Home EntertainmentInterview with YouTube’s Chris Lam: The Story Behind OneWingedChris

Interview with YouTube’s Chris Lam: The Story Behind OneWingedChris 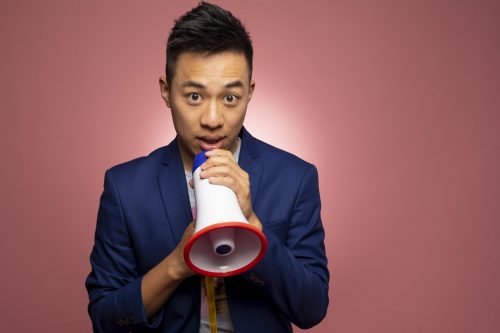 Hailing from Irvine, California, Chris Lam’s journey has been a long and humbling one. Originally an Electrical Engineering and Computer Science major from University of California Berkeley, Lam decided to pursue a career as an on-camera host and a content producer.

Growing up as a queer Cantonese-Taiwanese American, Lam has learned how to navigate both identities. “I honestly rarely feel [like I belong] because I feel like the odd person out in either spaces,” referring to Asian American and queer spaces. That lack of belonging is partially what drove Lam to create his YouTube channel. In terms of comfortability, Lam felt that he first grew comfortable with his Asian identity before his queer identity—partially due to his surroundings. “I grew up in a high school where every single boy, no matter what his race was, used the word faggot casually and used the word gay in a derogatory way,” Lam says.

Lam came out about his sexuality to his family during his sophomore year in college. Although they don’t talk about the topic a lot, Lam has found peace with the dynamic. “At first I felt like I had to tell them because I felt like I owed them that information and I had to reframe it as I wanted to tell them,” Lam says. He also felt a lot of pressure to come out in person, as if there were a “correct way” to come out—something he gleaned from white queer YouTubers.

“I’m coming out for me and when I feel comfortable,” Lam says. “If it’s not in person, that’s fine. The point is to get the information across, not about owing them anything.” Eventually, Lam came out to his mom over Facebook messenger. He feels happy about the decision that he made, even if it did not fit the stereotypical image of what coming out should be like.

It was in his college Asian American centered theater club, Theater Rice, that Lam developed his voice and confidence as a performer. During his senior year of college, Lam began his own YouTube channel. He hoped to emulate the success of Asian Americans that he admired, many of whom (if not all) were found on YouTube as opposed to traditional media. “There’s a lot of Asian YouTubers but none of them are gay, and there’s a lot of gay YouTubers but none of them are Asian,” Lam says. He hopes his YouTube channel can be a voice for underrepresented communities.

Lam is also known for his three-year career at Buzzfeed. There, Lam learned “how to advocate for [himself].” In this case, advocating looked like learning how to say no to things. The value of knowing when to take a break, drawing healthy boundaries, and valuing yourself are lessons Lam holds closely.

Recently, Lam also finished creating a series with Gamma Ray where he recommends anime to people who are new to the genre. In the future, he hopes to work with more anime studios and fandom sites like the Nerdist. His most recent work, “Straight Men Watch Drag Race With Me,”  can be found on his YouTube channel “OneWingedChris.”