McDonald’s kicked off their College Workshop Program—meant to inspire Asian American high school students to aim for academic success—this past Saturday in San Francisco with guest speaker Harry Shum Jr., best known for his role as Mike Chang on FOX’s hit show “Glee.” Shum joined a panel of four other renowned stars, including Yul Kwon, Dan Lin, Victor Kim, and Kathy Wang.
Shum discussed his own path as one of few successful Asian Americans in the entertainment industry. I got to speak with him beforehand about the oppositions he has faced in deciding to pursue a career path that isn’t in line with the Asian American stereotype.

“I have probably faced opposition and probably still have to. I guess I don’t see it that way, and I think that’s what made the difference between me and a lot of kids who were pursuing that. They were telling me ‘no,’ but I said I’m going to keep doing it because I feel like I can do it,” Shum said.

Shum also talked about being a minority in the entertainment industry. “I think there’s always an obstacle if you’re a minority in Hollywood. There are not that many roles so you kind of have to create your own. You can count with your fingers how many Asian Americans are actually on mainstream television, but I think it’s growing,” Shum said.

He recommends Asian American high school students who are thinking about pursuing a career in entertainment to stay persistent. “Do good work. At the end of the day, people support good work,” Shum said.

Shum went on to talk about how the start of his entertainment career was a dare from a friend to join a local dance troupe. “I was terrible, I sucked at it, but somehow I made it,” Shum said.

But once he picked up dancing, he felt like it helped him with schoolwork too because it made him happier in school. “There’s a balance,” Shum said. “You can’t just sit there and study so hard that all you care about is grades. That’s going to get you only so far and doesn’t always fulfill your soul. That shouldn’t be the sole thing that’s on your mind.”

The McDonald’s College Workshop Program are held until the end of October across the country. For more information on the program and guest speakers, visit www.myinspirasion.com. 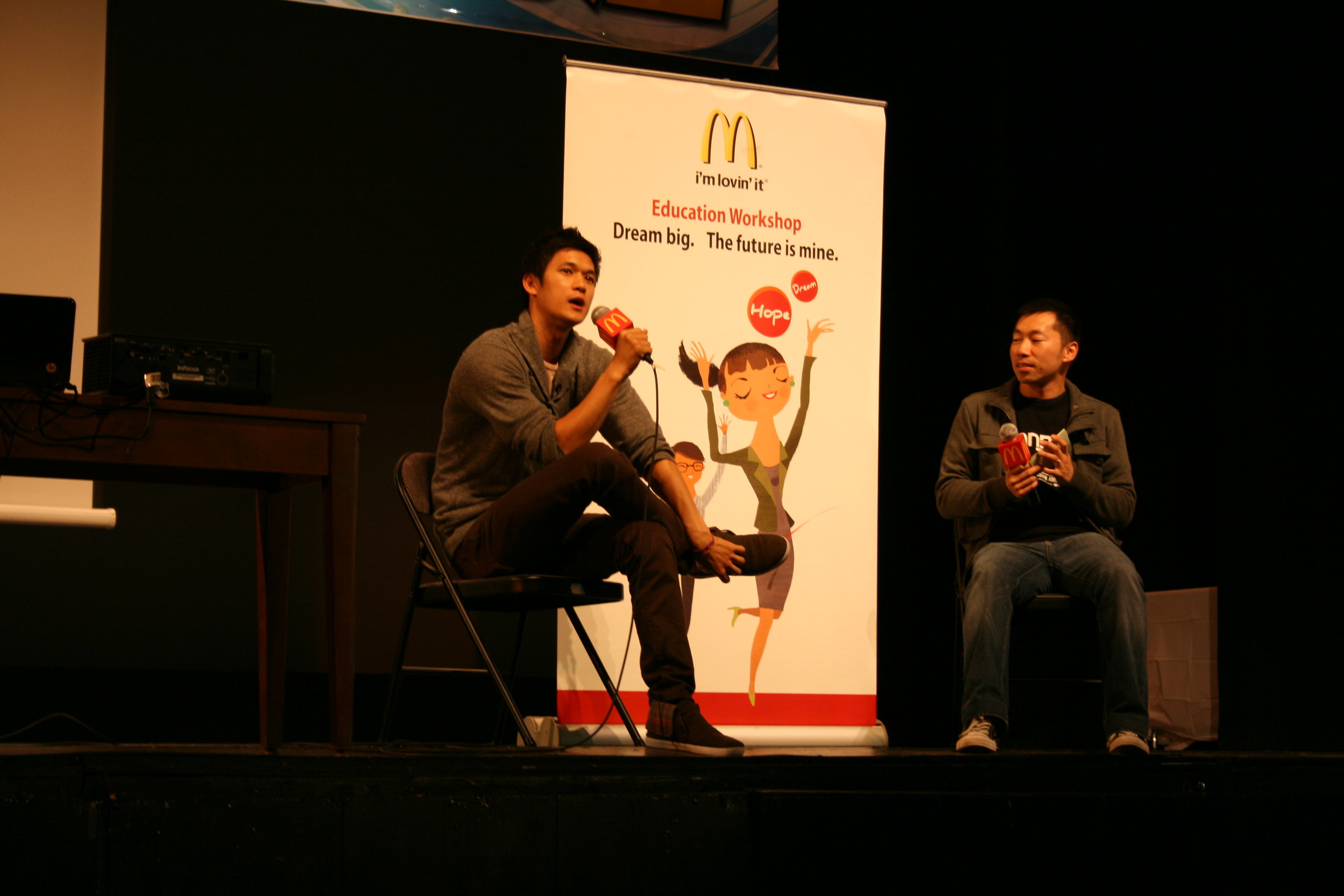