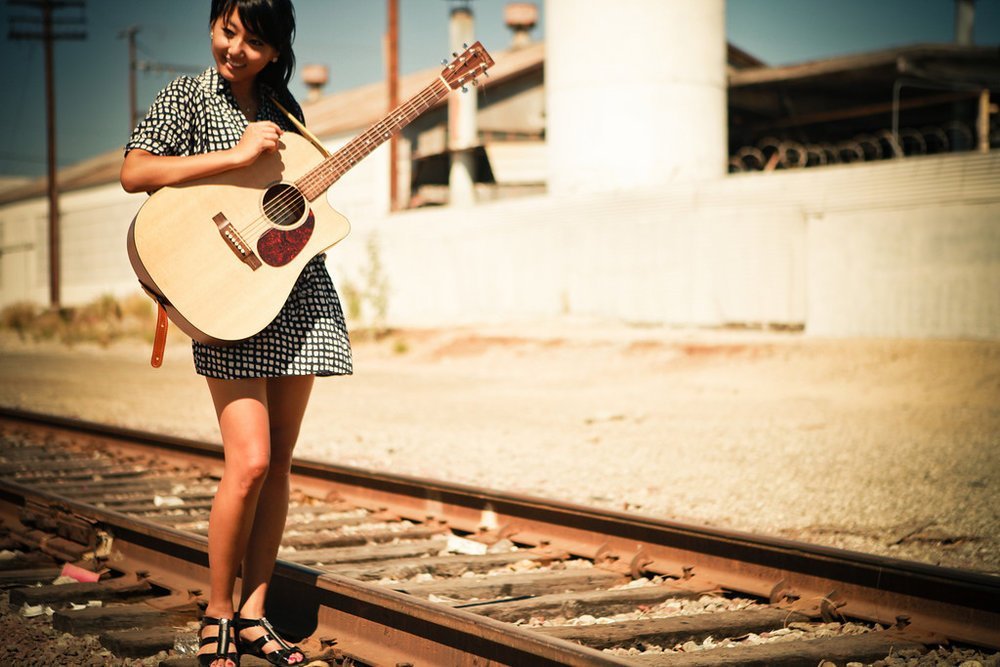 I absolutely adore Clara’s song “Offbeat” (the “la la la” refrain is insanely catchy), so I was thrilled that it was chosen as Clara’s first single and music video off her debut album, The Art in My Heart. The video is directed by Ross Ching, whose past music video work with other indie artists such as Death Cab for Cutie and Kina Grannis has garnered millions of views on YouTube.
The feel of the video is breezy, warm and whimsical—a perfect fit for Clara’s personality and musical style. I also love its artsy direction and crisp colors. Throughout the clip, a bright rainbow-tinted bubble floats along, intertwined with scenes of Clara cheerfully walking down a train track strumming her guitar. Ross Ching didn’t have to work hard at all to capture Clara’s infectiousness, and this video will undoubtedly win over many more fans for Clara.