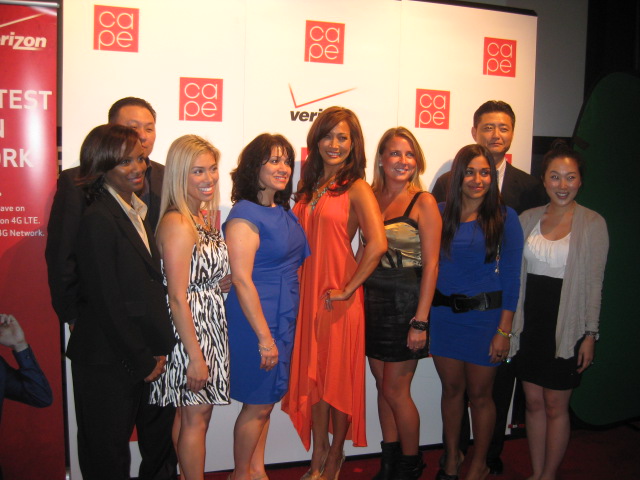 “The key to success in the business is innovation,” says Carrie Ann Inaba, a judge on the ever-popular celebrity reality show “Dancing with the Stars.” Inaba recently spoke about her experiences in the entertainment industry at an event hosted by the Coalition of Asian Pacifics in Entertainment (CAPE), an organization that focuses on advancing diversity and improving the images of Asians in entertainment and media.
Other than her work on “Dancing with the Stars,” Inaba is a dancer, choreographer, producer, and television host. She also serves on the CAPE Board of Directors.

One of Inaba’s first jobs was as a dancer on the late-night comedy show “In Living Color.” Inaba, who describes herself as having an athletic body type, used it to her advantage to become a “Fly Girl” on the sketch comedy program, which included past cast members like Damon Wayans and Jim Carrey. She learned early on to embrace the unique elements of her heritage.

“The biggest advice I have is to know yourself, your best parts, be proud of it, and showcase it,” said Inaba.

Inaba also notes that it’s important to live fearlessly and break boundaries. As a dancer in “Madonna: The Girlie Show,” she shaved her head, slid down a pole, and submerged herself in the performance as much as possible. She’s come out as a stronger performer as a result.

“In life, be fearless. Fearless is about having fears, but still going forward,” said Inaba, who also had a fear of public speaking but now puts her public speaking skills to work on “Dancing with the Stars.”

For Asian Americans who are aspiring to be actors and actresses, Inaba recommends not limiting yourself to certain parts but pushing to get into a wide range of roles.