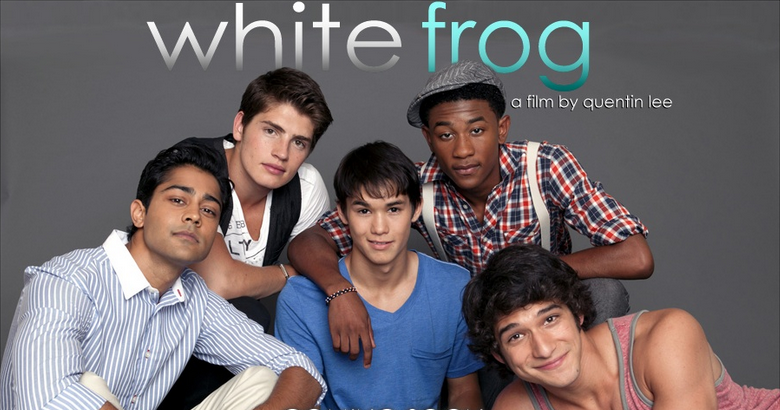 Lovers of indie flicks and Asian Am cinema, today’s the last day to watch “White Frog” on the big screen in L.A. Starring Booboo Stewart (of the “Twilight” series), the movie centers around Stewart’s Nick, a high school freshman with Asperger’s syndrome who must learn to cope with life after the tragic loss of a family member. Written by mother-and-daughter duo Fabienne and Ellie Wen, the film also stars Harry Shum, Jr., Joan Chen, and BD Wong.
In a brief interview with us, Stewart chatted about his role and what motivated him to take on this project.

“What a great opportunity for an actor,” said Stewart via email. Asked about his favorite experience during filming, he said, “I would say just trying to figure out my character—his quirks and just how he sees the world.” The greatest challenge? “Honestly and correctly portraying someone with Autism.” And to Mochi readers who are aspiring actors and writers, he sends this message: “NEVER GIVE UP.”

Head to the TCL Chinese Theatre 6 in Hollywood or the Laemmle Playhouse 7 in Pasadena through today, May 16,  see it at FilmOut San Diego on June 2, or catch it on Netflix.