Home EntertainmentBlush Is Back With New Single ‘Electric’

Blush Is Back With New Single ‘Electric’ 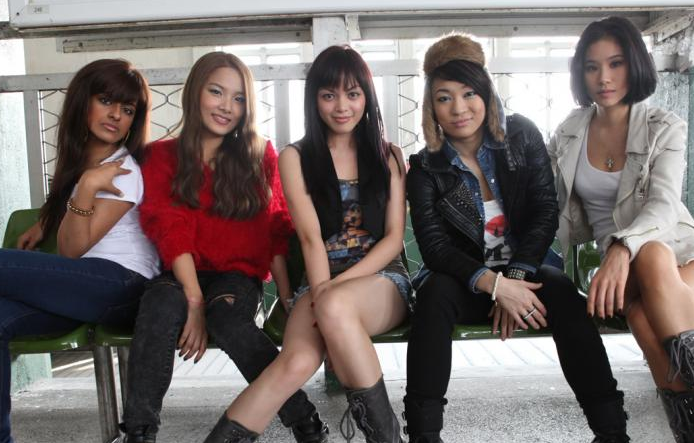 Blush passed their first anniversary this summer of their debut single “Undivided” featuring Snoop Dogg, but they’re back this year with an even bigger hit. Their latest single released earlier this month is an upbeat love song titled “Electric.” The music video is an animated video, which features five girls–Alisha Budhrani (age 20), Angeli Flores (age 22), Jihae Lee (age 27), Natsuko Danjo (age 22), Victoria Chan (age 29)–and two adorable robot teddy bears who fall in love. The video utilizes creative artwork and illustrates the fun, whimsical way love can hit you.
Although “Electric” is about new attraction, the Blush girls aren’t new to the industry. Their journey began in 2010 during Project Lotus, a multi-national talent competition, where the best performers from China, Japan, Korea, the Philippines, and India come together. Since then, Blush has opened for Justin Bieber, performed on the hit TV show “So You Think You Can Dance,” and released several other hits, including “Dance On,” which peaked at #1 on Billboard Dance/club charts for 11 weeks.

Alisha admits that it wasn’t always a smooth process, especially when 5 girls are thrust under one roof and forced to live together. “It is always difficult when you are put into a group or team and must work together to come to the same conclusions.” For the self-proclaimed “baby of Blush,” what was new was “learning how to do my own laundry and the housework in an environment with four people I have never lived with. I only just graduated from high school, so Blush has been like my college experience.”

Just like college, diversity can enrich the experience, and for these girls, who are all from separate countries, it works in their favor. “We all have unique personalities because of the different cultures we have grown up in, and I think this really adds to the dynamics of the group,” says Victoria. “At the end of our song ‘Undivided,’ we all sing the line ‘I Love You’ in our own languages and this is something that our fans have really love.”

One thing that surprised the girls about the music industry was what goes on behind the scenes. “We are so much more comfortable in these environments now compared to when we first started out,” notes Ji Hae. “Although there is not a lot of physical sacrifice, there is a very hard emotional.”

That’s not to say they don’t love what they do. Alisha remarks that she is still everyday “blessed and grateful to say that I am so lucky to have this opportunity.” And for any girl considering music as a career, though it’s tough, the group’s advice is simple “live, breathe, eat, sleep, drink music.” If you fully throw yourself into your work, have a passion for it, and enjoy it, then as the girls say, “what you do remains a dream [fulfilled] rather than a ‘job’.”