Are Beauty Pageants Worth It? 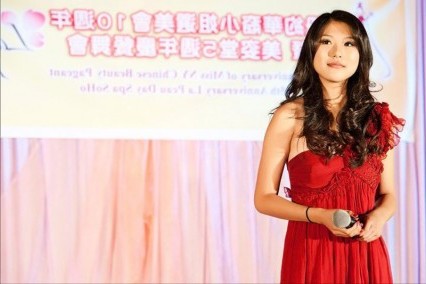 Behind the glamorous ball gowns, Victoria Secret-worthy bikini bodies, and million-dollar smiles, little is actually known about what it takes to participate in a beauty pageant. We often assume that being in a beauty pageant is only a matter of superficiality, for lack of a better word. But in fact, it takes a lot of hard work—or in some tragic cases—sacrificing a bit of your privacy, integrity, and self-respect. As revealed in Fashionista‘s latest series “Confessions of a Miss Korea Contestant: A Tale of Plastic Surgery, Scandal, and Pageant Prisoners,” girls who compete in the Miss Korea pageant are constantly followed by security guards. Whether they are changing in their dressing room or going to the bathroom, a security guard is always there to ensure that they don’t do anything to compromise the integrity of the pageant. The story goes that a girl who participated in the Miss Korea pageant one year secretly went into a restroom with a plastic surgeon and her mother to perform a cosmetic procedure that apparently only took a few minutes. So to avoid compromising the competition, judges have enforced a crazy rule to have contestants followed around wherever they go.
Mochi staffer Cynthia Zhang recently wrote a story for Quora, sharing her pageant experiences competing for Miss Chinese International in Hong Kong. While she didn’t experience the extreme living conditions that the Miss Korea pageant contestants had to deal with, she can attest to months of sleepless nights and arduous days doing photo shoots and filming promotional interviews and commercials, training for your talent routine (whether it’s singing, dancing, or playing a musical instrument), learning proper etiquette, and taking classes on hair, makeup, walking, and posing. And though she didn’t give into the Asian notion that she should lose weight, many girls who competed in the same pageant were extremely self-conscious about their weight and body image; some even starved themselves several days before the competition.

So is all of this worth it in the end for a crown and title? Yes, you might make friends for life, gain recognition and fame in your community, and build connections that can launch your career. But is this really what it takes to have it all? Even if you participate in a pageant with substance that gives back to the community and promotes charity, is beauty really worth all the pain and agony? No matter what kind of pageant you’re participating in, the most important part to consider is whether this is the right path for you, what kind of sacrifices are you willing to make, will it threaten your health and safety, and will it ultimately make you happy. Share your thoughts here.