Home EntertainmentAMC’s “Into the Badlands” Not For The Faint Of Heart (and a Giveaway!)

AMC’s “Into the Badlands” Not For The Faint Of Heart (and a Giveaway!) 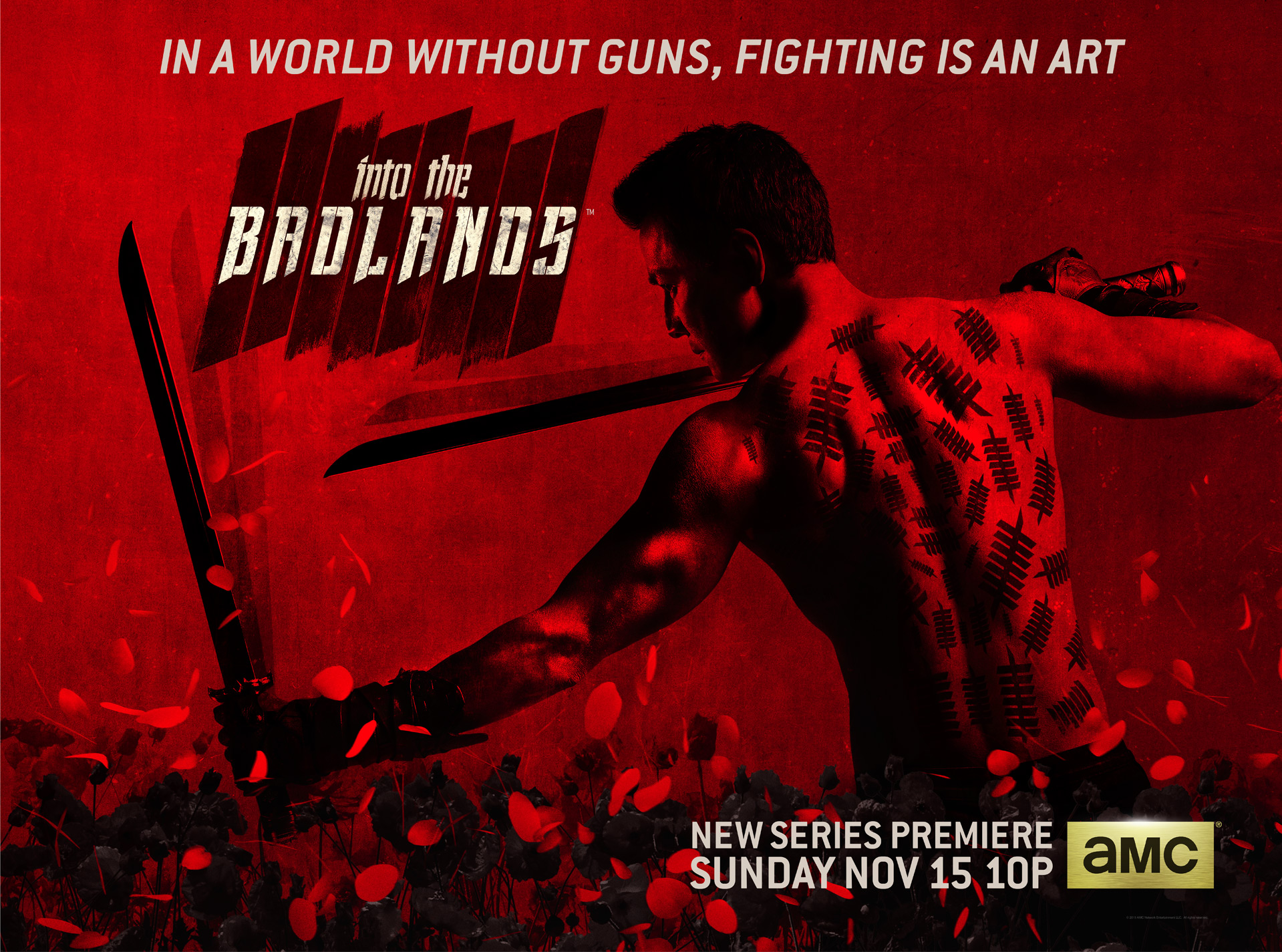 AMC’s new show “Into the Badlands,” which premiered on Nov. 15, is not intended for the squeamish. The opening scenes of its pilot episode set a violent tone, foreshadowing what is sure to be a bloody, intense first season. Featuring beautiful scenes of gothic New Orleans, the show has been praised for its genre-bending, mixing Western-esque elements with traditional Hong Kong-style martial arts components.

“We decided to embrace the sort of history and the potential fabric of the region to really make that a character in the show,” explains Daniel Wu, the show’s leading actor and executive producer.

The show references the classic Chinese fable about finding enlightenment, “Journey to the West,” but also explores the dystopian future in a world where guns don’t exist and where martial arts is considered “the great equalizer.” Wu’s character, Sunny, is a Clipper – a lethal warrior, branded with 400 tattoos that signify the number of people he’s killed. “Badlands” is set years into the future, where the only known civilization is controlled by all-powerful barons, much like Sunny’s master, Quinn.

In the pilot, Sunny meets MK (Aramis Knight), a boy from the mysterious Badlands, the territory outside the realm of the barons. The boy turns lethal when he bleeds, and the two build a sort of twisted camaraderie, sure to be explored in the upcoming season.

With an elaborate fight scene or two per episode, the show’s cast is probably one of the fittest on television.

“We had a six-week fight camp where we were able to train them and really all of our actors had zero experience,” Wu says. “The key to making it all work was really, during the training period, teaching them the basics of martial arts. But you can’t make masters out of them in six weeks.”

The show was very adamant about finding talented actors first, with martial arts or athleticism a bonus. “Badlands” features a range of compelling characters that Wu feels every type of audience member can get behind.

Want to get in on the action? Mochi is hosting a giveaway of prizes that include “Into the Badlands” memorabilia and an exclusive DVD of films that inspired the show, with commentary from the show’s creators. The giveaway will take place from Nov. 23 through Nov. 30 and the winners will be announced on Dec. 2.