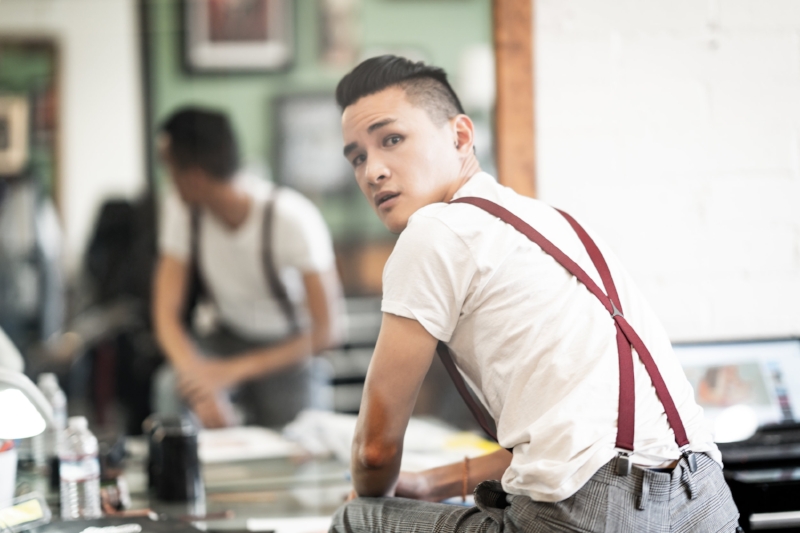 Born in Silver Springs, Maryland to Taiwanese immigrants, Hank Chen has always admired performance. From elementary school skits to acting gigs in Chicago after college to his current career in stand-up comedy and full-time acting, Chen has never failed to shine. It’s his charisma and dedication that has brought him to great opportunities, including the new TV film, “Life Size 2,” alongside Tyra Banks and Francia Raisa.

Were you a fan of the first Life-Size movie?

Yes, of course! Most of the cast was a fan. It was one of those movies everyone watched. It was kinda like – playing in the background.

Could you describe your character, Brendan, and what you love about portraying him?

Brendan’s last name – Butler – is kind of a play on words because he works for the main character, Grace. He literally drives her around, wakes her up after hangovers, advises her as a friend would… they’ve been friends since childhood.

Was there any difficulty stepping into Brendan’s character?

No! I had a lot of fun. The way that I approach acting is that I always put myself into everything that I am reading for. So, for instance, often times writers don’t envision a character being gay and Asian. But when I read for Brendan by default, he becomes gay and Asian. When I read it, it became different and I think that’s how I approach my art – accepting that I’m in the room to shift the perspective or change someone’s mind because more often than not I am not the idea when someone created the role.

How was working with Tyra Banks?

Working with her was amazing. Tyra Banks is an icon and she’s someone I’ve always been aware of as soon as I had a pulse on pop culture. Just the other day, she popped up on a Michael Jackson video and I was like, “Oh My Gosh!” This woman has done everything and what’s crazy is that now she’s a colleague and we have a personal relationship. We’ve talked about goals and things that inspire us and she’s not even halfway done. Even with all she’s done, there’s another avalanche of Tyra coming.

What are you up to next?

Well, right now I’m in Kenosha, Wisconsin and I’m opening up for a couple of my friend Charlie Beren’s shows. I perform stand-up in between acting to keep my brain exercised and to keep my sanity because as an artist, you’re looking for ways to express yourself. As an actor, you’re always having work generated for you.

Mentally, I’m not in a good place when I feel stagnant so I’ve been trying to build my stand up in the last year since I left it a decade ago so it can sustain me when I have any dry spells. Work wise, I just wrapped up a role with an established series. I’m really proud of it but I can’t talk about it. However, it’ll come in 2019.

What are future career goals?

I want to continue to pay my rent and feed my dog from money that I earn from acting (laughs). If I were to be more aspirational, I would want to be a more regular series actor and in between seasons, I would like to act for really cool movie projects in big cities. On the weekends, I would love to do stand-up around the country to make people laugh and meet people.

How was your experience as an Asian-American actor?

My journey entering the business was not easy. I was always a ham as a kid, like the class clown. I had a knack for making people laugh so I dabbled in it like how any class clown would by channeling it into school plays or any opportunity to do presentations. However, when I pursued it professionally, my parents were strongly discouraging. As a result, I felt like it was never a dream I could fully share with them and so I often went to the library and cleared the shelves with books about acting. I would find myself secretly pulling books out from underneath my bed to read about how to get an agent or the best way to take a headshot. I kept it a secret until college and my parents didn’t know and that’s when I started stand-up in Chicago.

I was studying Sociology and Communications because I wanted to be as well versed in the study of human beings as possible. Then I started taking acting classes in Chicago along with doing stand up. Before I graduated, I decided to take the leap and was able to get my first agent ever in Chicago. I ended up attending the acting studio and got into a program at Pace University in New York. Shortly afterwards, I got into “Law and Order” because I had an amazing representative that believed in me before I even believed in myself.

It hasn’t stopped since, in spite of wanting to leave many times, because I knew that my heart was in this. I could make a million dollars in careers other than acting but I would be miserable within a year. So I knew that even if I just starved for a while, I could build a life I loved. 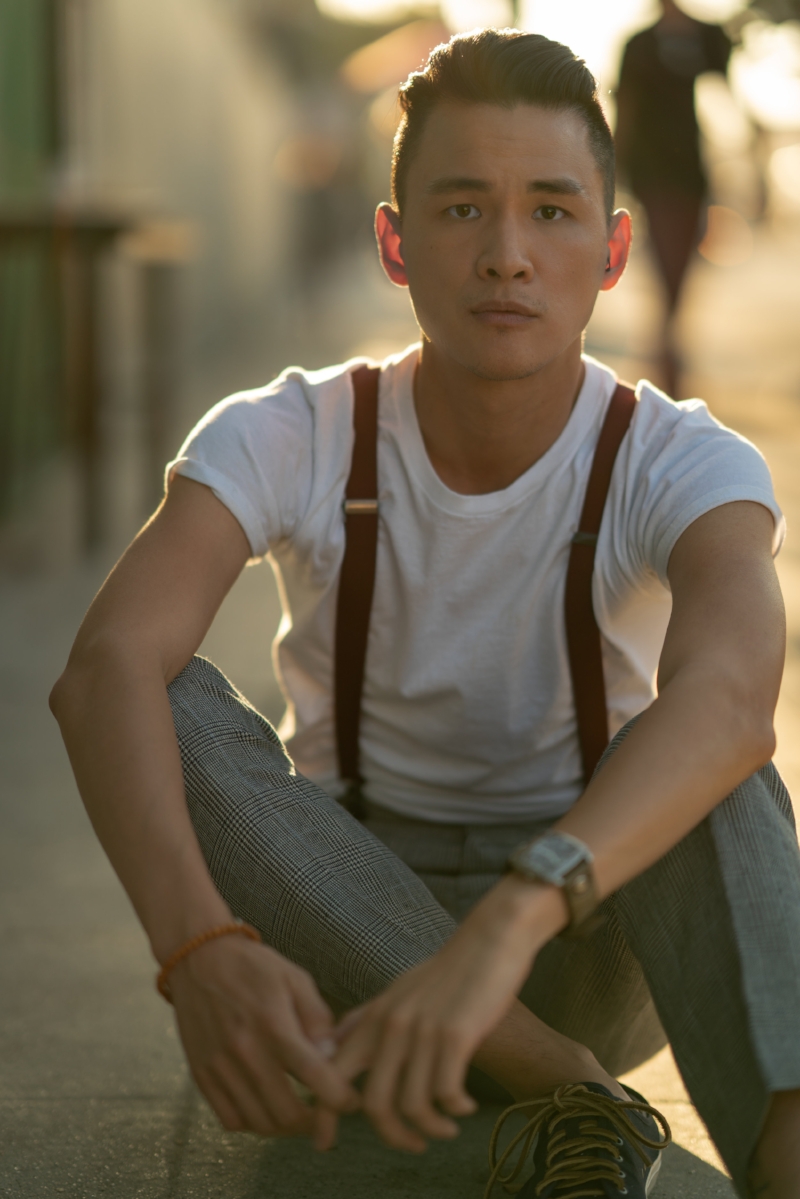 What advice would you give to aspiring Asian American actors?

When it comes to encouraging other Asian American talent, I must say that your dream is precious so don’t let anybody hurt it. It’s like a newborn baby, so don’t let anyone hold it who you don’t trust fully because it’s so fragile. I recognized that thankfully and I didn’t share it with anyone who would mock it. If I sensed someone would, they would not be in that part of my life. I needed to move forward without any negativity. Now, my life is full of people who do the same and support me.

I want to encourage others to be patient and gracious with relatives because they are coming from more of a conservative culture that values financial stability and so the thought of having a child so vulnerable in the public eye would scare them. However, this is your life and you’re the one who has to live it so make sure you are proud of it.