Home EntertainmentActor Chen Tang on Masculinity, “Mulan,” and the Military 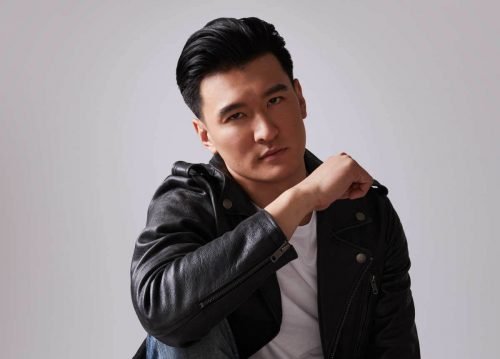 The most recognizable Chinese legend in the U.S. has to be Mulan, a tale that has been retold many times. In the story of Mulan, originally a lyrical poem, a woman disguises herself as a man to take the place of her father in the Imperial Army to fight against northern invaders. Disney’s hit animated film “Mulan” (1998) takes the legend and livens it up with some sidekick characters, such as the trio of soldiers, Yao, Ling and Chien Po, who befriend Mulan and add humor to the epic story.

This September, “Mulan” returns to film in a live action version on Disney+. Even though Mushu the imaginary dragon isn’t in the film, the soldier trio is.

Mochi magazine had the pleasure of interviewing actor Chen Tang, who plays Yao, a middle-aged soldier with a black eye in the animated version. Tang holds previous acting credits in “Grey’s Anatomy” and “Agents of S.H.I.E.L.D.” as Agent Kim, but “Mulan” will be his biggest project to date.

Find out how Tang went from a boy growing up in Tennessee to appearing on the big screen as the army buddy of the woman warrior who saves China. The following interview has been edited for clarity and brevity.

YS: Can you talk about your journey so far? What were you like growing up?
CT: It’s funny because I had an international childhood. I was born in Japan, [and] was about six when I came to the States. I grew up in China then moved to Tennessee — the Deep South. I grew up like a Southern boy and was really outgoing. The Deep South holds really All-American values. I had a Southern accent because that’s how I learned English [and] always felt like a Southern boy.

When my parents were studying, my grandmother raised me. I was a free-spirited, independent kid. I was always in my own little zone and had a big imagination — maybe because I was a loner.

YS: Did they expect you to go into acting?
CT: It was a shock when I thought I was going to do it. My parents were medical doctors when they came here. Everybody had a scientific mind. When I graduated from high school, I wanted to be a soldier and join the military. But when I wanted to pursue this art, this craft, and this job, it was a huge shock for everybody. One, they didn’t expect it. Two, it was like an Asian parent thing of “How are you going to support yourself?”

YS: Your IMDB bio mentions your relationship with the military and how that’s had an impact on you. Can you talk more about that?
CT: I come from a military family: my grandfather was part of the People’s Liberation Army. My great uncles and uncles were all in the military. I think it runs in my blood. I really have a lot of respect for people in uniform — it doesn’t matter the country. There’s a sense of duty. You’re serving something bigger than yourself. That’s always appealed to me.

YS: Speaking of duty, that’s a big theme in Mulan. What does the legend of Mulan mean to you?
CT: For me, it’s about serving something bigger than yourself. That’s the way I approached my role as Yao. This is a kid who thinks he knows what it takes to be a man. A lot of times when you start, you think it’s just you. And as you go through something, you start to fight for something bigger. Not only as a character, but going through filming as an actor. It’s what we went through as actors shooting in New Zealand. I’ve known about this story since I was three or four in China. Mulan is doing this because she wants to take care of her family. She’s doing this for more than herself.

YS: Another theme in Mulan is manliness or being a man. What does masculinity mean to you?
CT: Masculinity means wanting to take care of people around you. It’s really just a feeling for me. For me, it’s not a sense of gender, if you’re female or male. It’s more a feeling of need — as a man, as a human being — I want to keep people safe, support and take care of them. That’s something that ties into not only Chinese culture, but Southern culture as well.

YS: Mochi recently ran an article about the stereotype of Asian men being seen as less masculine in online dating. What are your thoughts on that?
CT: I’ve lived in the States for a while, but I’ve always gone back to China all the time. In many ways, I feel more Asian than Asian American. The world tells us we’re not manly, but if you go back to China, men there are the manliest men ever! The more we feel that, the more we teach people how to treat us. Other people learn how to treat us by how we carry ourselves.

YS: Let’s talk about acting. What does being in “Mulan” mean to you?
CT: Obviously I’m super happy about it. It was one of the great experiences of my life. The news will always mean something to other people, and that’s a great honor and responsibility to represent them well.

YS: What brings you satisfaction in your work?
CT: Most actors never feel good enough about what they’ve done. In seriousness, I never feel quite satisfied. There’s always something more you can explore. You always feel like you’re getting closer to living this thing. I always feel like I can add more, different experiences as a character. I always feel good about my work when I believe I’m living it.

YS: Do you ever feel like you’re not doing great or get stuck?
CT: That happens more often than not. I’ve been really fortunate to have great friends around me in LA. They’re my kindred spirits. There’s a word for it in Chinese, zhiyin (知音) — it means someone who just gets you. Like a soul friend. Usually I try to keep positive people around me. Some of my best friends are actors. These are the people who when I feel like I have a bad day [and] I just need to vent, I go to them. They’ve talked me off many ledges.

YS: Are there any actors that inspire you?
CT: Recently, Rami Malek. He’s everything I aspire to be in my work and the way I approach my work. Just the depth and detail that goes into his preparation. We have shared an acting coach. The way that he creates and crafts these characters. There are details he finds that I’m like, of course he would know this! I love the depth to which he explores, like what kind of music the character would listen to, even if it’s not in the show. That’s so much fun to do.

YS: What’s next in your career?
CT: Well, right after I did “Mulan,” I had the great fortune to do a show for a whole season. It’s “Warrior” on Cinemax. I joined for the second season too. It’s a really awesome martial arts drama set in the 19th century based on an idea by Bruce Lee. It’s about 19th century Chinatown gang wars with a Tarantino vibe. It’s like “Peaky Blinders” with kung fu. I’ll be playing Hong.

YS: Now for the fun questions. Who was your favorite character in the animation?
CT: Yao! I’m not even lying. He’s fun. We had so much fun on this project together as the trio, the squad. Even before I got this role, I loved those three guys.

YS: If you weren’t an actor, what would you be doing?
CT: I’d probably be in the military or a painter. Some kind of artist. To be honest, I genuinely wish I could have enlisted. It’s one of my big regrets in life.

YS: What job would you be terrible at?
CT: Any business job, like an accountant. I have no patience. I can’t even think like that. I think I’m too careless.

YS: What is your favorite fast food place?
CT: I’m from the Deep South. We know fried chicken. There’s a great Southern chain called Gus’s. That would be my favorite.

YS: What do you watch in your free time?
CT: “Rick and Morty.” I love cartoons. I’m a huge “Simpsons” fanatic — sometimes I just play the old episodes in the background. I can quote from Seasons 1 to 10.

YS: What would be your dream character to play?
CT: I love being able to transform and go through a different life, something that’s completely different than anything I’ve experienced. I’ll give you my top three:
#1 Bruce Lee biopic. He’s such an inspiration to me.
#2 Drag queen. I have friends who are professional drag queens. They’re amazing. I want to live this life for a little bit and do it justice and honor. It’s a whole lifestyle and for a group of people, this is really important to them. I would love to explore that.
#3 The world of Wall Street. I would love to play a banker or a shark. Right now that’s at the top of my head.

YS: That’s the opposite of who you would be in real life.
CT: That’s the fun of acting. Why would I want to play just me? I can think of nothing more boring.

“Mulan” will be released on Disney+ on Sept. 4, 2020. Tang also appears in Season 1 of Cinemax’s “Warrior” with Dustin Nguyen. Follow Chen on Instagram.