Unpacking the Complexities of Asian American Identity in “Minor Feelings” 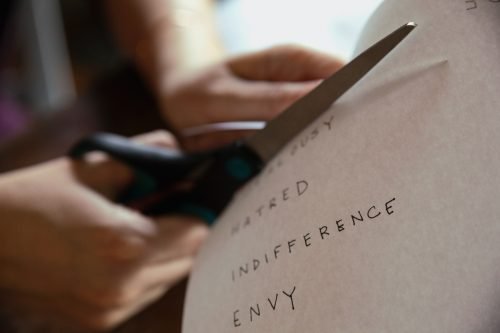 In “The Indebted,” the final essay of “Minor Feelings,” Cathy Park Hong remarks, “I was never satisfied with those immigrant talking points about ‘not belonging’ and ‘the sense of in-betweenness.’ It seemed rigid and rudimentary, like I just need the right GPS coordinate to find myself.”

Personally, as I’ve grown up and come to embrace my Asian American identity, this is how I’ve most often seen myself — as someone stuck between two cultures. That comes with its own complications and contradictions. But Hong’s words struck me and, as The New Yorker’s Jia Tolentino put it, “bled a dormant discomfort out of me with surgical precision.”

Hong is the poetry editor of The New Republic, a professor at Rutgers-Newark University and the author of several poetry collections, including “Dance Dance Revolution” and “Engine Empire.” Her latest book, “Minor Feelings,” which was released at the end of February this year, presents itself as a collection of seven essays, described as “part memoir and part cultural criticism.” In her second essay, she explains the concept behind the book’s title: “the racialized range of emotions that are negative, dysphoric, and therefore untelegenic, built from the sediments of everyday racial experience.” She adds, “There is no immediate emotional release in the literature of minor feelings” because these feelings are cumulative. With Hong’s description of “minor feelings” then, the book’s subtitle as “An Asian American Reckoning” feels apt. One comes to a reckoning over time, and this book represents hers: as a result of an accumulation of minor feelings.

Though more than half a year has passed since publication, I read “Minor Feelings” in early July, a pivotal point in the year. By then, we were a few months into the COVID-19 pandemic. Stories of anti-Asian racism were continuing to circulate, which resurfaced fears around my own — and I’m sure many others’ — Asian American identity. But we were in the midst of another reckoning around racial justice too, with the resurgence of the Black Lives Matter movement. In writing her book, Hong could not have foreseen these recent events, yet she touches on some of these feelings that are present now, making her writing feel ever-relevant. Though her essays highlight her own experiences as a Korean American, she recognizes the place these memoirs have in the larger context of time.

Throughout her book, Hong makes one thing clear: The Asian American identity is anything but. In “United,” she prefaces her book by describing the multifaceted “Asian American” experience — if there even is one — recognizing the complicated sense of community that comes with the title. “Most Americans know nothing about Asian Americans […] They don’t understand that we’re this tenuous alliance of many nationalities,” she writes. “Do I mean Southeast Asian, South Asian, East Asian, and Pacific Islander, queer and straight, Muslim and non-Muslim, rich and poor?” Even as an Asian American, it’s easy to forget that there is nuance to the label, especially when you resemble what most people view as typical.

While Hong can only speak from an East Asian, and even more specifically, a Korean American, perspective, her heritage still puts her in an interesting position: the complex intersection of discrimination and privilege that comes with the model minority myth. She gives some background to the term: “Asian American success was circulated to promote capitalism and undermine the credibility of Black civil rights: We were the ‘good ones’ since we were undemanding, diligent, and never asked for handouts from the government.”

However, that status can change at any moment, she reminds us; we are always at risk of being othered — or more often, disappearing. To truly dispel the myth, “one must also be able to balance multiple truths” of other perspectives, not just under the umbrella “Asian American” identity, but part of the bigger picture, in our relationship with other racial groups. After all, Hong says, “I belong to a group who have been given advantages over Black and Brown people.” While we can accept our own struggles with discrimination, what happens when we are still given the upper hand in most cases? Even as the oppressed, we can act as the oppressor when we uphold these norms that end up creating a separation among races. “Pitted against each other, we are enraged separately, and grieve separately, and feel frustration separately […],” Hong writes. It’s important to account for other narratives and use them as a counterweight to challenge the knowledge given to us.

To even begin to understand our place in where Asian Americans are now, we need to look at the past. And Hong includes in her cultural criticism a myriad of stories and examples, pulled from Korean and American history. In unpacking the identity of the Asian American woman, the penultimate “Portrait of an Artist” focuses on the work of South Korean-born writer and artist Theresa Hak Kyung Cha, whose murder at age 31 seemingly overshadows her legacy. Through “Stand Up,” she broadens the view a bit. She examines the 1992 L.A. Riots and its impact on Koreatown, providing a backdrop for the relationships between the Black and Korean communities, and even sharing examples of solidarity among the two during that time. In “The Indebted,” she tells a similar story of Black and Asian solidarity through that of Yuri Kochiyama, an intersectional Japanese American activist, who fought for the civil rights of all and was known for her close friendship with Black activist Malcolm X.

Hong complements these historical details with her own evolution of identity through personal anecdotes. “An Education” deconstructs her development as an artist and poet through her college friendships with two other Asian women at Oberlin. “We were the only ones who demanded we be artists first,” she remembers. But it wasn’t until after college that race began to bleed into her work. “A polemic,” she calls it, “in that we must confront the white capitalist infrastructure that has erased us, but also a lyric, in that our inner consciousness is knotted with contradictions.” It came to a point, when “I couldn’t suspend my Asian female identity no matter what I wrote […] writing made me realize that even without myself present, I still couldn’t rise above myself.” The way she describes her writing then, in “Bad English,” almost feels like a form of activism — using and experimenting with language as a way of decentering whiteness and “speaking nearby” other racial experiences to understand those outside her own.

It’s in her last essay that Hong recalls, “In college, I was more interested in art than activism, so I discovered our radical history rather late […] I embraced all the half-based opinions without doing any homework […] It concerns me how fast I dismissed the hard work of my activist predecessors [and it] makes me worried about the future, about this nation’s inborn capacity to forget […]” That approach is something I see in my own evolution too. Though I’m not new to conversations about race and my Asian American identity, when I compare the way I’ve approached them in the past to the ones that are happening now, it seems naive.

As Hong writes again in “Stand Up,” “even that description of victimization and incriminalization [in Asian American identity] is overly simplistic.” And now, as I write, I worry that my review of her book oversimplifies all that she’s trying to say. In the current context of the world, there’s almost a sense of urgency that comes with her writing, for us to look not just within ourselves, but at the world around us. Reading “Minor Feelings” as an Asian American gives you a lot to think about, not just in the truth that we can relate to in these stories, but in what you might have missed before.

“I want to destroy the universal,” Hong says of her work. The thing that separates us from one another — not just among Asian Americans, but other racial groups. It’s through her reckoning, that I have found the beginning of mine. An evolution that I hope to carry forward and one I hope to grow and continue learning from.