The Magical Connection of Words 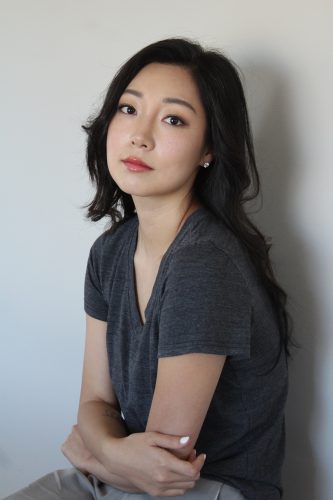 In 2016, Seattle-based poet, author and translator E.J. Koh was ready to quit writing. For years, writing consumed her life and became inseparable from her identity and her perception of success. She knew that to separate her value from what she produced, she had to surrender the one thing that defined her. That decision to give up writing birthed Koh’s Love Letter Project and her goal of handwriting 1,000 love letters to strangers.

“At the time, I could not call myself a writer,” she recalls. “The word ‘writer,’ I thought, was too big for me, or I was too small for it. I was working on my poetry book and the translations of my mother’s letters. Then I gave up – and giving up – what a beautiful thing it was for me.”

The absence of writing amplified her need to connect with others, to let others know that she was listening, and to feel loved and connected. She realized that was the point of writing. One night, she Tweeted out a request for people to share something about themselves with her – a struggle or a question – and include their physical address. In return, she would send them a handwritten letter.

“I could live without writing, but I could not live without human connection,” Koh says. “1,000 [letters] was the number I saw in my mind.” Since then, she has received requests from all over the world, including Australia, South Korea, Mexico, Canada, Singapore, South Africa – and even one from across the road of her current residence. In early September, she posted her 170th letter.

Her letters are always two pages and she writes them as if she’s sitting across from the recipient. It doesn’t matter that they are strangers. The concept of loving strangers sounds unfamiliar to most people, yet Koh says the unfamiliar becomes familiar through practice. As such, she has genuinely come to love the strangers who reach out to her. Her hope is to be authentic, to acknowledge that the other person has been heard, and to affirm that whatever is happening in their lives is okay.

Some recipients write Koh back, some don’t, and others ask if they can write back. When asked, Koh encourages people to write love letters to other people rather than to her. “Sending a love letter, I’m also giving myself a chance to love somebody. […] And it would be a gift to me if they would write a love letter to somebody who might be the last person to expect one from them.”

Today, Koh is the one sending letters. But as a teenager, she was on the receiving end. In January 2020, Koh published her memoir “The Magical Language of Others,” sharing letters from her mother during a period of separation. Early in the memoir, we see 14-year-old Koh living with her brother in a college town in Northern California, while their parents spend what ends up being seven years across the world in Seoul. The book ends with Koh as an adult getting reacquainted with her parents and exploring her work as a poet and a translator. Woven into these stories are historical narratives about her grandparents and parents – the secrets, tragedies and fears surrounding the Korean War – and an example of intergenerational trauma that has become an essential part of Koh’s work.

Just as Koh writes letters to connect with others, her mother’s letters carry an unspoken plea to connect with her daughter. Her maternal guilt seeks assurance that her daughter does not harbor any animosity or resentment. But that assurance isn’t readily given, if at all. Feeling self-conscious about her ability to respond in Korean, Koh never replies to her mother’s letters.

To Koh’s mother, the letters represented her presence, a “constant dispensation of love” to her daughter, as Koh describes them. But that was a one-sided perspective; the letters were painful for Koh. “The presence of her letters was a constant reminder of her absence,” Koh remembers. “How I longed for her to come back to me, how I longed to be touched, hugged – the little stuff.”

In the memoir, someone asks Koh if she has read the letters recently, as an adult. Koh explains that she did not, because she had “made [my parents] dead so that I could live without them.” People around Koh questioned her parents’ decision, accusing them of abandonment, unbelieving that they would ever do the same with their own children.

Koh elaborates, “[My response is] a very selfish and subconscious question: Would it have felt differently if they had died rather than left me on this side of the earth? […] There is also the question of how one might manage life, as a young person, without your parents. What must you believe to make living possible?”

This thread of abandonment and release is woven throughout the memoir, and in Koh’s life beyond the book, she continues to practice letting go – specifically related to her relationship with her mother.

Now, Koh describes her mother as her closest friend, but one who “prefers to find me rather than to be found. […] She is always going.” The idea of her mother slowing down long enough to write a letter is unfathomable. Ironically, now Koh is the one who is more likely to write her mother letters in Korean, having studied the language as a translator. Her mother displays them like a parent does with her child’s artwork. The letters are taped above the nightstand, treasured in boxes, or presented to visitors.

“It’s still my work – to let go,” she says, sharing a story about overhearing a mother and daughter conversing in Korean. The daughter was complaining about using the toilets at a campsite, and the mother was trying to convince her that it was the perfect place to go. Hearing the language, but also the tenderness of the mother’s tone transported Koh to a place of sadness, when she was a girl with her own mother.

“I know that, for my mother, it would have transported her to be with her own mother,” Koh says. “She is somebody’s daughter, somebody who is longing for her mother. I am still learning to let her go, seeing her not only through my eyes but through the eyes of time.”

Koh is currently completing her Ph.D. in English Language and Literature at the University of Washington in Seattle and recently co-translated “The World’s Lightest Motorcycle,” a collection of work by the Korean poet Yi Won that will be published in June 2021. Her ongoing work through the Ph.D. program centers around researching Korean history and cinema, Korean American literature, and contributing to the study of intergenerational trauma through han (한 or 恨) – a concept explored in Koh’s memoir. This term is the so-called untranslatable word for a deeply oppressive and generational sorrow, or the gap between trauma and reparation that cannot be closed.

Koh’s research focuses on the language that travels from one generation to another. While words create intergenerational wounds, Koh has discovered that words also can bring healing, and research can rehabilitate. Finding new ways of telling stories about our past can impact how trauma is passed down or reversed.

“I am continuously in awe of how words and stories resonate across time,” Koh says, adding that han is perpetuated not only in stories with han, but also through the awareness of whether or not people are using han in their words and stories. “A story must be aware of itself even if the storyteller cannot do it themselves. We are all storytellers. What if we could leave room in the story for it to reach the things we cannot at present?”

As someone who dives into the darkness of the past, the work can weigh heavily on Koh. But she has found a way to examine trauma through a redemptive lens. “When I am studying about trauma, I am also studying about love – about care in the everyday, forgiveness and letting go, and these things give me a sense of life,” she says. Through her research, translations and writings, Koh has taken the intergenerational pain of her family history and found the love beneath. Along the way, she is also forming a cycle of love and healing through her writings and love letters – and the letters that will be written to others as a result. By creating new stories to pass down through generations, she has chosen to break the cycle of trauma.

E.J. Koh is author of “The Magical Language of Others” (Tin House Books, 2020) and “A Lesser Love” (Louisiana State University Press, 2017), winner of the Pleiades Editors Prize for Poetry. Follow her on Twitter and Instagram or visit her website at www.thisisejkoh.com.