Home FashionCreating Pepper’s ‘All-You’ Bra, a Bra that Finally Fits the Way It Should

Creating Pepper’s ‘All-You’ Bra, a Bra that Finally Fits the Way It Should 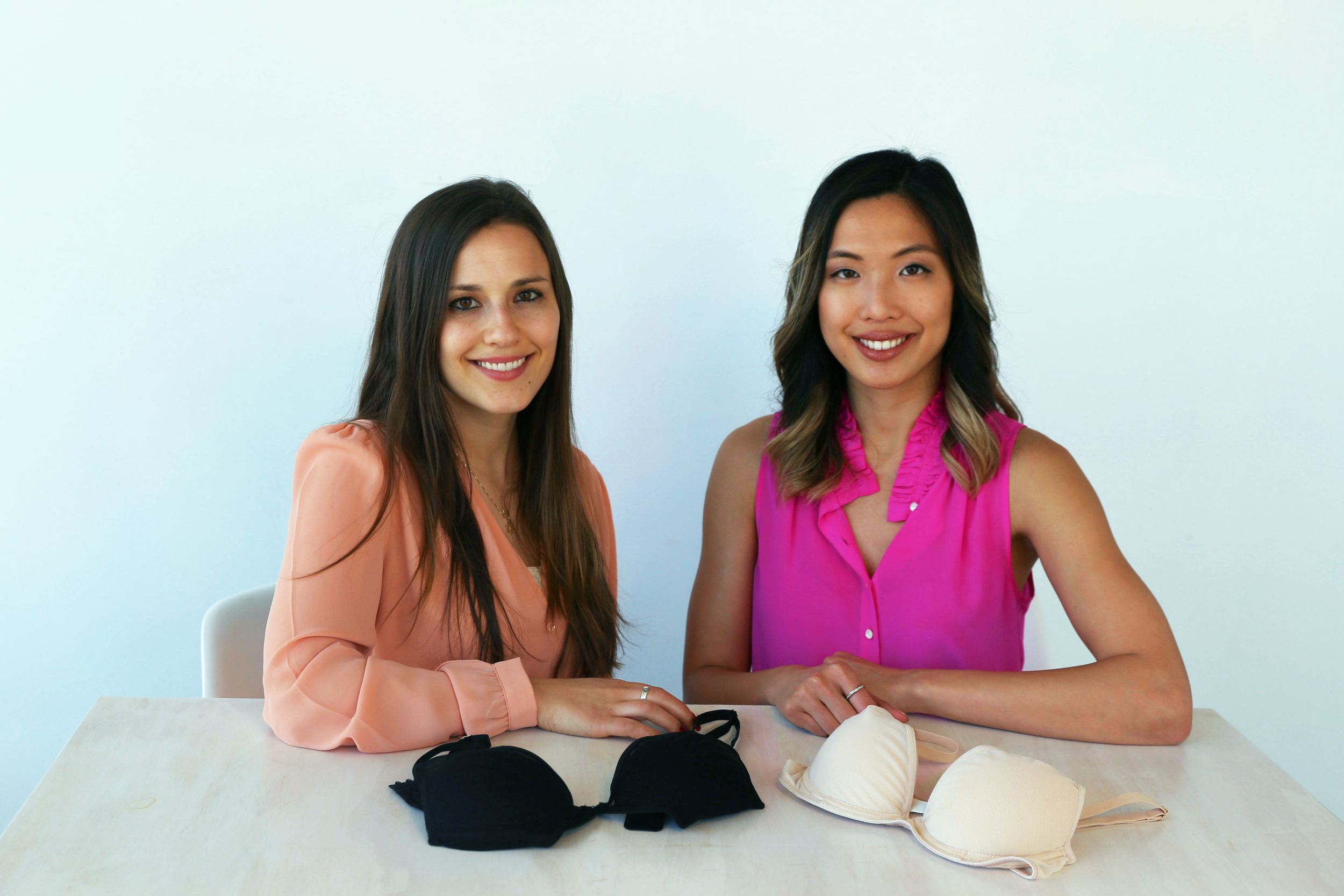 If you’ve constantly struggled to find a bra that fits, especially if you’re small-chested, this new company is for you. Pepper, a lingerie startup founded by Jaclyn Fu and Lia Winograd, is on a mission to tackle “awkward bra gaps and cups that never seem to fill,” claiming hashtags like #badbraproblems as their battle cry.
The concept was inspired by Fu’s personal experiences with never being able to find a bra that fit properly, a problem that started in adolescence has lasted through her entire adulthood. She found that she wasn’t alone; many of her girlfriends were also “compromising” on badly fitted bras. Fed up with the very limited and expensive bra options that small-chested women face, Fu conducted further research and uncovered that existing manufacturers simply “scale down” everything in producing smaller bra sizes. The problem, Fu points out, is that “the cups are still [too] big and shape isn’t any different,” so issues of fit persisted. It wasn’t #smallboobproblems, it was #badbraproblems.

After graduating from the University of California Berkeley and building a product marketing background at Mozilla Firefox and Etsy, Fu met Winograd on Conversocial, a provider of social customer service software. The two collaborated to form Pepper and pinpointed the aforementioned gap as the key issue when it comes a good bra fit. And now here’s the exciting part: the duo created a prototype that they’ve dubbed the “All-You” bra to achieve lift as well as a better fit for small boobs.

This bra features two game-changing components. First, demi contour cups that are flexible and smaller than the typical bra cup prove support from the bottom. On top of that, triangular mesh overlays lift from bottom-up, helping to close that troublesome gap and create natural cleavage while they’re at it.

We love that, in addition to solving a common garment frustration, these ladies are focusing their brand around body positivity. “A lot of lingerie brands out there [are] so focused on looking good and feeling sexy, but it should be more about feeling good,” Fu says. Pepper also strives to be a sustainable and environmentally business that empowers women to boot—they’ve carefully chosen their materials and partnered with a women-led manufacturer using machines that don’t emit carbon dioxide.

You can support the “#smallsquad revolution” by backing Pepper’s Kickstarter project, which ends on Tuesday, April 25. Delivery is projected for September of this year.