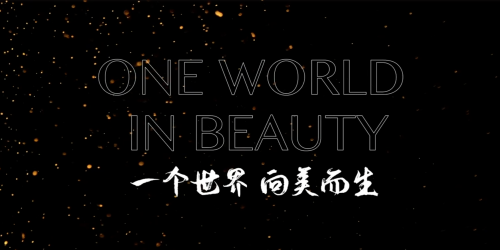 This year’s China Fashion Gala joins a long list of events gone virtual in 2020 due to the global COVID-19 pandemic. Originally scheduled for the evening of April 29, the gala was pushed back to July 23. In the state of New York, gatherings of more than 10 people are prohibited, so big events have either been canceled or moved to an online platform. Earlier this year, the Metropolitan Museum of Art’s annual Costume Institute Gala — “fashion’s biggest night out” — was canceled indefinitely. The Met Gala is a blockbuster event for celebrities and A-listers to serve jaw-dropping looks on the red carpet according to each year’s theme. It’s no wonder the Costume Institute didn’t go the virtual route, which would not have done the gala justice.

However, for the China Fashion Gala, the show must go on! Although it wasn’t as entertaining to see other guests dressed to the nines (or not) via Zoom as it would have been in person, the event was beautifully done and enjoyed in the comfort of our homes.

What is the China Fashion Gala?

In its fifth year hosted by the China Institute and China Beauty Charity Fund (CBCF), the China Fashion Gala is an annual celebration of Chinese design. The event is a platform for the nation’s emerging talent in the international arena, as well as a forum for recognizing individuals whose contributions have helped position China at the forefront of global fashion and beauty.

The China Institute has been around since 1926 to help foster a deeper understanding and appreciation of China through programs in art, culture, education and business. CBCF was founded in 2011 by the Shanghai Soong Ching Ling Foundation, one of the most important and trusted charitable foundations in China, to honor Yue-Sai Kan. Once named the most famous woman in China by People Magazine, Yue-Sai Kan is a television host, producer, fashion icon, best-selling author and humanitarian. Some of the areas the CBCF supports are TV/film production, charitable projects for women and children (e.g., the Shanghai Soong Ching Ling Foundation’s Safety for Mother and Child Program), as well as charitable activities of Miss Universe China.

The theme of this year’s gala was “One World in Beauty,” with a purpose to “connect the people of China and people of the U.S. in a human way.” I can only speak for myself, but this mission was accomplished, as I walked away from the event with a greater appreciation for Chinese culture and influence. In addition to connecting two cultures, an online silent auction held via 32auctions.com raised $600,000 between July 23-30.

The evening began with a VIP/press reception via Zoom, with guests divided into multiple VIP cocktail rooms to connect with fellow guests on a more intimate scale. Along with several others, I was in the same room as fashion designer Jason Wu and one of the honorees of the night, Wendy Yu. At the end, we all toasted to a wonderful evening!

The actual gala, which took place after the VIP/press reception, was formatted like a webinar, where guests were unable to see one another. Compliments to the Quincy Jones Production for such a beautiful musical opening! The gala kicked off with saxophonist Kenny G performing one of the most famous Chinese folk songs, “Mo Li Hua,” or “Jasmine Flower” in English, followed by a special dance of the Thousand Hand Bodhisattva performed by the China Disabled People’s Performing Art Troupe. I was blown away by the precision of the performers, who are all deaf and learned the choreography through sign language.

Following these performances was a montage of the honorees receiving their awards, along with special guests congratulating them with kind words. Special guests included Christian Louboutin, Guo Pei, Grace Chen, Bette Midler and Karolína Kurková, to name a few.

Here are the honorees of this year’s gala: the Estée Lauder Companies Inc., Wendy Yu, Phillip Lim and Lucy Liu, pictured below receiving their award.

Stéphane de La Faverie, Group President of Estée Lauder Companies Inc., accepted the Beauty Award on behalf of the company. Estée Lauder has been present in China since the early ‘90s, particularly investing in research and development.

The recipient of the Millennial Leadership Award, Wendy Yu, was presented by her friend Jason Wu. Well-loved by many, Yu received congratulations from British Academy of Film and Television Arts, designers and artists. Not only is she an entrepreneur, but also a millennial investor, philanthropist and Curator in Charge at The Met’s Costume Institute.

The recipient of the Leadership Award was presented by journalist Lisa Ling. As a successful fashion designer with his 14-year-old luxury brand, Phillip Lim loves to design, but wants to do it with more social consciousness and sustainability — “to live life in balance,” he said.

The recipient of the Icon Award was presented by Yue-Sai Kan. As an actress and director, Liu broke racial barriers in Hollywood for the Asian community. Her advice? “Long journey. Ask a lot of questions. Go with what you feel.”

The last event of the evening was a fashion show by couture designer Xiong Ying, showcasing her designs under the label Heaven Gaia. Ying found her inspiration for these designs from Buddhist caves in Dunhuang. The collection was refreshing, beautiful and ethereal.

I hope you enjoyed this coverage of the China Fashion Gala, virtually, as I did. Maybe next year we can truly enjoy the new Roaring ‘20s where we dress to the nines and attend galas and events in person.