Home Politics“You don’t have to love Trump to vote for him”: Chinese Americans Explain Why They Voted

“You don’t have to love Trump to vote for him”: Chinese Americans Explain Why They Voted 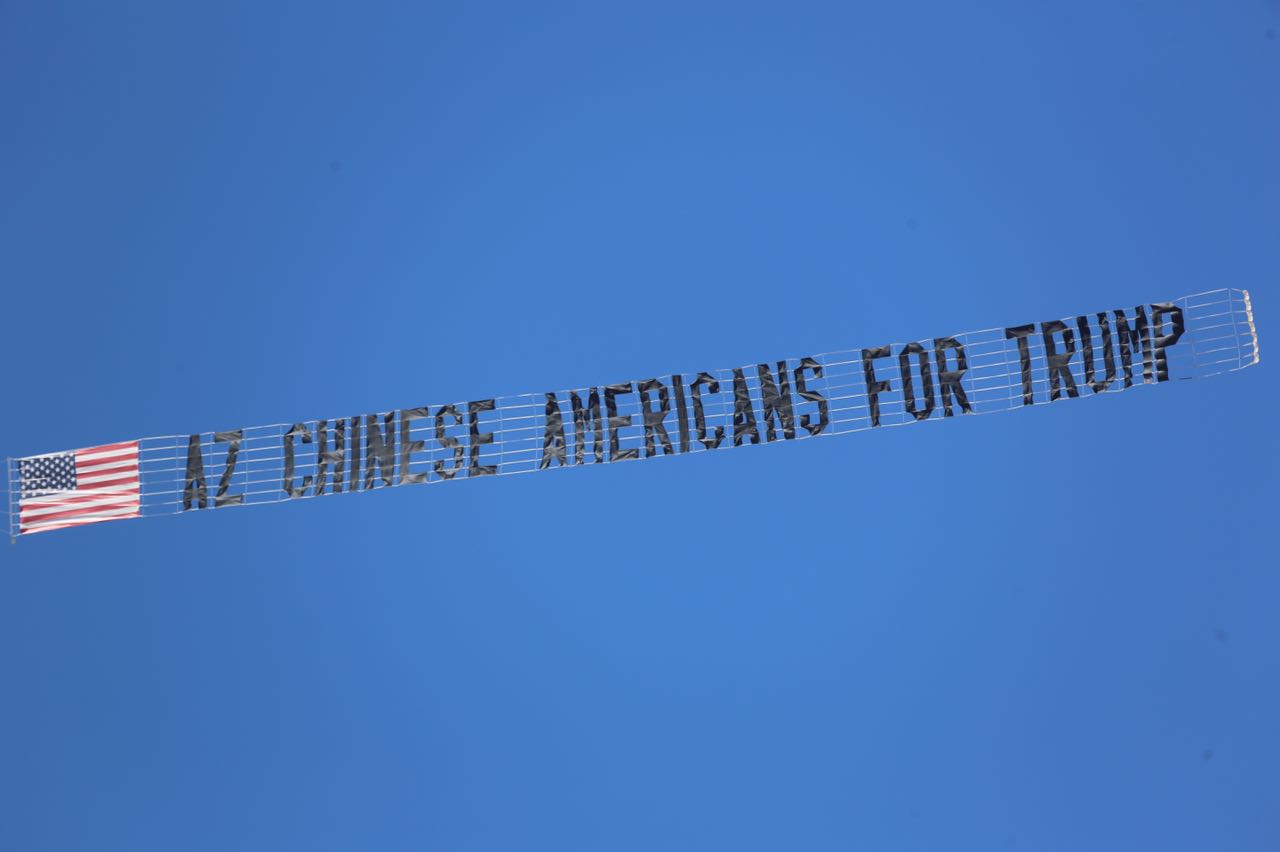 The recent presidential election was a complicated weighing of loyalties and beliefs. We may disagree with the other side’s fundamental assumptions, but we can choose to talk across constructed political boundaries. Although the majority of Asian Americans voted for Hillary Clinton in November, data from Edison Research for the National Election Pool showed that 29 percent of Asians voted for Trump—11 percentage points higher in favor of a Republican candidate than in 2012.

Julie Chang is a second-generation immigrant from Canada in her thirties and a single, working mother in Mesa, Arizona. Most of her female friends who are white or Latina are also Trump supporters, “but we didn’t really talk about it,” she says. “We all knew how we felt and what we supported, with some being more vocal than others.” This election was different for Chang because she wanted to see a change in the federal government. “Sometimes shakeups are kind of good,” she says. She would have voted for Carly Fiorina, another Republican candidate who did not come from a political background, but Fiorina dropped out too early.

“[Trump’s] anti-women stuff felt really spun by the media,” Chang adds, making the point that much of election coverage was motivated by the need to grab headlines. “I know it was really offensive and I don’t minimize it at all, but I feel like everyone’s so quick to judge. It wasn’t enough to change my mind about him.”

For Chang, it was the issues—especially immigration, education, and the economy—that mattered the most. Of immigration, Chang says that it’s not about race, given her many Latino friends. “We are not against immigration, just illegal immigration,” she says. She cites car accidents as an example in which those who don’t have legal status put unfair burden on those who do. “Illegal immigrants don’t have insurance, so your own insurance has to pay for the accident. Our insurance rates go up because of having to pay for the other party even if it’s their fault.”

On the education front, Chang explains that children of illegal immigrants “are bussed into our neighborhood schools and starting at a much lower academic level due to lack of English education.” Chang says that this setup “brings the [academic] level down” for everyone at the public school that her children attend, located in a middle-income community—and that her kids are bored and unchallenged as a result.

She attributes a stifling of upward mobility among the middle class to a government that has catered too much to the non-working, non-tax-paying people in America. “The middle class is totally getting squeezed,” she says. “We see people with food stamps taking advantage of the system. So, people who are working for a living, we resent that.”

Then there’s the current healthcare system. Chang now has full-time benefits and coverage through her company, but this wasn’t always the case. For many years, the Affordable Care Act did not work in favor of her and her ex-husband when they were both self-employed. There was a year when neither of them had insurance because the options available to them were too expensive—and then they had to pay tax penalties as a result.

Another Arizona resident, Andy Zhang of Phoenix, was rooting for Ted Cruz or Ben Carson to win the primaries, the latter because he came from outside the political realm. “Politicians have screwed the country left and right, and they haven’t delivered,” he says.

Zhang was most concerned about the issues of illegal immigration, a conservative Supreme Court justice, Islamic terrorism, and affirmative action.

It’s unclear whether race-based admissions policies put Chinese Americans at a disadvantage, but Zhang’s not alone in feeling that “affirmative action is particularly strong against” this group—the 2016 Asian American Voter Survey found that only 52 percent of the respondents feel that affirmative action programs designed to increase racial diversity on college campuses are a good thing.

“This issue motivated a lot of Chinese Americans to vote for conservative candidates, not just Donald Trump,” Zhang says. “When you judge someone purely on their race, that’s racism. You can’t elevate somebody at the cost of somebody else, no matter what spin you place on it.”

Like many who mobilized around Chinese Americans for Trump, a pro-Trump organization consisting of 26 state chapters, Zhang is a first-generation immigrant from mainland China who immigrated for advanced degrees. During this election, “Chinese Americans donated money like crazy. That’s unprecedented,” Zhang tells us, basing his claim on his group of 130 members who rallied for Trump. “I saw people were angry all over the country about illegal immigration, terrorism, political correctness…the elites are so out of touch with the American people. It’s a revolt of the middle class.”

Unlike Chang and Zhang, Jeffrey Lin, a 34-year-old from Los Angeles County, supported Trump from the first day he announced his candidacy.

“Since the financial crisis of 2007, I had felt we needed a businessman with both domestic and international experience,” Lin says. He argues that many of the new jobs created during the previous administration are part-time and “not equivalent to the full-time jobs that were lost in the financial crisis.” He sees many cases in the Los Angeles area, he says, of “well-educated college graduates scraping by on several minimum-wage jobs—[and] without benefits.”

In addition to economic issues, Lin prioritized national security and immigration policies during the election. “First, expanding the military is important. Second, ISIS and other terrorist threats are complex problems…that require extreme vetting .” He voices concern about “the drug and crime that come across the border,” echoing Chang when he states his support of legal immigration while arguing that “illegal immigration is exactly that: illegal.”

Lin also thinks that Trump has a respectable record of hiring women. “Since his first major construction project in the ‘70s, [Trump] has hired women to be in charge, long before workplace equality was accepted. He put his ex-wife, Ivana Trump, in charge of his casino [business] and entrusted his daughter, Ivanka, to run the Trump Organization.”

None of the Trump supporters interviewed felt Hillary Clinton was trustworthy. They cited Benghazi and the use of personal email accounts as primary reasons. Lin found her to be an ineffectual senator and secretary of state, which he saw evidenced with ISIS and the refugee crisis happening under her leadership.

He does offer some constructive critique to the President, which is “to focus less on the small things with his tweets.”

All three interviewees here—joining the ranks of many voters across all parties—were turned off by the election coverage by major news outlets (including Fox News).

“It was such poor reporting and it didn’t represent my thinking,” Chang says. She expected positive and negative coverage on both candidates, but felt that the media focused on only the negative aspects of Trump .

Lin’s distrust of media coverage was based on firsthand experience. “Having worked directly with financial media such as CNBC and Bloomberg, … I have seen firsthand how the internet has changed media and news,” he says. “Media is a business and decisions are made based on advertising revenue, not reporting the truth.”

Zhang says, “I was not ‘misled’ by the media; I didn’t trust them and canceled cable more than a year ago.” He felt that left-leaning media had become “so out of touch”—and that the cultural climate of the country as a whole had shifted too far to the left. In contrast, “I don’t consider Tea Party very extreme. They have stayed right where they are,” he says.

Zhang leaves us with this main message: “He was the only candidate willing to say things other candidates would not. Trump might be a jackass—I’ve never liked his personality—but I could hate him and still vote for him, because I supported his policies.”