To the Hopeless Romantics 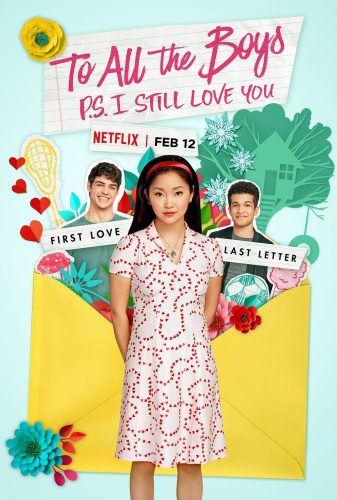 Ahead of the “P.S. I Still Love You”release on Netflix, Mochi magazine was invited to an early screening and chat with a few cast members and the woman behind it all, Jenny Han. Check out our video interviews with Han, lead actress Lana Condor, actor Noah Centineo and actor Jordan Fisher throughout this article. We touched on love, breakups and marriage. (Spoiler alert: a couple of scenes from the movie are mentioned.)

The sequel to “To All the Boys I’ve Loved Before” is based on the trilogy written by No. 1 New York Times bestselling author Han. The first film premiered on Netflix in 2018 and turned out to be a cultural phenomenon. Finally, an Asian American woman as the heroine of the story! Protagonist Lara Jean Covey (Condor) has written love letters to all of her crushes thus far, and her sneaky little sister Kitty decides to play matchmaker by sending them off to their recipients. One of the beneficiaries is their older sister’s current boyfriend, literally the classic boy next door. The other is a high school jock, Peter Kavinsky (Noah Centineo). Peter and Lara Jean fake a relationship for a good reason and end up falling for each other.

While “To All the Boys I’ve Loved Before” shows how Peter and Lara Jean’s relationship came to be, the sequel centers around the relationship itself and another recipient of Lara Jean’s love letters, John Ambrose McClaren (Jordan Fisher). Prepare to root for either #TeamPeter or #TeamJohn.

Mark your diaries for Feb. 12 to watch “P.S. I Still Love You” on Netflix.