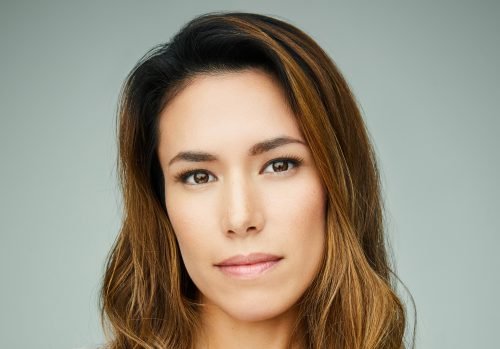 Megan Le’s life is full of action — literally. She has years of stunt work under her belt. As an actor, she appears on TV in “Medical Police” as the villain Agent Tran, whose task is to bring down two American physicians at a children’s hospital in São Paulo, Brazil. In “Stumptown,” she plays Megan, a con artist who partners with her girlfriend to lure and kill men. In real life, partnership is also a big theme in her life, and she uses her friendships for a greater good.

In 2012, Le started the production company Five Fingers Media, where she and four friends (also in the entertainment industry) get to play out different ideas without involving the huge stakes of Hollywood. Driven by the belief that art goes beyond just the movie studio, Le also co-founded Artists in Motion, an organization that brings artists together to volunteer in local communities in Los Angeles.

While playing various roles — friend, martial artist, actor, producer and mom — Le manages to stay true to herself. I had the opportunity to chat with Le about staying busy while taking it one day at a time. As it turns out, acting is a big, but not overwhelming, part of her life. Find out what empathy, rejection and being your whole self mean to Le.

YS: I’ve heard the same from other actors, that they were really shy as a kid.
ML: Nobody ever made me do it. I wanted to do it. If you’re shy in the life you lead and not wanting to put yourself out there, performing can be a way to be able to express safely.

YS: You also do martial arts. What does strength mean to you?
ML: I feel like strength is being able to identify what you truly need in this moment and what the truth of the moment needs from you. Sometimes strength is “I need to put up a wall so that I don’t take in this toxic influence around me.” Sometimes it’s being vulnerable. It’s different every day. What works for you last year or last week might not work for you right now.

YS: I’ve been thinking about the idea of roles that we play: colleague, sister, daughter, etc. How has being an actor informed the way you think about roles in your personal life?
ML: Practicing acting has made me practice empathy. Naturally, that is in your life more. The roles that I have in my life are influenced by how much empathy I have.

For example, when my 21-month-old daughter falls down, it’s easy to have empathy. When she’s crying, I get impatient for sure, but that’s when practicing empathy helps. As a friend and a wife and a daughter, I feel like empathy is a thing that blends into my life. My charity organization, Artists in Motion, is a charity that mobilizes artists to give back to our community. No matter what art form, it starts with some form of empathy and humanity. Take your artistic life into the world and not just as a profession.

YS: That’s so interesting! Can you tell me more about Artists in Motion?
ML: We started in 2010. My friend Jeaneen Tang, who is Chinese from Hawaii, we were talking about wanting to do more charity work. We have so many interests — helping children, animals, the homeless — we thought, how do you focus on just one? We get overwhelmed. We decided to focus on one cause each month. We got more people on board, and we became a group of artists that volunteers our time to many causes in our community. We get together in a way that isn’t about Hollywood or networking. There’s something more important and bigger in front of us.

YS: Speaking of that, how do you keep a work-life balance as an actor?
ML: I guess it is like any industry. Sometimes your work as an actor is not on set getting paid, but in your living room carving out 30 minutes to prepare for an audition. You have to have a good exit strategy from your work. But as an artist, you want to let work creep into your life because often, that’s where the genius lives. But being present with my toddler, then having moments when my character’s world shows up, that can be crazy. You need to have people who understand your kind of crazy. If you have people who support you, you’ll be fine.

YS: Who are the people in your support network?
ML: My husband is also in the entertainment industry. He gets the demands and how hard it can be. My mom has always been my biggest supporter, getting me to do things that I’m not comfortable with. My closest circle of friends started Five Fingers Media, just five of us. It’s a good place for us to create without fear of failing. You can do it in the safety of your friends. Your idea might not work out well, but your friends won’t judge you for it. Sometimes the rejection of the industry can make you want to not do anything.

YS: How do you deal with rejection? Do you think you have tougher skin now that you’ve been in the industry for a while?
ML: I do have a tougher skin, but it still hurts when you think about it too deeply. It helps to keep in mind the business side — it is a business, and there’s more to it than just me. As an actor, unless you’re a huge name, you’re not that important. So much is going on above and around you. There can be so many other reasons for not getting the role that have nothing to do with you. And that’s a good reminder when doubt starts to come up. In the past I would doubt myself and think that’s a bad thing. Now when I doubt myself, I accept the doubt, I go back to the drawing board and reassess. I’m not a bad person or bad actor for having doubts. So let’s deal with it.

YS: That’s a great approach. Do you have any favorite projects?
ML: We created a micro series with Five Fingers Media. It’s a series called “No Matter What” that celebrates female friendships in small snapshots. We started shooting it when I was five months postpartum which at first seemed like the worst time. But we did it and released it this past September. We’re going to do a season 2. It takes a lot to go from an idea to a finished product that people can consume. As a first-time writer and producer, I wore a lot of hats. A lot of projects die — people can’t get money, the show gets canceled or whatever reason. The support group goes a long way. You delegate and make it happen together.

I am starring in a Netflix show that comes out in January, “Medical Police.” There’s a bit that comes out at the end that shows [my character’s] dichotomy. It was such a gift to bring myself to it. I was able to come on and spice up the character with my physicality, which they loved. I was proud for speaking my truth and bringing all of me to this project.

YS: Speaking up as an actor is not easy. How do you know when to do it?
ML: I haven’t done that as much in the past. My dance and martial arts background caused me to be reverent — do what I’m told, and be a good little soldier. It’s a good idea for me to step out of that role, and speak up as a suggestion and in the spirit of collaboration.

It’s valuable to ask yourself the question: “Is it appropriate if I speak up?” Read the people you’re with. It has to come from your gut and not your ego. Knowing the difference between gut and ego comes with acting. It also comes with meditation, learning how to practice quieting those voices in your head. Oftentimes, when you hear those nagging voices in your head over and over, that’s your ego, and when you hear something once, that’s your gut. It’s only going to say it once and firmly and you’ve got to listen to it.

YS: What can we look forward to next?
ML: I am readjusting my team and my representation. Hopefully that will bring new kinds of work. Of course the premiere of “Medical Police” on January 10th is incredibly exciting. We are writing season 2 of “No Matter What.” My costar just had a baby, so maybe when she too is five months postpartum, we’ll get crazy and start shooting season 2 then. One day at a time.

Want to learn more? Watch Megan’s web series “No Matter What,” follow her on Instagram, and tune into “Medical Police” on Netflix premiering January 10, 2020.