Home EntertainmentChecking in with the Filharmonic, the A Capella Group from The Late Late Show 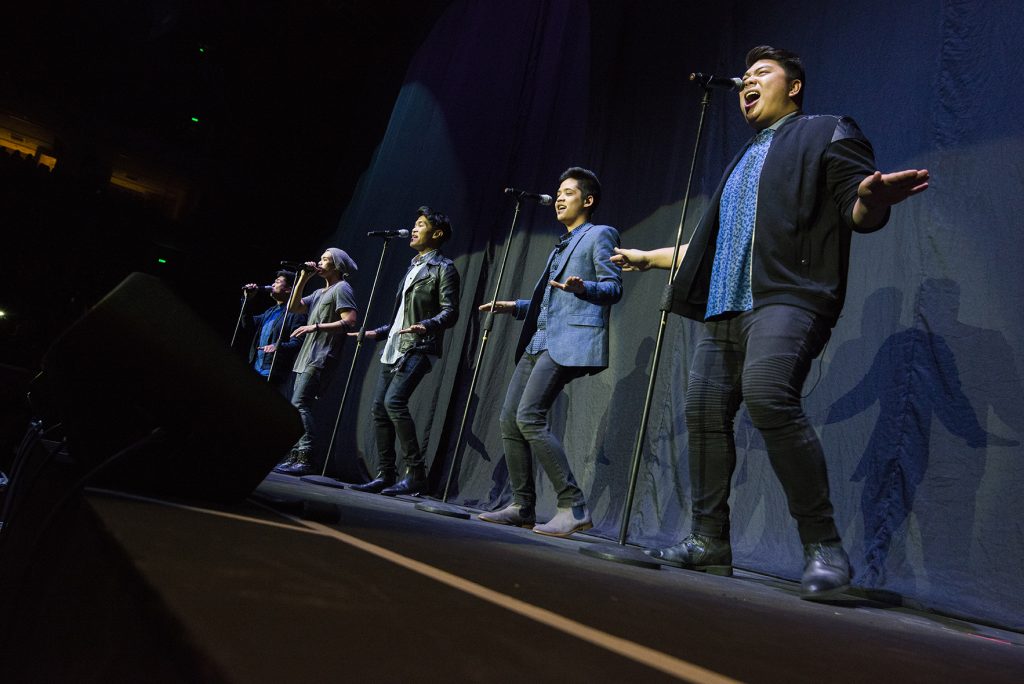 You may know already know the Filharmonic, but just in case you don’t — they’re the group backing up singers like Shawn Mendes and Jamie Foxx in The Late Late Show with James Corden’s popular “Riff-Off” segment.

“It started when we were on Pitch Perfect. They were doing promotions on different late night shows, so they contacted James Corden to do one with Anna Kendrick,” bassist Jules Cruz explains. Since they were promoting an a capella musical movie, the idea of a riff-off with the actress was a natural one. “They needed someone to help coordinate the riff-off, arrange all the music, and go on TV and do it, so they contacted us.”

The show’s segment “Pitch Perfect Riff-Off with Anna Kendrick & The Filharmonics” aired in May 2015 and the Filharmonic kept coming back.

“Everybody’s really surprised me,” percussionist Niko Del Rey says of the artists they’ve had an opportunity to sing with on the show so far. “This is our first time meeting Anna Kendrick, Jamie Foxx, Neil Patrick Harris, and they’re just the most down-to-earth people. That’s what caught me off guard.”

Cruz praises the host, too: “James Corden, he’s always impressive. He always nails his part and his timing is so good. He’s just so fun to work with.”

But if that doesn’t sound familiar, maybe you recognize the five-piece as the all-male group (not to be mistaken with the fictional Barden University’s Treblemakers) from Pitch Perfect 2 or the Filipino American group competing on The Sing-Off.

One thing that hasn’t changed, however, is the group’s core.

“Just seeing how the world interprets what we do is a weird experience,” Cruz continues, “But deep down, I know that we’re just some friends who like to sing together.” 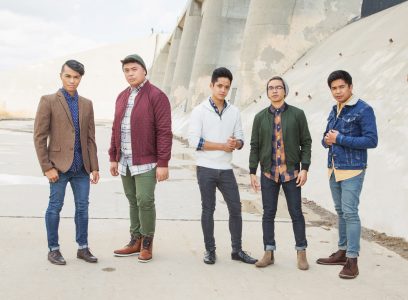 Though that may be true, the Filharmonic—consisting of Cruz, Del Rey, Joe Caigoy, Trace Gaynor, and VJ Rosales—have become more than just a group of friends. The members represent a space in music, entertainment and, unexpectedly, politics available to Filipino Americans.

“It was Filipino Heritage Month,” Cruz recalls, when the group was invited to the White House by the Obama administration in October 2015. “It’s like, ‘What are we even doing here? We’re just an a capella group.’ This was just a group we started randomly to see if it would work out for us.”

And it certainly has, leading the group to not only sing on an Emmy-winning late night talk show, but also tour the world.

“I think it’s just doing what you love,” Del Rey says. “We pour our heart and soul into these things and when you sing and the crowd responds—it’s like, ‘Oh, everything that we’re doing, it’s making other people happy.’ That’s really it for me right there.”

“It’s just such a cool experience to get to go to different places, and they’re places that I never thought I’d get to see, let alone get an audience to come watch me,” Cruz adds. “It’s so surreal every time. I have a moment on stage like, ‘What am I doing here? What is my life that I’m all of a sudden in the Philippines performing for people?’”

The foundation of their voice comes from what’s most important to all five members. “One thing we try to embody is our Filipino heritage,” Cruz says, a sentiment they’ve stayed true to since the group was featured in Mochi’s 25 Under 25 in spring 2015. “It’s important for us to try and have that same kind of spirit—the fun, party atmosphere.”

Who’s the one person the Filharmonic would love to create that “fun, party atmosphere” with?

“Bruno Mars,” they say in an instant.

Who knows? The way the Filharmonic is headed, anything could happen.