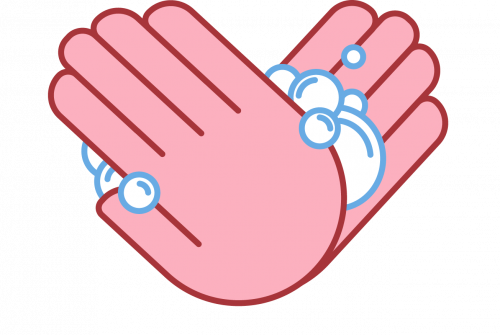 It’s a strange feeling walking around Harvard Square, the iconic Cambridge, Mass. hub for the same-named college, and seeing absolutely no one around. It’s a ghost town because of the COVID-19 pandemic, and now I feel even more aware of my presence as a Chinese American and the space I occupy.

Most days I wonder if I’m being paranoid — that it’s all in my head and no one thinks twice that I’m Asian. I see the news reports of hate crimes committed against other Asians around the United States and shake my head. But then I go about my day, telling myself that I’m just being overly sensitive. I haven’t experienced any outright aggression, but I can’t shake the feeling that it’s a when, not an if.

What can I do about something that feels, like everything else happening right now, out of my control? I’m not the only one in my community who is keeping up with current events and seeing how the Asian American population is being affected. I’m also not the only one who wants to do something about it.

#WashTheHate is a new activist movement that has flooded social media platforms for the better. It’s a fairly easy call to action: Record a 20-second video about how the coronavirus has personally affected you and share it with the hashtag.

The campaign raises awareness about the discrimination and prejudice people of Asian descent in the U.S. have faced, and continue to face, since the outbreak began earlier this year. Some common microaggressions people have noted include flinching away from facemasks to refusing to order anything that’s manufactured in China. Then there are the headline-making racist incidents: A woman spits at an Asian woman in New York, a family’s car is vandalized in Fresno, and Chinatowns across the U.S. are suffering.

These types of hashtag movements aren’t new. Previous hashtag movements include #StarringJohnCho that sparked countless discussions on media representation, #GoldOpen to help boost opening weekend numbers for movies like Crazy Rich Asians and Searching, and, of course, #BlackLivesMatter which rallied millions to fight against systemic racism and violence against black people.

The circumstances surrounding the #WashTheHate campaign are disheartening, but the boost of positivity within the campaign has been nice to see. Some early videos came from Tik Tok influencers OurFire, musicians like A.J. Rafael, business owner Andrew Chau, and even Mulan’s dad, actor Tzi Ma. Many community organizations have endorsed the campaign, too, including Asian Americans Advancing Justice and Kollaboration.

While it’s clear there’s a close-knit community that supports one another, it’s also clear there’s rising xenophobia against Asian Americans. Altogether, the video compilations serve as important reminders to those who’ve been hurt that they’re not alone; the campaign also serves as a call for allies because yes, racist tirades against Asian Americans are happening a lot due to COVID-19 — and the community needs support.

We’re living the days when the President of the United States goes out of his way to call the disease the “Chinese virus,” and I know that’s not in my head. To quote professor and author Erika Lee in her book “The Making of Asian America,” “Asian Americans are seen as Asians, not Americans, and come to embody whatever threat the land of their ancestry allegedly poses to the United States.”

It looks like the world will be fighting this virus for a while, and the idea of having no end in sight is, frankly, terrifying. That creates an uncomfortable buildup of pressure within Asian America, and it’s going to need a release. For me, seeing some online influencers figure out a way to keep that release from doing harm is a relief. #WashTheHate is a small step in taking back some say in what’s happening and offering some grip on joy in all this chaos.