JS Lee and “Everyone Was Falling” Before the 2016 Election 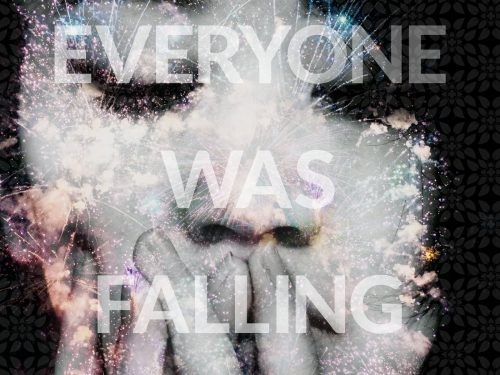 JS Lee’s novel “Everyone Was Falling” takes place in 2016, when racism, trauma and violence increased on the verge of Trump’s election. Reading the novel— which was released in September 2020 — after another election has passed feels foreboding yet affirming.

Intersectionality is at the center of the novel. Lucy is a queer, Asian adoptee who grew up as the only Asian in Bixby. She has long left life in the small town and now lives in the Bay Area of California. At the twentieth Bixby high school reunion, a mass shooting kills fifty-six people, leaving three survivors: Lucy, Donna, and Christy. Donna is the only Black student of their graduating class, while Christy was the popular white girl who is now a YouTube celebrity. In the aftermath of the shooting, the three survivors must confront their own traumas as well as write the narrative about their town.

Since the author and her protagonist are both transracial adoptees, the novel allows the reader to look at America through the isolated adoptee’s lens. “It’s natural to express what you have lived through in other ways. Fiction’s a great way to do that,” Lee told Mochi magazine.

Having grown up in a white community, Lee spoke to the kind of racism she observed. “White supremacists can also be liberals who are so attached to the idea that they are not racist,” she said. “To them, racists are the KKK or the Proud Boys today.”

In addition to the election, the pandemic also made many in the Asian diaspora think about their countries of origin and generated conversations about whether immigrating was the right choice. Adoptees like Lee did not have a choice. “There are things happening every day, even before the pandemic, that highlights separation — Mother’s Day, Father’s Day,” Lee said.

Lee explained how she felt connected to her family of birth, whom she has no means of finding. “Shelter-in-place happened before my paper birthday, so I was about to go into San Francisco to give my DNA sample. It’s an alternative to flying to Korea, in case our families come looking for us,” she said. “Then I started hearing about the pandemic in Daegu. That’s where I was found. I started thinking if I had any family there. I have so much empathy for people losing their families because I don’t have that closure either.”

In “Everyone Was Falling,” the protagonist has the choice to take back her power by literally writing the narrative. Lee also finds power in “reading a lot of Asian and Black women writers. Seeing how much people have gone through, pushing relentlessly.” She recommends “Asian American Dreams: The Emergence of a People” by Helen Zia, a queer Asian woman and a journalist. For another perspective on transracial adoption, Lee recommends Jenny Heijun Wills.  Narratives hold power because as Lee said, we get to see “how strong they are, and in turn, how strong we can be.”