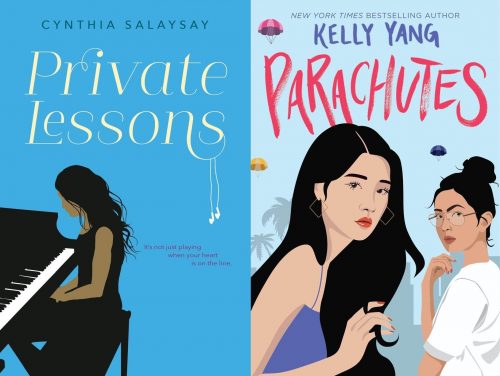 Kelly Yang drew from her own experience of being raped while attending Harvard Law School to write her latest fictional novel that was 17 years in the making. As a survivor of sexual assault, Yang says writing “Parachutes” wasn’t easy, but once she put it all down on paper, “the scenes just poured out of me.”

In the Asian American community, sexual assault is rarely a topic of discussion. For every known case of sexual assault, there are three more that go unreported, according to RAINN.

This does not surprise author Cynthia Salasay, who acknowledges that when there is a power imbalance, “the person who abused [someone] has a way of keeping [the victim] quiet.”

Pursuing justice can lead to real mental and material costs. Survivors might remain silent because sharing their experience typically leads to questioning and reliving trauma.

For the protagonists of Yang’s “Parachutes,” speaking out about their experiences might not lead to the justice they’re hoping for. The same scenario is depicted in Salaysay’s debut novel “Private Lessons.” But there’s good that can come from speaking out too.

With her novel, Salaysay hopes “readers can find some healing and strength through [the main character] Claire’s story, or feel more empathy toward those who’ve had sexual abuse happen to them.”

Both young adult novels detail the experiences of Asian American teens before and after rape. The books add another perspective to the #MeToo movement, which has been criticized for not factoring in race and class in sexual misconduct. In these stories, sexual predators are near and unavoidable. They appear as classmates, teachers and host dads. While trying to chart their own paths to the future, characters Claire Alalay, Claire Wang and Dani De La Cruz are also exploring their own sexuality while realizing the importance of saying “no,” with or without a safety net.

(Note: Claire Alalay is in “Private Lessons.” Claire Wang and Dani De La Cruz are in “Parachutes” and their stories intertwine.)

The Importance of Speaking Up
Although speaking up might not necessarily lead to justice, it might lead to something just as meaningful — strength in validation. Speaking up can help victims process their pain and heal from their trauma.

Yang wants other sexual assault survivors to know that there’s a shared experience among survivors and it’s important to support one another. She encourages others not to “shy away from difficult topics and [to] shar[e] our own experiences, because we all have one.”

Salaysay agrees, “I think there is a hunger to hear stories from other women. It makes it powerful to know how [not uncommon] sexual abuse is.”