The Ins and Outs of Affirmative Action: California 2020 Proposition 16 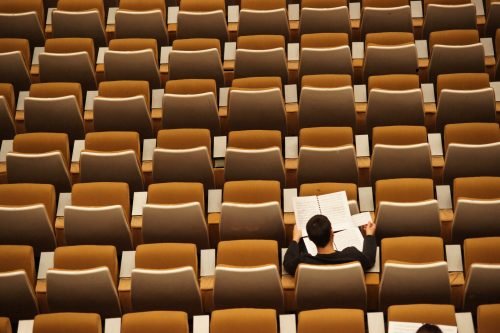 When you hear the phrase “affirmative action,” what is the first thought that comes to mind? Your thinking probably immediately turns to race in the context of school admissions. Maybe you imagine racial quotas. Now, take a breath. In California, those headed to the polls (or opening absentee ballots) across the state will be confronted by Proposition 16, a ballot item that aims to reverse the ban on affirmative action. No matter how you think of affirmative action — positive or negative — suspend your judgement as we do a quick walk-through of civil rights history in order to unpack this controversial proposition.

Introduced nearly 60 years ago, affirmative action policies were put in place to “affirm” the Civil Rights Act of 1964 (CRA), which banned discrimination on the basis of race, religion, gender or national origin. Protecting these new rights within systems that were, at the time, officially and unofficially segregated and built on bias required policies that affirmed people of color’s place at state agencies, using processes that accounted for racial absences. It took only a few years for those policies to turn towards the educational system and attempt to address the continued segregation in public schools.

“In an effort to correct [historical discrimination], there were affirmative action programs put in place to provide more access to women, to people of color, and so forth to get into schools, higher education, and public contracts because they had been tremendously underrepresented,” member of the California Faculty Assocation Darel Engen told Mochi magazine. “There were all sorts of barriers for them to get equality in these areas.”

In 1954, Brown v. Board of Education ruled that racial segregation in schools was unconstitutional, i.e. that separate but equal was not truly equal. Yet by 1968, over a decade later, many school boards across the United States had not made concrete plans to reverse segregation. While schools could not disallow a Black student to attend the previously segregated school for white children, most Black students remained in the schools set up for segregated systems and white students were unmoved to transfer to geographically closer yet previously deemed Black schools.

One school district, the Kent County school board, defended themselves by claiming that they were only preserving freedom of school choice by continuing the busing system. (If school choice sounds familiar, that is because it is a major platform of the Trump 2020 campaign.) Only due to the ruling of Green v. County School Board of New Kent County were school boards forced to make plans to produce more equitable racial demographics. Thrown out was the stance that “freedom of choice” was enough of a requisite to fulfill the CRA.

Affirmative action policies pushed schools to desegregate and think consciously about the racial demographics of the school populations. Consciousness was clearly denoted as different from quotas. Regents of the University of California v. Bakke (1978) was brought before the Supreme Court, which ruled that setting a required number as well as a limit on how many people of a race can be admitted violated both the Fourteenth Amendment’s equal protection clause and the 1964 CRA. Therefore, that federal ruling affirmed that public schools and state agencies cannot set a minimum nor maximum number of individuals but can factor in race and gender.

But in the late 1990s, criticism against affirmative action began to bubble once more. Conversative representatives claimed that the act of banning those race conscious policies was in fact antiracist, because to them, not discriminating meant doing a blind review and ignoring factors such as race and gender — along the lines of false ideologies of equity such as “colorblindness.”

In fact, Prop 209 was billed as the California Civil Rights Initiative with the intention of eradicating what certain (white) Americans felt was “reverse racism.” Bryan Ha, Director of Government Relations at the California Faculty Association recalls, “During the 1996 election, Prop 209 received about 55% of the vote, making California the first state to have a constitutional ban on race-based and sex-based affirmative action.”

“We’d be able to provide contracts for Asian businesses. I have been working with Chinese for Affirmative Action and that organization has been around for at least 50 years. They have been fighting to get affirmative action for Asian Americans for that whole time and they are still fighting for that,” adds Geron. “They are one of the few organizations in this country that still has affirmative action in their name and they happen to be Chinese American.”

Resulting from those sentiments, today, nine states have bans on affirmative action. (Texas had one and since rescinded theirs.) In addition to California, in Washington, Florida, Michigan, Nebraska, Arizona, New Hampshire, Oklahoma, and earlier this year, Idaho, state-run institutions cannot account for race or gender when hiring, making contracts, and admitting students.

Year after year, more private and public institutions are feeling the pressure of upholding affirmative action and defending these policies. And although this debate has always included Asian Americans, in the latest lawsuits against Ivy League schools, Asian Americans are being brought front and center. Yet as previously covered at Mochi magazine, our hesitancy to understand and support affirmative action is closely related to our relationship with the model minority myth. The model minority label is designed to produce a racial wedge, structured on a stereotype that Asians work harder and thus earn their merits.

In terms of college admissions, merit is especially pertinent to this discussion. Who deserves to go to school? Returning to the K-12 system, in the United States we assert that every child has a right to education. Yet while “separate but equal” was deemed unconstitutional, there are so many inequities continuing to abound from the white supremacist systems that underlie American education. A 2012 Center for American Progress report found that public schools are “as segregated as they were in the 1960s before busing began”: 40% of Black and Latinx students attend schools where 90% of students are BIPOC, and the average white student will find that nearly 80% of their peers are white like them.

Moreover, schools with 90% or more students of color have a budget shortfall of $733 per student, which on average would be nearly half a million dollars per school. Rather than racial preference, affirmative action attempts to address the fact that students of color start at a disadvantage in more ways than one.

In particular to Asian Americans, the monolithic racial category often elides the huge disparities faced by certain Asian ethnic subgroups. These Asian Americans also face huge social and economic disadvantages and remain underrepresented across the board. As a conglomerate, 50% of Asian Americans hold a bachelor’s degree or higher — however, if broken out into subgroups, it drops to 17% for Cambodian and Hmong ethnicities and 14% for Laotians. These numbers are comparable to the percentage of Black and Latinx people in California who are at the same educational attainment level — 20% and 14% respectively.

Engen explains that in California, the master plan for public higher education is designed to provide as much access as possible. “That would be a good thing for the state to have an educated workforce and an enlightened electorate,” he says. “The whole point of affirmative action is to try to have a student body that was more reflective of the actual demographic makeup of the state of California.”

So what does affirmative action look like? At schools and institutions upholding affirmative action, we already know that these policies cannot be carried out through quotas. Affirmative action in practice weighs race and gender alongside the ability to play an instrument or being a young entrepreneur. It is not a perfect system, particularly in the shadow of capitalism. But what it means is giving students of a color a fair chance at competing with students whose families spend thousands on SAT prep, college application consultants, and tutors. (Just ask Tria Chang, Mochi staff writer and former education consultant.)

This fair chance is not interrupted by the supposed race war for a limited number of seats between Asian, Black, and Latinx applicants, but is disrupted by capitalist policies that privilege legacy and donor families continuing the privileged cycle of providing education within predominantly white ecosystems. The college admissions scandal of 2019 illuminated not only illegal gaming of the system but also the legal loopholes for wealthy families. These capitalist systems that value money will not stop opening their doors to donors. Nor will the educational industrial complex stop churning away through standardized testing and the marketing of the test prep industry.

On the other side of the tracks, those so-called “inner-city” and “urban” schools (all of which are misnomers) feed the school-to-prison pipeline through over-surveillance and punitive policies that push vulnerable students out of schools and onto the streets. Finally, there is the question of tuition. Even if more BIPOC students from diverse backgrounds are admitted, are they also supported with the substantial financial aid packages that they need? If we are not supporting students of color financially, are we not yet again creating discriminatory barriers that only the elite and privileged of us can conquer?

“The problem is that we haven’t had a level playing field when it comes to access to public higher education as well as public contracts,” says Engen. “There have been barriers on the basis of gender, the basis of race, and so forth that have made it difficult for many people to get that access.”

Beyond affirmative actions, how can we undo the inequity bound in these systems? These are questions beyond the scope of what Californians are facing on the ballot, but not beyond the scope of what communities across America need to be conscious of. And hopefully, during those deep reflections about racial inequity, we find solidarity among our communities to unite against the true gatekeepers of opportunity.