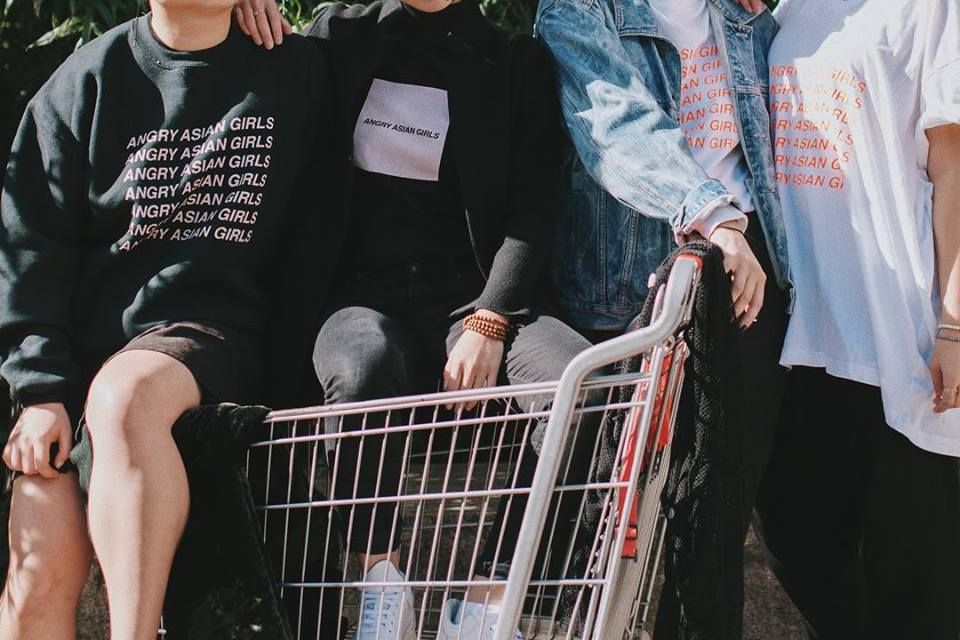 To understand Angry Asian Girls (AAG), the Boston-based collective, everything to know is right in the name: They empower their community by giving a voice to angry Asian girls, or folks who want to push against the supremacist mainstream. The organization hosts workshops, meetups, and open coworking hours. They leverage their social media presence to start conversations not often held among Asian and Pacific Islander Americans (APIA). As the group’s platform continues to grow, the leaders are preparing to meet that challenge and use it to build community.

People usually think of a collective as a like-minded group of creatives and artists, but for AAG founders Katy Bartel and Dahn Bi Lee-Hong, AAG isn’t simply an artist group—it’s an organization that gathers people in a room to uplift, support and organize change. AAG looks at how each person’s identity—ethnicity, gender, sexuality and more—contributes to the group and the spaces they build, be it through screenings, art exhibits or small showcases. The Angry Asian Girls collective goes beyond Boston or what followers see on Instagram—they work to show the deeper nuances of the everyday APIA person. Through workshops, poetry readings, photoshoots, community spaces and collaborative events, AAG normalizes the complexities and facets of people to create a more accurate representation of each individual.

“By virtue of your identity, you are contributing to what it means to be this thing,” Lee-Hong said. “My ultimate goal for Angry Asian Girls is for it to be a platform where people feel like they can express the fullness of themselves—in whatever form that means—using our activism as tools.”

Lee-Hong and Bartel met as interns at the Massachusetts Statehouse where they were fellows in Cohort 7 of the Asian American Women’s Political Initiative (AAWPI). AAWPI is another Boston nonprofit organization, and the only political leadership program of its kind that introduces Asian American women to government internships and provides them with training, workshops and mentoring to help navigate the predominantly white space. But according to Bartel, the internship only reinforced the image of who doesn’t get government positions, whose voices are not heard, and all the other challenges APIA people face.

At the end of each program, the cohort is tasked with a fundraising project to donate to the next cohort’s stipend. The fellows of the Spring 2016 cohort, however, were angry. AAWPI taught them traditional campaign-focused fundraising tactics, like door knocking or phone banks, but neither Lee-Hong nor Bartel felt like those strategies would reach their demographic: millennial APIA, mostly college students and young professionals, some of whom were just starting to become more politically active. The cohort decided instead to sell a product, a tangible way for people to donate and receive something in return. They ended up making T-shirts with a simple design and selling them for $20. 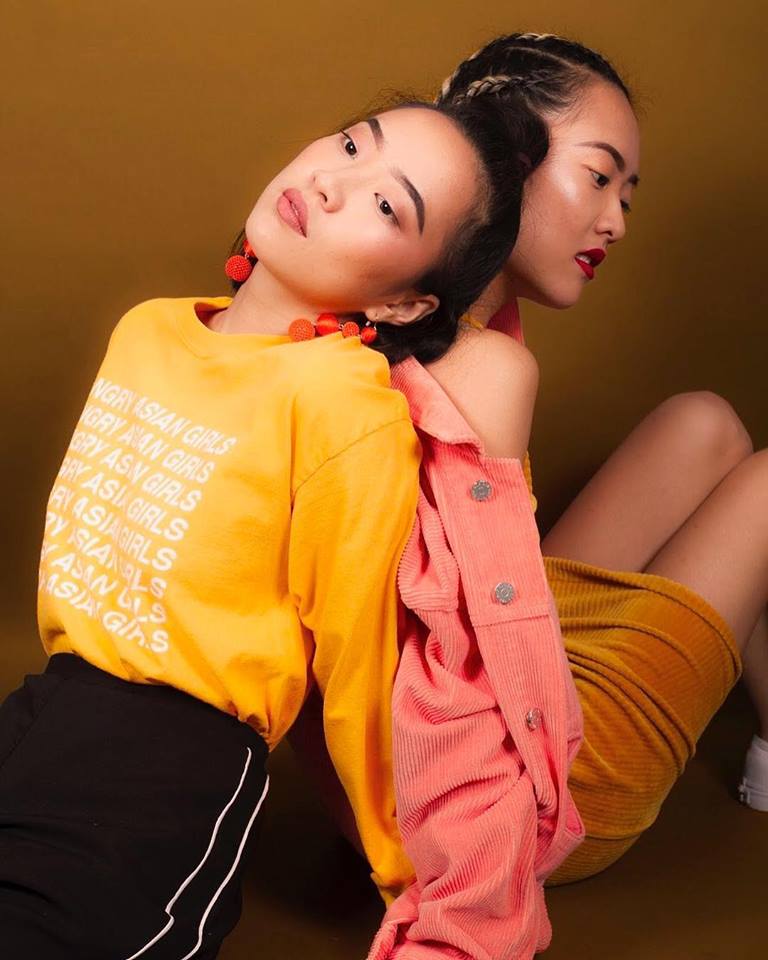 “We had made this design—and I call it a ‘design,’ [but] it was really just a thing I made on my phone with an app and put it on Instagram,” Bartel said. “But I don’t think we were ready for what that became and how it grew.”

The shirts sold out on the first drop, raising $1,500 for AAWPI. When they reopened sales for a second time later that summer, the shirts sold out again and raised $3,000. That was when they both realized Angry Asian Girls was a thing, demand wasn’t stopping, and they had an audience they could engage.

The new challenge became defining Angry Asian Girls outside of clothing, outside of the aesthetic people were starting to associate them with. Choosing to center their mission on community empowerment, AAG started collaborating with Boston area organizations, including the group Asian American Millennials Unite. One of the first events they hosted, Not Your Model Minority, was a joint-force, multi-hyphenated meeting that encouraged young APIA to take action in the 2016 political season. The meeting brought together Boston-area political leaders and activists, and included poetry performances and discussions. That first event not only showed a more active side of AAG’s organizing, but also invited others to see themselves as a part of the group’s mission too.

“Come join us, come experience the fullness of who you could be as an Asian American person in the United States,” Lee-Hong said. “Your existence and your very operations on a daily basis are very political.”

Building and running a mission-based collective isn’t work to be taken lightly, especially for two young people with full-time jobs. From the beginning, people have asked how to support AAG, but even good-hearted offers to get involved were overwhelming as Lee-Hong and Bartel figured out the structure and what taking on volunteers would look like. An important part of keeping AAG going and growing has been taking necessary breaks and realizing the capacity they have to work with. Both Bartel and Lee-Hong have spent the last two years considering the back-end administrative side of community organizing, and planning out a sustainable mission for Angry Asian Girls to build the platform they envision.

“So much of that is reframing the productivity so that we don’t burn out, so we don’t go broke for your community, as much as you would absolutely would and want to,” Bartel said. “If we burn out right away, that’s really careless—that mission dies with us. When we stop organizing, the organizing stops.”

Stepping into 2019, both founders have big plans in the works for Angry Asian Girls. Their work this year focuses on ways to democratize history, art and culture that isn’t easily accessible across the Asian diaspora, as well as bring attention to the people who have been working to uplift APIA people for years.

Focusing more on intentional collaborations is goal number one, using their brand appeal and young audience to spread awareness of political activism already taking place. Lee-Hong found that most of the comments on AAG’s social media pages question the role of APIA in activism, but they stress that APIA have been organizing since the first immigrants arrived in the United States. One of the roles for Angry Asian Girls now is to connect all the different dots, building bridges between people.

At one meeting a year ago, Bartel and Lee-Hong were told that being queer and Asian was a bit too radical for some of the older organizations in the area. But more recently, another organization said those radical identities are what they want, both their audience and message. Now that AAG has been able to find the organization that accept all facets of who they are, Lee-Hong and Bartel use their radical appeal to invite a wider community into their space and the work they do. They redefine what angry, Asian and girls look like, and Angry Asian Girls reclaims each of those identities for themselves and their audience.

“Look at what my community looks like; it doesn’t always look like me, sometimes it does look like me. I can be empowered by both,” Bartel said. “I think that’s a lot of what we strive to do with representation, to break everything down to build it up again. And build it in a new way.”