Home Our VoicesEnding the Silence on Anti-Asian Racism in Europe 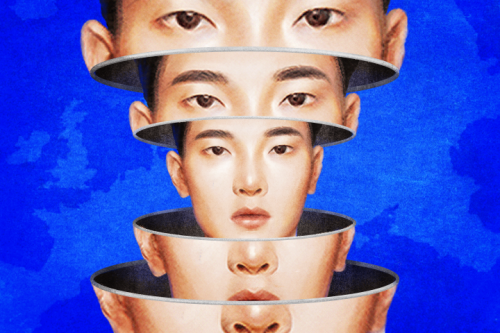 Racism in Europe is not an uncommon experience, and as an Asian woman living in Europe, I’ve had my fair share. I’m talking specifically about so-called western Europe — countries we call progressive, like Denmark and Germany and Switzerland — with their Green Parties and views on gender and LGBTQIA+ rights.

Despite Europe’s progressiveness when it comes to certain issues, racism is seldom taken seriously by white Europeans, and almost never talked about in mainstream discourse. I recently moved to Vienna for work, but when I shared my reluctance towards moving to Vienna due to the racist incidents I encountered during a trip, a white colleague kindly informed me of my incorrectness: “I’ve never really witnessed any racism in Vienna. It might exist in rare pockets, but we’re not really racist. That’s an American thing.”

For the rest of us, however, we know racism to be a serious issue that can quickly turn dangerous. For Julie*, a Korean woman living in Geneva, experiencing racism on the streets was a near-everyday experience and almost unremarkable. It ranged from being told “nihao” repeatedly to incidents that turned physical, such as a man touching and pulling on her hair, or the time someone tried to ask her out on public transit with the assistance of his very aggressive dog.

Other women of color who have visited Europe can relate to being catcalled and asked out on the streets, and Black and Brown women especially are acutely aware of the dangers of traveling here. Racist hate crimes towards East Asians are also rising in Europe, especially after COVID-19. But more covert forms of racism also exist here. Yunqing, who is from China, uses WeChat to discuss with others what to do in case of violent encounters. However, she says that while overt racism is more immediately threatening than covert forms, “the roots are the same.”

Naming these events as racism meets resistance amongst Europeans. Yunqing’s British friends often tell her that people are just ignorant and not outright racist when she attempts to talk about discrimination.

For the large part, instead of importing slaves and indentured servants into its borders, many European colonial powers created global apartheid outside of its borders. Still, international regimes of migration and employment embody some of the primary sites where structural racism is allowed to evolve unchecked. Europe and Asia have a particularly deep history, with Vietnamese contract workers in East Germany and South Korean miners and nurses in West Germany. The United Kingdom colonized India, among other places, and is seriously considering depositing its refugees in Rwanda. Denmark is deporting Syrian refugees. Despite these histories of structural racism and our experience with conscious and unconscious biases, denial is the first response from white Europeans.

Here, East Asians are seen as model minorities too — all triangulated to benefit white supremacy, pitting us against our Black and Brown sisters. In France, Julie was informed that she does not have the right to talk about racism compared to North African minorities, against whom legacies of colonial violence continue in the form of police brutality. “You guys don’t make trouble,” she was told. Because we are treated with racist love, we are not allowed to make noise. Be quiet, stay in your place.

Violence manifests itself in creative ways. We are silenced, misnamed, and objectified; our bodies are foreign objects of unknown origin. Words have meaning, and they are used as weapons against us here. Our ways of being are narrowed and constricted. We are stereotyped as docile, and we are told we need to be more assertive. When we clearly and freely express our opinions, we are told we are being aggressive.

In the conversations I had for this article, my interlocutors highlighted the importance of intersectionality and the lack of space to tell our stories. We laughed and cried over the unending stories of discrimination, and all the times our supposedly progressive white European allies failed to recognize our struggles. It was unexpectedly cathartic to release our collective pain. We spoke of the white supremacy internalized in ourselves and in our own countries, where racism exists among people of color, where the weak prey on the weaker. We lamented our supposed white allies who failed to show up when we needed them, because sometimes, their silence hurts more than racist cacophonies.

First, recognize that racism exists in Europe too, including against Asians, and that it operates in both overt and covert ways. Next, dismantle the narratives of white supremacy within and without ourselves. As the Black activist Audre Lorde said, “It is easier to deal with the external manifestations of racism and sexism than it is to deal with the results of those distortions internalized within our consciousness of ourselves and one another.” And we must do both. This is only possible if we tell our stories, through sharing, convening, and solidarity.

*Julie’s name has been changed to protect her identity. 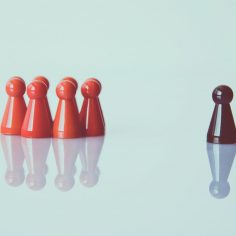 Confessional Vulnerability in Action: How Positionality and Privileges Inform Our Biases

One of the winners of Mochi's Writing for Change essay contest describes how positionality and privileges...