Yen-J, also known as Yan Jue, is a Taiwanese singer-songwriter who may well be the next Wang Leehom. We know that’s a tall claim to make, but rest assured we’re not doing it lightly.

This jazz-pop artist’s 2008 debut album, “Thanks for Your Greatness,” received praise from industry pros like Little S and Wang Leehom himself. Yen-J then gained further exposure by producing many songs for popular TV drama soundtracks, landing himself a Best Newcomer nomination in the Taiwanese version of the Grammys, the Golden Melody Awards, as well as the Best Newcomer Award at the Singapore Hit awards. This year, he released his fourth album, “Love x Pi,” and celebrated by hosting his debut solo concert at the Taipei Arena to the tune of 10,000 cheers.

Hailing from a family of doctors and dentists, this adventurous 25-year-old has harbored a love of musical instruments since childhood. Be it bass, trombone, or piano, he always had his sights set on jazz music, knowing that being a health professional wasn’t for him. “I’m the mutant in the family,” he says with a smile, noting that no one in his extended or immediate family is a musician. 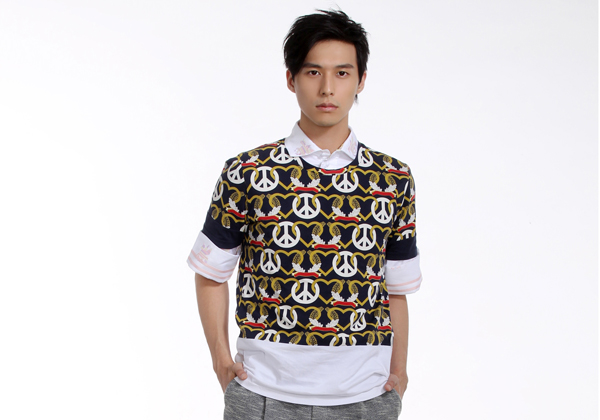 So at the end of his teen years, Yen-J entered the University of Southern California as a jazz performance major—and it was then that he found his true calling of singing. “That first semester, I started writing my own lyrics. Not only was I trying to compose, but I also was trying to sing my own songs,” he says. “And I realized that [singing] was my passion.”

But that doesn’t mean he’s always been the center-stage star that he is today. “At first, I was really shy,” he says. “I’d ask my roommate, ‘Hey, when are your classes?’ And then I’d sing my demo in our room at those times so he wouldn’t hear.”

In fact, Yen-J laughs that performing live is still his biggest weakness. “I haven’t completely overcome my shyness, but it definitely gets easier. When I’m on stage now, I think about the music and nothing else. I’m just having a good time, and I think the audience feels that.”

Considering how traditional his family is, Yen-J struggled with telling his parents about leaving school to pursue a singing career. “I asked my mom if I could move to Taipei and let record labels hear the demo I recorded,” he recounts. “She said, ‘Think about how you’re going to tell your dad.’”

But instead of confronting his dad, Yen-J, true to his soft-spoken and creative nature, created a 12-minute long video to express his thoughts and point of view. And it achieved the intended affect: His dad, touched, simply said in a phone call from Taiwan, “Ok, son, come back.” 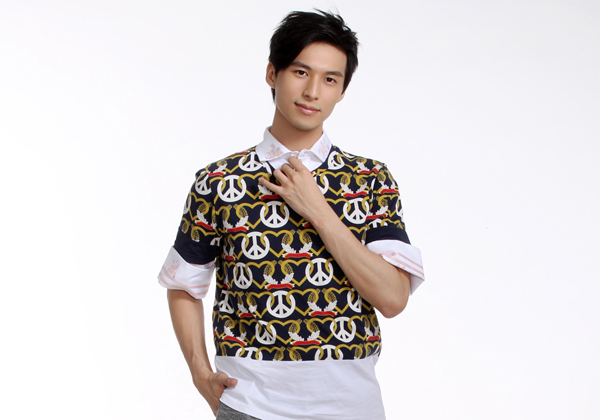 As far as his musical style goes, Yen-J’s work is very real and grounded. Former girlfriends are the inspiration to many of his songs, a la Taylor Swift, and keeping it real is highly important to him. “Although my hair and clothing are packaged, my attitude isn’t, and that’s what counts,” he says. In fact, he adds, “I do my all arrangements so youngsters know that there’s more to music than just ballads. There are a lot of possibilities in music, not just the C-pop that they know.”

Yen-J’s certainly grown from a shy closet singer to an assertive young music artist. And it’s been a very conscious journey. “I still think my personality is not most the suitable for a singer,” he says, referencing social parts of the job like interacting with the audience and networking within the industry. “But I’m throwing myself into this place where I’m uncomfortable—I’m not safe in my studio, I’m not just a composer or producer. It’s a process of learning.”

And clearly there’s something music listeners love about his willingness to go out of his comfort zone and explore new boundaries. With more than 400,000 likes on Facebook (which is where Yen-J says he “keeps it real”) and more than two million YouTube views for the “Love x Pi” music video from his latest album, his many fans would likely argue that his personality is perfect for the job. In fact, we’re guessing it’s probably the key to his rising popularity.

Check out Yen-J’s latest music video, Everyday, and connect with him on Facebook or Weibo for the most up to date news.