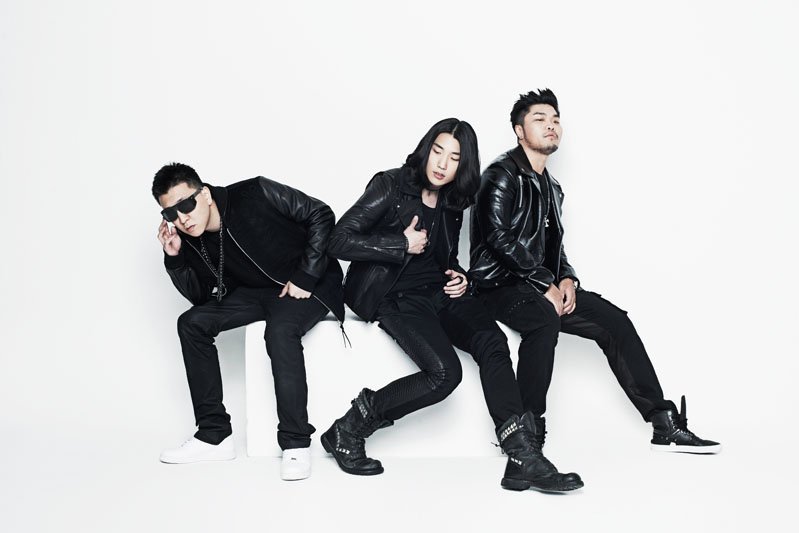 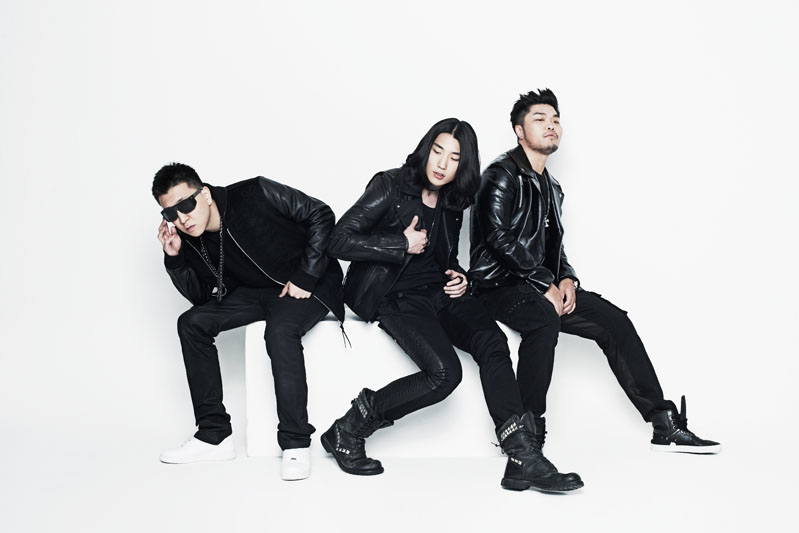 Korean Americans Nicky Lee, Flowsik, and Eddie Shin each had stellar individual careers overseas before forming Aziatix. Nicky Lee, who was born and raised in Los Angeles, CA, earned fame as part of the popular Taiwanese hip hop group, Machi, in 2003 and later released five solo albums, which helped him earn the award for Best Male Singer at the Golden Melody Awards in 2007. Flowsik, a composer and rapper since age 15, was born and raised in Queens, NY. He garnered fame in New York’s underground hip-hop scene and was later mentored and co-signed by hip hop legend Ice-T. Eddie Shin, a talented singer/songwriter, also had a love of music at a young age, writing songs since he was 16. He debuted as a solo artist in 2005 and received positive reviews before deciding to take time off and study music at New York University.

So how did they converge from all parts of the world to become Aziatix? The credit goes to veteran music producer Jae Chong, who has over 30 million record sales attributed to his creativity and vision. He is a founder of MACHI Entertainment, one of the largest Asian hip hop/rap record labels in Taiwan and was the first Korean American ever nominated for the title of Best Producer of the Year at the Golden Melody Awards.

Jae Chong was the glue that brought all the Aziatix members together, realizing that these three men could create something amazing together. Since March 2010, when their self-titled debut EP “Aziatix” was released, they’ve received several accolades, hitting number four on the U.S. iTunes R&B/Soul charts and winning the prize of Best New Asian Artist Group at the Mnet Asian Music Awards in 2011. The group took some time from their busy holiday schedules to answer a few of Mochi’s questions about life as international music artists.

Nicky: I wanted to be a chef because I enjoy food. It’s a good thing I found music because my
cooking sucks!
Flowsik: I wanted to be a musician in high school, so nothing changed at all.
Eddie: I had really short hair—almost a shaved head because I used to be on the basketball team. I wanted to play basketball for a living, but I didn’t grow tall enough. In hindsight, I’m happy it didn’t work out because I love my job right now.

Were your parents strict on choosing a more “traditional” career route?

Nicky: At first, my folks wanted me to find a more “stable” career. I remember I told my folks once I wanted to be like Michael Jackson and sing, and they laughed for a week. But the first paycheck I got from music, I gave to my parents—and they stopped laughing!
Flowsik: They were, but they were always supportive of whatever I had passion for. They always knew that if I worked really hard in achieving something, I would reach that goal.
Eddie: Yes. At first, my parents were no different. But once I started selling a few songs to professional artists, I think they understood that music was my path.

Since you guys all started as individual artists, how different is it to work and perform on stage in a group? Were there any unexpected challenges?

Nicky: You have to get used to being on stage with two other people and be careful not to bump into one another and watch out for flying hand chops. I think Flowsik got hit by Eddie a couple of times, but I never got hit because I have reflexes like a cat!
Flowsik: It’s so much more fun performing as a group. We all just have fun on stage, supporting each other with vocals and raps. I think our movements toward the beginning of our group were a little complicated, but it’s getting better!
Eddie: I think it took some time to adjust for all of us. When I was a solo artist, I felt much more pressure and responsibility to make sure I was constantly entertaining. Now, I don’t have to be constantly talking or singing because the fans want to hear all of us.

Also, as a group, you guys had to come up with the name “Aziaddicts” for your fans, which is a common practice in Korea, but less so in America. How has social media helped you grow your fan base in the U.S.?

Nicky: It’s the fastest way to get our music to our listeners. After we recorded our first song, “Go,” we got on Facebook, Twitter, and other social media outlets to spread the music and the response has been amazing. Thanks to social media, we get to stay connected with our “Aziaddicts” no matter where they are.
Flowsik: We are able to network with the world. Releasing videos online and updating our news keeps us in touch with all the fans worldwide.
Eddie: It’s unbelievable how much social media has helped us so far. We put out our song on YouTube and Facebook and, next thing you know, a month later we’re doing our showcase in New York, performing all over Asia, and the U.S. To say the least, our fans have been very active on social media since day one, and they’re the ones who took us up to this point.

Have you found a difference between working in the entertainment industry in Asia versus the U.S.?

Nicky: Working in the industry is the same whether you are in the U.S. or Asia—it’s tough. You just have to keep on making good music and hope the listeners like what you’re doing. Thank god people like what they hear so far.
Flowsik: Both are absolutely great, and we feel so blessed to be able to make music for both the East and West.
Eddie: We just try to be ourselves wherever we go, wherever we perform, whenever we do interviews. From the beginning, we wanted to become a truly global group that can succeed in every market.

Just like you guys, some of the successful Asians in the American entertainment industry were born or raised here, such as Far East Movement or John Cho and /Kal Penn. Do you think that makes you guys more relatable to an American fanbase?

Nicky: I don’t really think it matters where you are from or where you were born. What’s important is that your music can connect and relate to people. That’s the beauty of music: music is universal!
Flowsik: We believe that music transcends all languages and color barriers. At the end of the day, it’s about good music and us, artists, being ourselves and genuine to the masses.
Eddie: Being from the U.S. definitely helps because you understand the pop culture. But look at Shakira or Ricky Martin. There are definitely stars in the U.S. market who are foreign born.

Although you guys produce music in English, you still do a fair amount of promotions overseas in Asia as well. What is one aspect you love the most about Asian culture?

Nicky: The food!
Flowsik: The food!
Eddie: I like taking off my shoes indoors. I think it’s better that way.

Stay up to date with the latest news, such as their upcoming 2012 U.S. tour, on Aziatix.com.

Eddo Kim, Founder of The Supply, on How Entrepreneurs Can Break the Status Quo