Mochi Minis: ‘Is This Racist?’ Edition 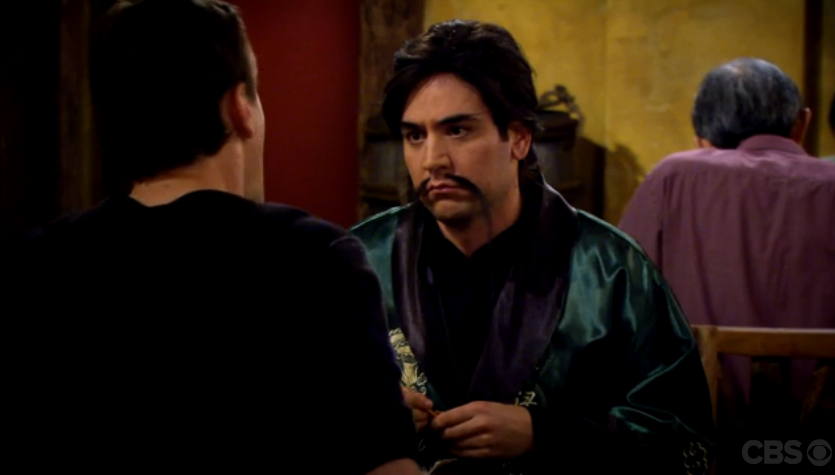 Monday night’s “How I Met Your Mother” kicked up a stir with its (Kill Bill-inspired?) Very Special Slapsgiving episode, which included Lily, Robin, and Ted dolled up in Oriental garb, complete with a Fu Manchu mustache on Ted. The show’s creators have apologized, calling it an “homage to Kung Fu movies,” but not before the hashtag #HowIMetYourRacism made the rounds on Twitter. Was it racist? Well, it wasn’t quite yellowface, but it definitely merited a bit of side-eye at its casual appropriation of Asian culture. [USA Today]
Speaking of Twitter, here’s a reader-submitted roundup of anti-Asian racist tweets that’ll make you reexamine your faith in humanity. And tweens. [Stuarte.co]

Despite her bronze medal at the U.S. National Championships, figure skater Mirai Nagasu was snubbed in favor of Ashley Wagner for a spot on the Olympic team. Wagner’s bumbles during her routine weren’t egregious enough to put a damper on her other winning performances leading up to Sochi—at least, that’s the official word. WSJ’s Jeff Yang has a different take, noting that Wagner’s “flowing blond hair, bellflower-blue eyes and sculpted features mark her as a sporting archetype.” Racist? Hard to say, especially given the subjectivity in how the Olympic team is chosen, but the unfortunate timing in breaking precedence with this pick (i.e. not going with the National Championship winners) lends the whole situation some racial undertones. [WSJ]

Haribo, iconic gummy-bear candy seller, has put the kibosh on its Skipper Mix licorice that are made to resemble primitive ethnic masks. Sold in Sweden and Denmark, the Asian one comes with—you guessed it—a rice-paddy hat and Fu Manchu mustache, and the others are no better. Yikes. Are these sweets racist? Take a look and judge for yourself. (We say yes.) Good thing those deliciously squishy gummy bears were spared facial expressions (they weren’t affected in the decision). [Telegraph]

Lastly, Katy Petty uploaded an Instagram pic of herself doing the splits on The Great Wall of China while wearing a rice-paddy hat. (Sense a theme here? Like, a general lack of creativity in cultural appropriation?) So… is this racist? Hm, it’d be easier to dismiss if it weren’t for her questionable AMA performance not too long ago. [The Gloss]

What say you, Mochi readers? Tweet us at @mochimag, hashtag #MochiMinis.