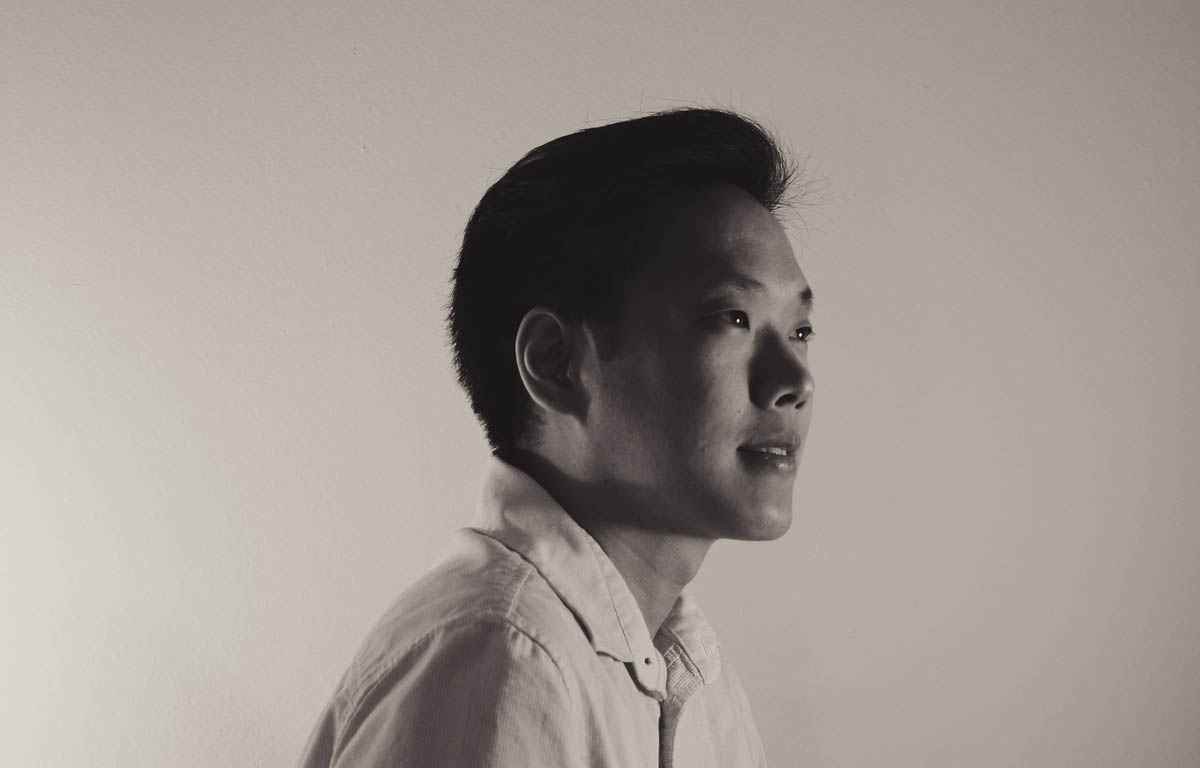 (With contributions by Emily Lu Gao)

As a scholar of poetry, Kwon pursued a Ph.D. in English Literature at the University of Southern California in LA, but he quit in the early 2000s. After noting a lack of pan-Asian American presence in the music scene, he started throwing his own concerts. From his first concert at a nightclub on Normandie and Melrose to his current project, Kwon has always chosen to support great Asian American musicians.

A vision for the music industry

Starting as a concert promoter with the Asian Hip-Hop Summit in 2001, Kwon dreamt of AsAms creating what he called “an original genre of music as an offshoot of our ancestral traditions of music.”

Kwon built upon the earlier pan-Asian American music movements of the ‘70s and spoken word movement of the late ‘90s. “I consciously took it upon myself to embark on what would become a lifelong mission in social engineering,” Kwon told Mochi magazine. “I began throwing pan-Asian music concerts to bring the artists (and youth who were the attendees) from the various sectors of the Asian American community of Los Angeles together into a ‘scene’ for the first time in generations.”

The inaugural 2001 hip-hop summit was set up as a benefit show in LA’s Koreatown on the anniversary of the 1992 Los Angeles riots, and, as a result, Kwon was one of the first to organize the modern Asian American music scene in the 21st century. Eventually, Kwon launched the Asian Hip-Hop Summit as a touring festival through all regions of the U.S. and Canada. Though that ended more than 10 years ago, thanks to Kwon and his vision, the pan-Asian American music scene is no longer an alien concept.

The connection between music and identity

Kwon’s determination to create platforms for AsAms to thrive in music institutions was grounded in identity. “Identity is the most critical issue for almost every Asian American,” Kwon said. “There’s a lot of specific psychological confusion relating to the crisis of identity that is only applicable to the experience of growing up Asian in America.” Kwon wondered, “How do we go back to who we ‘really’ are, when even in Asia, the identity has on many levels been lost also?”

Aware of the absence of AsAm representation in the arts, Kwon keenly felt the need to devise institutions that helped reinforce healthy identity and alleviate that pressure for Asian Americans. “I became a social engineer to help the community on these levels,” said Kwon, “so that the upcoming generations wouldn’t have it so hard — like I did — growing up in this difficult land.”

Even though Kwon had been out of the Asian American music scene for a while, when he finally returned, he felt as if it had reverted back to the early 2000s when there wasn’t much going on. “There have been a lot of excellent Asian American artists in recent years, but we are still largely excluded from mainstream music, and the scene is not coherent or organized,” explained Kwon. “I don’t count Asian imports such as K-pop — as great as it is — as legitimately standing in for the Asian American music scene.”

In the wake of the COVID-19 pandemic, Kwon’s agency was no longer able to book tours, and he was forced to look into other options. This led to the creation of Joy Ruckus Club, an online music festival and concert series featuring artists of Asian descent. “When I came upon the idea to throw a virtual festival, it just made sense to do an Asian American festival,” he shared.

Kwon coined the name Joy Ruckus Club as a pun on the Amy Tan novel “Joy Luck Club.” He explained how “Ruckus” was inspired by the civil unrest this summer that swept across America: “I wanted to position Joy Ruckus Club as being in solidarity with these uprisings, so ‘Ruckus’ seemed to express politically the right sentimen.”

This past summer, Kwon teamed up with Bandsintown and livestreamed the first Joy Ruckus Club (Aug. 1-2, 2020) on Twitch. Though the festival was free, it was dedicated to the Black Lives Matter (BLM) movement and accepted donations to support the NAACP Legal Defense and Education Fund, a partner of BLM.

The online music concert was such a success that it allowed for a larger second event, hosted in partnership with Sessions. The artists featured at the recent Joy Ruckus Club 2 (Oct. 17-18, 2020) were not limited to only those of East Asian descent, as many events advertised as Asian American tend to be. From queer Vietnamese American hip-hop artists to Filipinx American indie singers to K-pop juggernauts like Eric Nam and Luna, the Joy Ruckus Club was two days of music, community and artist interaction.

Wanting to represent various ethnicities, the festival planners favored younger, newer artists and talent that they felt showed a lot of potential. “We also chose artists based on the diversity of [each] geographic region represented,” expanded Kwon, “so we have artists from every corner of America, and also Asians from other diasporas, such as Asians from Europe, New Zealand, Canada, etc.”

When asked about why it was important to have such a diverse lineup, Kwon said, “There is power in solidarity. Bringing together all the various Asian ethnicities into one event is a powerful move that brings strength to all the communities involved.”

Kwon expressed his gratitude to Sessions for believing enough to invest in him — especially when few had. He added, “Why Asian American investors don’t believe that what I do or the Asian American musicians involved in what I do are worth investing in — I will never understand it.”

The two-day Joy Ruckus Club 2 succeeded in its mission of both being joyful and causing a ruckus, lifting the general malaise of missing live music experiences due to the lockdown. While it did experience a few technical difficulties (as could be expected by an online event spanning multiple continents, time zones, and more than 70 individual artist setups), ultimately Joy Ruckus Club 2 was an amazing feat allowing fans to connect to their favorite artists of Asian descent.

You can keep up to date about Kublai Kwon and Joy Ruckus Club by following him on Twitter and Instagram @joyruckusclub.