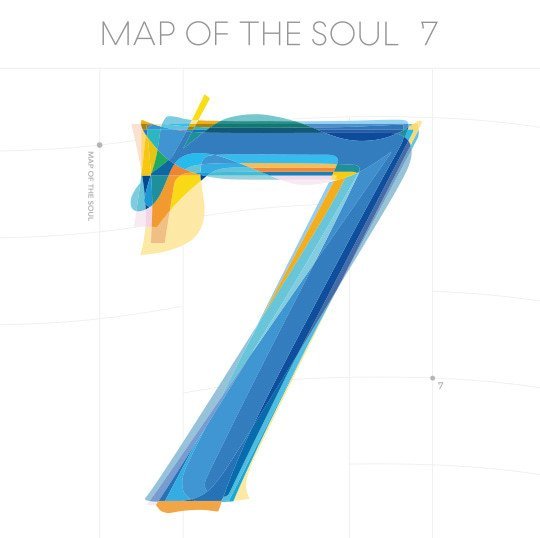 The following article is an op-ed that expresses the writer’s personal opinions.

It is transgressive for a woman to want. We are told by society that we can only want a husband and children — and occasionally a career (but never at the expense of the husband and children). Never mind that this doesn’t allow space for queer, ace, poly and trans women and their relationships and loves. Never mind that this assumes that all women want to be in a relationship and have offspring. Women — and for that matter, men and genderqueers — want more than three things.

It seems obvious, but apparently, the obvious needs to be stated.

I am a woman who wants.

I want so many things that it physically hurts.

Above all, I thirst after Korean pop (K-pop) band BTS.

Who is BTS?
If you’re unfamiliar with K-pop, BTS is a multi–record breaking Korean boy band dominating the global music scene. The band’s name in Korean is Bangtan Sonyeondan, which loosely translates into “Bulletproof Boy Scouts,” the concept being that BTS would shield their generation from the “bullets” life shoots at them.

With over 150 songs in their discography spanning genres of hip-hop, pop, EDM, dance and trap, BTS is the only Korean group ever to win a Billboard Music Award for Best Duo/Group (2019) and the first people of color to win that award in six years. Not only do they regularly sell out worldwide stadium tours, BTS brought in $4.65 billion to South Korea’s GDP in 2019. Their fans span all demographics in age, sex and race.

Why Does Society Shame Women for Being BTS Fans?
Despite knowing I was not the only older BTS fan, for too long, I felt shame. After all, I’ve been indoctrinated all my life — as an Asian, a woman and a recovering Christian — that sexual desire made me a whore, a nymphomaniac and a slut. If we’re older women who want to enjoy sexy things, then we’re predators, Jezebels and cougars.

I feared people would think I was too old; that I was creepy and pathetic. A sad sac of a shriveled up crone, past child-bearing and so unloved that she fantasized about virile Korean men half her age.

But really, I’m just a person. I’m human. I reside somewhere along the spectrum of human desire — sexual or otherwise.

Yet despite understanding the various factors of patriarchy, ageism and racism intersecting to produce a perfect amalgam of judgment — both internal and external — I still hid my BTS fan status. Occasionally, it would slip out, but until the end of 2019, I carefully prevented my social circles from realizing the extent of my stanning.

But after two years of going all-in for the seven members of BTS, I’ve taken a page from their songbook and am now out of f—s to give.

Who Does BTS Think They Are?
From their debut on June 13, 2013, BTS members RM, Jin, SUGA, j-hope, Jimin, V and Jungkook have always explicitly declared their desires, fears and dreams in their lyrics and interviews. As a person who spent the better part of four decades lying to herself about her wants, witnessing these seven young Asian men sing, rap and cry about their deepest yearnings and then relentlessly pursue their fruition fascinated me on multiple levels.

First of all, they’re men. Though our western society doesn’t punish men for wanting within the confines of our toxic binary expectations of masculinity and femininity, society is cruel to men who dare to feel their feelings and weep at their pain, fears and joys.

Second, they’re Asian — specifically, Korean. Because many Asian cultures tend to emphasize communal and filial obligations (often at the expense of the individual), when rapper SUGA moved to Seoul at 17 against his parents’ express wishes to do music, it was a source of conflict. And yet, he persisted.

Third, it seemed so gauche and vulnerable to boldly state their ambitions. And then once they got what they thought they wanted, BTS openly discussed their fears about getting it and possibly losing it all. Who did they think they were?

I devoured all their content, pored over lyrics, and staked my soul into their journey. I hoped that if I somehow consumed enough BTS, their courage would effervesce into my being and transmute my very nature.

The following song “Interlude: Shadow” from BTS’s newly released album “Map of the Soul: 7” (BigHit Entertainment, February 21, 2020) fittingly encompasses everything I just discussed. Turn on CC if you need the translated English lyrics.

BTS Lives Up to Their Name
Industry critics and western media like to dismiss and attribute the success of BTS to handsomeness and being social media savvy — but that’s reductive thinking. Yes, BTS and their team are brilliant at marketing and social media. Yes, BTS members are attractive and talented. Most people in entertainment are. It’s, like, a thing.

Media and critics diminished BTS fans into crazed fangirls, robbing us of our voices and inherent dignity. Systemic racism prevalent in the industry questioned how all these wholesome American (read: “white”) girls could possibly consider these seven Asian men as the living embodiment of their sexual fantasies.

But what “experts” failed to comprehend is that beyond the sexual, BTS members freed their fans to be human to the fullness of our humanity. Through their music, their lives and their everything, BTS consistently urged us to find healing, to love ourselves and to speak ourselves. And if we could not, then it was okay. BTS promised to be our voices until they died.

One could dismiss all of this messaging as a blatant ploy by BTS — but that can be true and still be authentic and genuine. BTS can truly believe all these things and still use it as a marketing gambit. It almost doesn’t matter because in the name of BTS, fans worldwide have contributed $1.4 million to the group’s Love Myself campaign for UNICEF, among many other charities and causes.

Dangerous Women
When I found BTS in January 2018, I was in the midst of setting my entire life on fire. On the cusp of 40, I got what I thought I’d always wished for: a husband, four precious children and a house. And yet, I could not explain why I seethed.

I did not know then that I wanted more.

I am still a woman who wants.

I am still afraid.

But still, I persist.