For many of us, the name Dante Basco evokes many of our favorite childhood characters. For some, it’s Rufio from the movie “Hook.” For others, it’s Jake Long from the show “American Dragon: Jake Long,” or Prince Zuko from “Avatar: The Last Airbender” (my personal favorite). “Of January this year, I’ve been acting for 34 years,” Basco says. “I’m so happy to have been iconic characters that can connect to people across generations.”

Aside from acting, Basco also directs, produces and writes — his memoir “From Rufio to Zuko” comes out this November. The book is published through Not a Cult. When Basco was first approached to write a book, he assumed that since he was a poet, the publishers wanted his poetry. On the contrary, Basco recollects, Not a Cult said they wanted a story on Hollywood from “an Asian American perspective” so they asked him because he was the Asian American in Hollywood many people grew up with.

While the book does its part to provide fans with stories from Basco’s popular projects, he hopes people can take away advice from his memoir too. “I want to give some sort of a blueprint for artists coming into Hollywood because, like I said, my family — we didn’t know anyone; we didn’t know anything,” Basco explains. “And for the new generation coming into town, especially people of color, I want to give them a blueprint like ‘Don’t make these mistakes. Watch out for this.’ So that’s my own urge: can I give something to the people coming in? [I want] for them to have more footing than we had.”

Basco is clear that family plays a huge role in his memoir. Before Hollywood, Basco and his brothers made a name for themselves in the Bay area through breakdancing. The Basco siblings, four brothers and one little sister, have made careers for themselves in an industry where they initially knew no one. (When I brought up that I’ve been to his sister’s open mic, Palms Up Academy, he immediately exclaimed, “She’s a beast, man!”) Basco reveals, “One of the first lines I wrote is that ‘I came to LA with my family… and as long as I’ve been in the industry, so have [my brothers]… Even though its my story, it’s [really] the Basco story.”

When I was speaking with Basco, there was no sugarcoating. “The thing about Hollywood is that it’s hard,” he says. “I mean the reality is that you’re not going to make it. You understand? A million people come into town and they’re not going to make it. You’re a million to one shot.” With that in mind, Basco takes the success he’s garnered over the years with humility and gratitude.

As for being Filipino American, Basco says that being part of the Asian American community meant more to him the older he got. Initially, he even thought that being Asian American was a disadvantage because of the lack of roles. In fact, growing up, Basco played Mexicans, Puerto Ricans, Native Americans and the like. Basco also spoke to what it’s like to not look like an East Asian person. “I’m Filipino; we’re like the Asian Latinos!” he says. “I walk in the room and I’m not the [type of] Asian people are thinking of.” 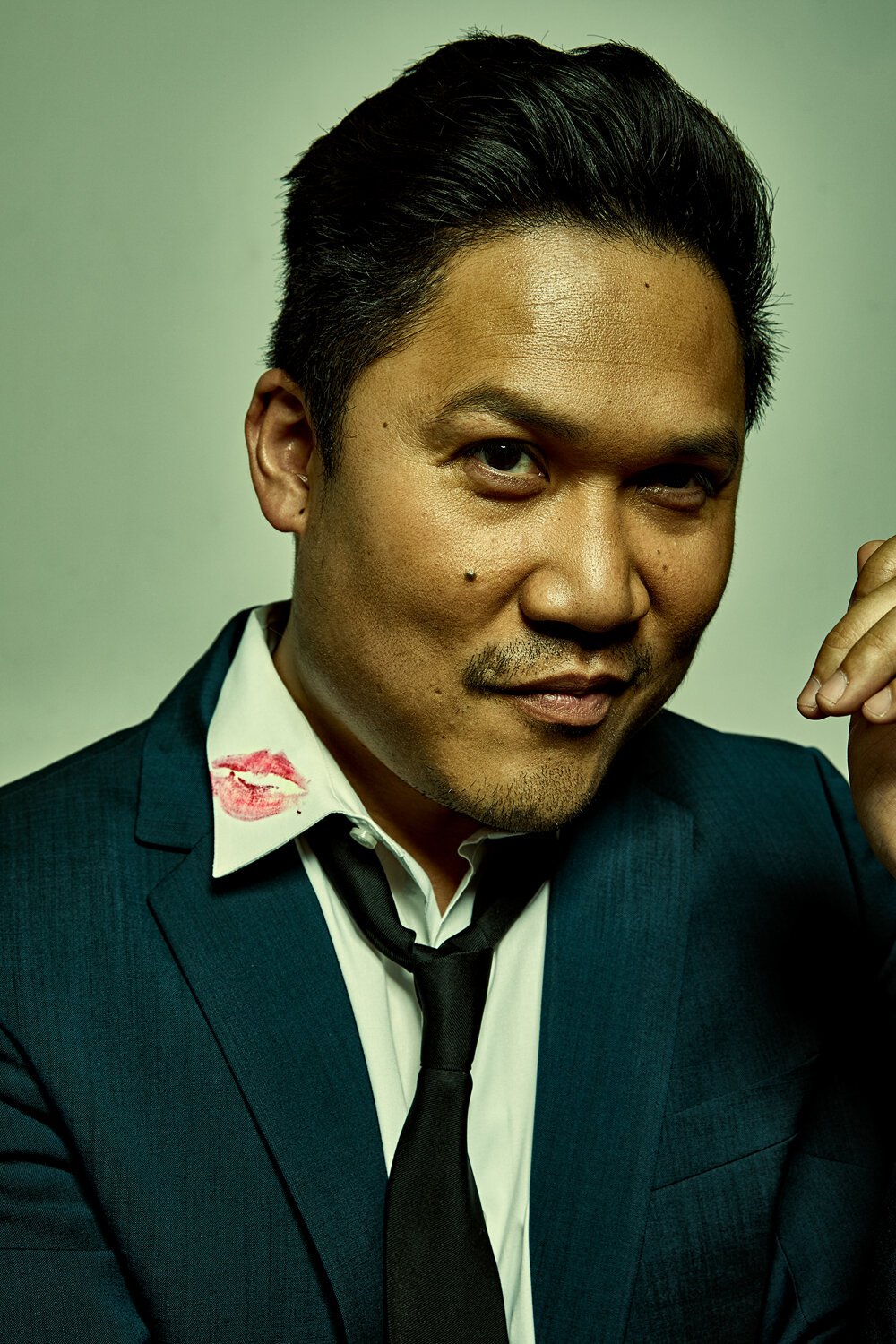 For Basco, it was prolific Asian American actors like Mako Iwamastu (who originated Uncle Iroh on “Avatar: The Last Airbender”), who taught him about Asian American community. “The industry isn’t just about you and your ass working,” Basco says. “It’s all about what can you do to create opportunity for the next generation and I’ve learned that from Mako.”

“I’m Asian American; I’m a blue-collared kid who grew up in Paramount,” he adds. “When you grow up a marginalized person, you understand what it means to stand up for marginalized people in America, in the world.” He sympathizes with what it’s like to be seen as invisible and to have his voice devalued. To overcome this, he encourages everyone to keep creating.

Because Basco and his siblings found success early on, there was no tension from his parents against him pursuing the arts. He says, “It’s also like Asian parents to be like, ‘I don’t know exactly what you’re doing, but you’re successful at it so I’m going to support what you’re doing,’” Additionally, the Hollywood industry was so out of his parents’ sphere that they trusted their kids to know what they were pursuing. Basco’s father even got in on the fun during retirement — Basco’s dad has modeled a bit.

With the increase of Asian Americans on screen, Basco feels a sense of joy and excitement. “I’m so proud that I’m here to see it and be a part of it,” he says. Aside from celebrating his friends’ accomplishments, Basco is also adding to the conversation by directing his first film this past September, “Fabulous Filipino Brothers,” which will be the eighth film he’s produced.

Actor, dancer, poet, director, producer, writer: Basco is a creator. As he says himself, to create is to add to the conversation. He hopes the next generation continues to do just that, because Basco sure doesn’t seem like he’ll be stopping anytime soon.

You can order Dante Basco’s book, “From Rufio to Zuko,” from the publisher or your favorite bookseller.