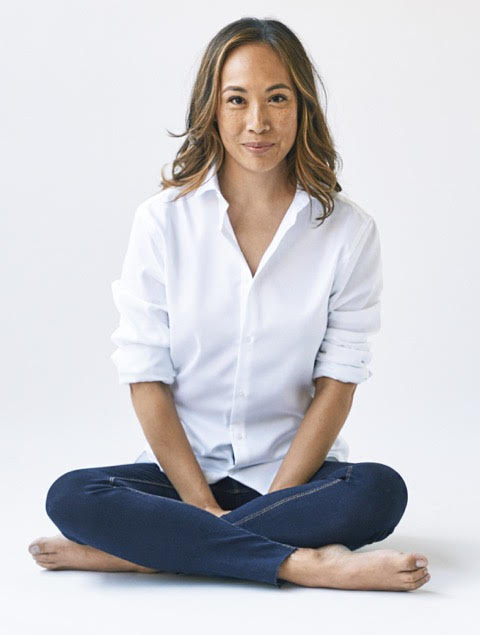 Elizabeth Ho stars in the Netflix sitcom “Disjointed,” which chronicles the life of a medical dispensary owner played by Kathy Bates and her staff, all of who simultaneously sell and smoke marijuana. Ho’s character, Jenny, is a medical school dropout who hasn’t told her parents yet and is secretly working as a “bud-tender” at the dispensary while trying to figure her life out. In real life, Ho’s father is an orthopedic surgeon — so how did her parents take to her playing this role?

“They’ve seen it, they like it,” laughs Ho. “My sister is a nurse and I was the rebel so my parents got both, everybody wins.”

Ho started off as a business major at University of Southern California before “quietly” switching to the theater department. “I realized my dad couldn’t go online and check my classes unless I gave him my password. So I said ‘Oh yeah, he won’t know!’” she recalls with a laugh. “But it was a much better experience than me going into business. I kind of found my people.”

It’s not hard to draw a parallel to her “Disjointed” character. In the show, Jenny goes to medical school to make her parents proud but realizes it doesn’t make her happy, so she quits and kills time working at the local marijuana dispensary, who become like a second family to her.

One of my favorite scenes in the series — spoiler alert — is when Jenny calls her mom (played by Elizabeth Sung) on the phone. Jenny speaks in English to her mom, who speaks only Mandarin back to her, until Jenny discloses the truth. At this point, her mother finally responds in English: “You break my heart. Enjoy your life in the gutter.” It was heartbreaking to watch.

“I really enjoyed delving into that understanding that you can be true to who you are while also still maintaining the friendly relationship with your family,” says Ho, because “it’s not always about family, it can be about you. And I think that’s hard in Asian culture, because we’re raised to be so caring of our elders and extended family, which is beautiful. But it also comes with a guilty price and sometimes, it’s not healthy.” 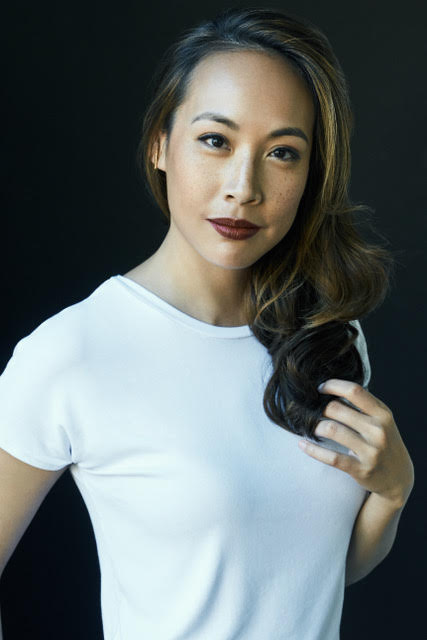 Ho points out that this could be tied to the community culture that is very common among Asian immigrants. “We’ll band together and the family will take care of you,” she says. “But the family doesn’t have the medical research or science background. If you have a cold, you would go see a doctor. If you have diabetes, you would go take your insulin. Same thing, in my opinion, if you are depressed, if your doctor or your team recommends you take antidepressants, you take it.”

Although “Disjointed” is a comedy, it shines when it addresses mental health, especially the post-traumatic stress disorder in Carter (played by Tone Bell), a veteran struggling to deal with being a civilian again. In the show, he copes by smoking marijuana. Whether you agree with this as a treatment method or not, the series puts the issue front and center and allows the audience to understand the conversation behind legalizing medical marijuana for mental health treatment. (Editor’s note: Although marijuana extracts may be beneficial for some medical conditions, the American Lung Association still advises against smoking marijuana because of risks it poses to lung health.)

Ho says, “I am of the opinion that if we can regulate controlled substances, it’s a better idea. I have seen people with illnesses really benefit from medical marijuana and I’d hate to take that away from anyone.”

In fact, Ho says she also has struggled with mental health issues and marijuana has helped her depression and anxiety: “It just turns the volume down on stuff, on those anxious feelings.”

Acting has, in an odd way, helped with her anxiety. “Did choosing an acting career make it any less stressful? No. It was a terrible idea!” she says. “But [acting] taps into a place where you have to be honest and vulnerable about yourself. And I think that was part of the healing process.”

Hollywood Has a Tendency to Only Cast Mixed Asians—Is that Problematic?