Why Smart Women Get the Guy 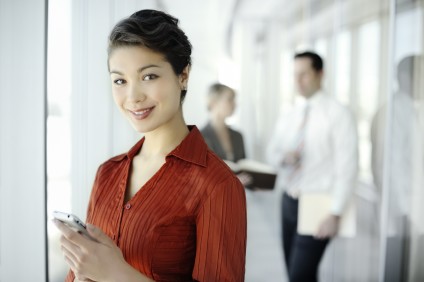 In a vibrant, diverse city like New York, you’d think that dating would be a lot easier. But for the Carrie Bradshaws, Bethenny Frankels, Ivanka Trumps, and Peggy Olsons of the world, strong, smart, independent women like them have always found dating a challenge; their sharp wit, business savvy, and confidence sometimes intimidated men. But are men threatened by women in power? TIME magazine’s last issue “The Richer Sex,” (aka women), dispels many stigmas single successful women face when dating men who do not make as much money or are not at the same level of success in their careers.

According to TIME, these days, men are looking to marry up. A recent study by Stanford University economist Ran Abramitzky suggests that men are becoming more flexible and wouldn’t mind marrying into a life with more resources and prospects. This gives new meaning to the “trophy wife” stereotype, as more women have become breadwinners for their families. Studies have shown that women are leading men in graduation rates, and as they become more successful and ambitious, they’ll want to find guys who are at the same career level. In the past we’ve always heard the stereotype of women trying to marry up, but these days, guys aren’t just focusing on looks, they want high-earning women with ambition and careers. So the next time you’re on a date, don’t think twice to tell a guy what you really do.