Home RelationshipsSexual Racism: The Struggles AAPI Men Face and What We Can Do About It

Sexual Racism: The Struggles AAPI Men Face and What We Can Do About It 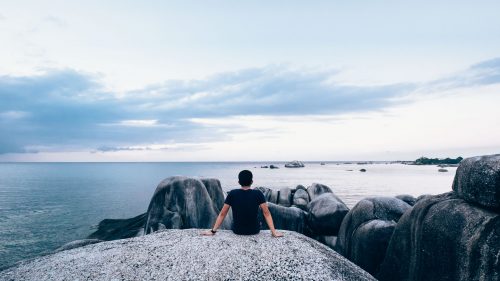 If you think that racist comments disappear once a person achieves a certain level of fame, think again. Many AAPI celebrities find that they are still confronted with harsh racist remarks, especially when it comes to physical appearance and attractiveness. Asian American men in particular are strongly affected by old racist tropes.

“Fresh Off The Boat” creator Eddie Huang explains that, in today’s culture, Asian men are still seen as “technologically proficient, naturally subordinate” individuals who could “never in a thousand millenniums be a threat to steal your girl.” At the root of this comment is the racist assumption that Asian men are somehow inferior to Caucasian men, that they are lacking in masculinity or sexual appeal. And that’s a major problem. Of the kinds of racism Asian Americans face, there is one subtype rarely talked about: sexual racism.

What is Sexual Racism?
“Sexual racism” refers to categorically dismissing an entire racial group of its dating potential due to stereotypes. These racist notions can affect men and women of the same ethnic group in different ways, which holds true for AAPI men and women.

In American culture, there is a longstanding disparity in Asian American men and women’s perceived sexuality. Even current slang illustrates this phenomenon: Asian American women are often fetishized, and we hear terms like “yellow fever” if a white man is generally attracted to AAPI women. That is to say, AAPI women are often “exoticized”— essentially a form of othering with a sexual bend to it.

Conversely, AAPI men are often “desexualized.” Stripped of their romantic/sexual appeal in pop culture portrayals, they are more likely to be depicted as weak and/or emasculated — decidedly NOT objects of mainstream American desire. While neither misconception is ideal, AAPI men have a particularly difficult image to overcome with regards to dating and relationships, as they are deemed largely undesirable.

Implications of Racist Sexual Stereotypes
These racist sexual stereotypes have very real implications, particularly in the dating lives and relationships of AAPI men. Studies show that Asian men have the hardest time getting matches on dating apps, and that among ethnic groups, the disparity between men and women in terms of desirability is the greatest between Asians.

To make matters worse, when this supposed lack of attractiveness in Asian males is portrayed on-screen, it can be internalized by viewers, effectively creating a double feedback mechanism that is damaging to Asian males’ image. Stereotypes like these create a sense of inadequacy within Asian men that can lead to other negative feelings, such as resentment toward Asian women who have non-Asian partners.

A phenomenon like this runs the risk of turning the female body into a commodity, of creating an arena in which Asian females come across as falsely privileged compared to their male counterparts and in which white women appear to be the ultimate prize. These racist stereotypes can fuel deep-rooted insecurities about Asian men’s masculinity and/or sexual appeal, which can spiral into negative notions about AAPI women.

Though this is a stereotype surrounding AAPI men, it is still an issue that involves Asian American women.

Recently, there has been an increase in the number of films with Asian leads. These films effectively portray the lives and relationships of Asian individuals — and they are not entirely centered on the characters’ Asianness. The characters are allowed to exist as human beings on an equal playing field in the dating world.

One smash hit example is the Netflix rom-com “To All The Boys I’ve Loved Before,” starring Vietnamese American actress Lana Condor. Condor plays the lovable Lara Jean Covey, a young Korean American girl who ends up choosing between multiple crushes. What’s notable about the story is that while Covey’s AAPI heritage is addressed (there’s an especially adorable scene about how her love interest buys her Yakult, a Korean yogurt drink he knows she likes), it is not centered around nor predicted upon the fact that she is Asian.

Another recent on-screen example can be found in comedy duo Ali Wong and Randall Park’s film “Always Be My Maybe.” Once again, their ethnicity is addressed and their backgrounds influence the storyline, but the romance and relationship exist beyond their ethnicity, allowing Wong and Park to play full, vibrant characters with their own interests and human needs.

Portraying Asians in this way is critical to dispelling myths, particularly in American society. Seeing Asian actors as characters who exist beyond their Asianness and who represent normal romantic partners is so important — it’s essentially showing that to date an AAPI person is, well, just to date a person.

While it is not AAPI women’s responsibility to market Asian American males’ dateability, women can be active participants in reshaping the conversation about sexual stereotypes that continue to have a palpable impact. Combating harmful misconceptions is not and never will be a zero sum game for minorities. Any progress in dispelling these false notions is positive change that affects the entire AAPI community and how individuals within that community are treated.