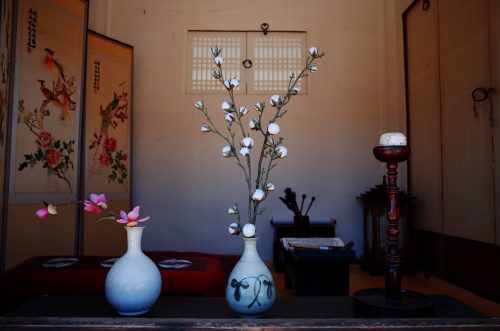 My father has always said I was born with bok. When I was a kid, teachers would often happen to be absent the day I forgot to do my homework or study for a test. When someone pulls out of a coveted parking spot in our busy Queens neighborhood, my partner remarks, “It’s that Sarah Park luck.” And now that I’m nearing my 30s, I look back at the recklessness with which I charged through my youth, and I do marvel at how I managed to walk away with a mild concussion at worst or a broken heart at best. In Western culture, you might say I have a guardian angel, or perhaps more realistically a certain amount of privilege. Nevertheless, my Korean American father insists our ancestors are looking out for me — but only because we conduct the proper death rituals.

Traditional Korean culture, and therefore its rituals and practices, is an amalgam of Shamanism, Confucian ancestor worship, and Buddhism. Filial piety doesn’t just mean respecting the living. It was historically crucial for the descendants to perform elaborate burial preparations (including washing and feeding the corpse), and to exhibit the precise amount of grief: wailing by the women, stoicism by the men, and a hell of a lot of bowing. Mudang would act as spiritual mediums to help the dead pass to the afterlife so that our elders wouldn’t become lost spirits filled with regret and rage. And every year, on the anniversary of each elder’s death, the eldest male descendent would carry out jesa, an offering of an absurd amount of food and rice wine prepared by — surprise, surprise — the women of the family.

With the Japanese government actively suppressing these traditions during colonization, and the impact of American imperialism and westernization post-Korean War, it’s actually rare to find elaborate funeral and mourning rituals still being carried out. Instead, these practices have since been adapted to modern times. Thousands of miles away from the motherland, in the outer boroughs of New York City, my immigrant family performs a modified jesa every year that fits our evolving family dynamic and belief system.

My maternal grandparents, who were refugees from what is now known as North Korea, do not believe in jesa. After losing contact with so many family members and experiencing so much trauma, they converted to Christianity after they settled in Seoul, and they began to see the old ways as pagan and demonic. They believe they’ll be reunited with their loved ones in heaven. After all, why reincarnate, when you can choose to never experience pain or poverty or hunger ever again?

As for my father’s side, my eldest uncle stopped carrying out jesa for my late grandfather when my aunt began to see the old ways as too labor-intensive for the modern working woman. My father took over the duty, despite being the youngest son, and I grew up helping my parents prepare for the ritual every year.

Unlike the generations of men before him, my father helps with the cooking and cleaning. For jesa, we go to the H Mart in Flushing to pick up the highest quality short rib, dried fish, rice wine, three different types of vegetables, three different types of fruit, ingredients for beef radish soup, and ingredients for three different types of savory pancakes. Nothing can be prepared days in advance. Everything must be made from scratch. Once the dishes are prepared (the living are not allowed to taste anything before the spirit does) and laid out on the table in a specific order along with a specific set of silverware, we open the front door and windows. We change into formalwear, invite my grandfather’s spirit inside, and pour him rice wine. Instead of each bowing to the floor, we say a little prayer and give him an update on our lives. Then, we take the silver spoon and stick it in the middle of the rice bowl (this is why your Asian mother scolds you if you stick your utensils upright in your rice), and we leave the room so that his spirit can eat in peace.

Jesa used to scare me as a child. There was little comfort in being surrounded by dead people watching my every move and eating our cooking, good fortune be damned. If we messed something up, did it mean we had disrespected their spirit, and that they would haunt us from one house to the next, that we would be cursed and worse off than if we had never conducted the ritual at all? However, as my own parents get older, and there are inevitably more and more loved ones to mourn, I find that these rituals allow me to fear death and the supernatural far less. I never knew my paternal grandfather, but since my paternal grandmother passed away at 100 years old just a few years ago, jesa has felt more meaningful. Even though she had a Christian burial in the suburbs of Atlanta, I can feel her presence at our table when she comes to visit. I can imagine her delight as we pour her rice wine and feed her dishes she never got a chance to eat when she was younger. I can see her beaming with pride as we tell her all about our latest accomplishments, and thank her for her guidance and protection, all before she floats back out the door and into the glittering New York City skyline.

Our practices are distinctly Korean American and unique to us. My parents and I often discuss how I’ll be carrying on the tradition of jesa, but with our own tweaks — and in the course of these discussions, we’re able to confront our own mortalities with courage and humor. At my mother’s jesa, I’ll make chungmoo kimbap with spicy squid, and instead of rice wine, which gives her a headache and makes her bloated, I’ll serve her an icy cold Coors Light. At my father’s jesa, I’ll buy tacos al pastor with extra hot sauce from one of the trucks at the 61st Street train station. After all, the rules surrounding filial piety are important, but we ultimately carry out these rituals as an expression of love and remembrance. And that’s a cycle of bok that I want to continue and pass onto the next generation.

Check out Sarah’s podcast episode in “Homespun Haints,” where she talks more about Korean ghost culture and growing up with these rituals, as well as her haunted Queens apartment: https://www.buzzsprout.com/310550/9173470 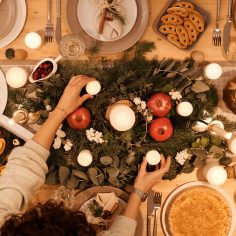 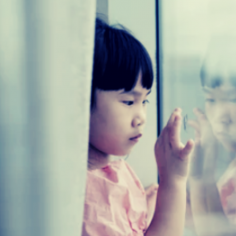 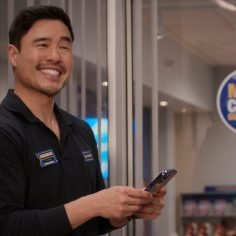