Home Health, RelationshipsHow to Choose the Best Birth Control For You

How to Choose the Best Birth Control For You 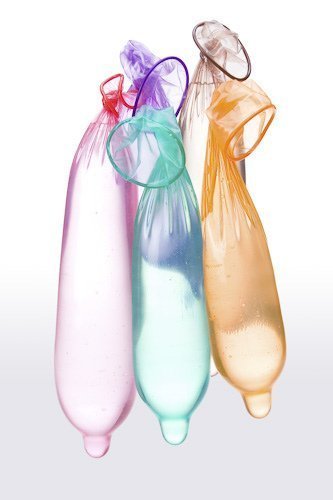 When you’re sexually active, it’s important to find a method of birth control that fits your lifestyle if you’re not ready to become pregnant. The only way to completely prevent pregnancy (or STIs) is not to have sex, but there are also a number of contraceptives that can greatly reduce these risks. Dr. Michelle Sia, an instructor of obstetrics and gynecology at Boston University’s school of medicine, recommends speaking with a gynecologist who can review your medical history and personal needs with you to make the best choice. In the meantime, here’s an overview of available methods of birth control and their benefits and drawbacks. Please note that condoms are the only method here that protects against STIs, so all other methods should still be used with condoms.

Birth Control Pills
Birth control pills, also known as “the pill,” are pills that primarily use hormones to prevent ovulation, also known as releasing an egg during each menstrual cycle. There are a variety of pills that have different percentages of estrogen and progestin or just progestin, so Dr. Sia recommends experimenting (based on a doctor’s suggestions) with different pills to help you find the best one that fits your lifestyle and needs. The pill is 99.9 percent effective against pregnancy, but is often preferred for its additional benefits—it regulates menstrual cycles, reduces symptoms of premenstrual syndrome (PMS), helps treat acne and protects against certain forms of cancer.

Some possible side effects of taking the pill include irregular bleeding, breakthrough bleeding, missed periods, breast tenderness, weight gain, headaches and nausea. These side effects generally occur during the first few months of use and tend to go away once your body gets used to the pill, but whether you experience side effects or not really depends on your body chemistry. Depending on your health insurance, the pill usually costs between $25 and $50 per pack.

Skin patch and vaginal ring
The skin patch and vaginal ring are also hormonal methods of birth control, with a combination of ovulation-regulating estrogen and progestin. The skin patch, changed weekly, releases hormones through your skin for a week and is 99 percent effective in preventing pregnancy. You use one patch for three weeks and no patch for the week of your menstrual period, wearing it on your lower abdomen, buttocks, upper arm or torso. The disadvantage to using the skin patch is that it doesn’t protect against STDs.

The vaginal ring is placed in the vagina for 3 weeks and changed monthly. Either you or your doctor can insert the ring, and on the first day of the fourth week, you remove the ring during your menstrual period. One disadvantage to using the ring is that it can fall off and you can forget to remove it and use a new one.

Potential side effects of the skin patch and vaginal ring are the same as the pill. They can cost between $15 and $50.

Intrauterine device (IUD)
An intrauterine device (IUD) is a small device placed in the uterus to prevent pregnancy. There are two types of IUDs: the copper IUD, such as Paragard, and the hormonal IUD, such as Mirena. Your gynecologist inserts the IUD in your uterus, and you must schedule a physical exam and STI test before having the IUD placed. The IUD can prevent pregnancy for five to ten years. The copper IUD has been seen to increase menstrual flow and make your period last longer. While the hormonal IUD can reduce your flow and cramping, it can also cause spotting, mood swings and breast tenderness

Condoms
Male and female condoms are 97 percent effective. While they can be used alone, as the only contraception that helps prevent STIs, condoms should also be used with any other method of birth control. The more popular male condom is made out of latex and rolled onto the penis to prevent semen and other secretions from entering the vagina. The reservoir tip at the end, about a half inch to an inch, collects semen and prevents breakage of the condom.

The female condom is a polyurethane sheath, with a more roundish shape than the male condom, and is less effective with a failure rate of 5 percent. These have a closed end, which is inserted into the vagina as a barrier for semen, and an open end, where the penis is inserted. For either condom, it’s the safest to just use one instead of two, and male condoms shouldn’t be used simultaneously with female condoms either. These are all available at your local pharmacy without a prescription as well as at clinics, some free of charge.

Although this and the other “barrier methods” below are not as effective as hormonal methods or IUDs, they have fewer side effects and can supplement another form of birth control.

Sponge
The sponge can be purchased at your local drugstore or clinic. Like condoms, the sponge is disposable after sex and contains spermicide. It is placed in the cervix and is 98 percent effective when used with a condom. You can use the sponge in a 12-hour period and not have to change it if you have sex more than once within that time.

Progestin injection
Birth control injections contain either the hormone progestin or a combination of progestin and estrogen. It is injected in the muscle of the arm or butt every 12-13 weeks. The injection is 99.7 percent effective and starts working about 24 hours after the receiving the shot. The disadvantage of using the injection is that it can lower bone density and cause weight gain and irregular periods. Your gynecologist will give you the injection, which costs about $40 each time.

Emergency Contraception
Emergency contraception pills (ECP), otherwise known as the morning-after pill, helps prevent pregnancy after unprotected sex (such as if you forget to take your birth control pill, the condom breaks or you don’t use a condom). With a larger dose of estrogen and progestin than normal birth control pills, ECP attempts to delay ovulation, prevent fertilization or disrupt a fertilized egg from attaching to the uterine lining. It can come in the form of one pill or two (taken 12 hours apart) and can reduce the chance of pregnancy up to 72 hours after unprotected sex.

While the morning-after pill is FDA-approved and 89 percent effective, it is a backup method to prevent pregnancy and should not be used on a regular basis. Seven out of eight women who would have gotten pregnant will not become pregnant with ECP, but a woman who uses ECP as regular birth control has a 20 percent chance of pregnancy, even when taken properly. Potential side effects include changes in your period, nausea, abdominal pain, fatigue, headache, dizziness and breast tenderness. You may have a heavier or lighter period, or it can come earlier or later after taking the emergency pill.

It’s important to note that ECP is not the “abortion pill” and won’t terminate an existing pregnancy.

The “Pull-Out” Method
Also known as withdrawal, the pull-out method is when a man pulls his penis out of the vagina before ejaculation. With this method, there are no side effects because no medication is involved, but the effectiveness of this method is disputed. Some say that the effectiveness is 73 percent if done correctly—but it very often is not, whether due to timing or other reasons. Though it is also disputed whether pre-ejaculation, or pre-cum, carries live sperm from a previous ejaculation, it can definitely transmit STIs.

Sterilization
Sterilization is a permanent procedure for both men and women that surgically prevents pregnancy, but this is an extreme method of birth control not usually used by young people. In tubal ligation or implants, a woman’s fallopian tubes, where the eggs are carried from the ovaries, are tied, cut or blocked. In a vasectomy for men, the tubes that carry sperm from the testicles are cut so that the semen no longer contains sperm. Post-operation effects include bleeding and nausea after surgery for women and swelling for men.