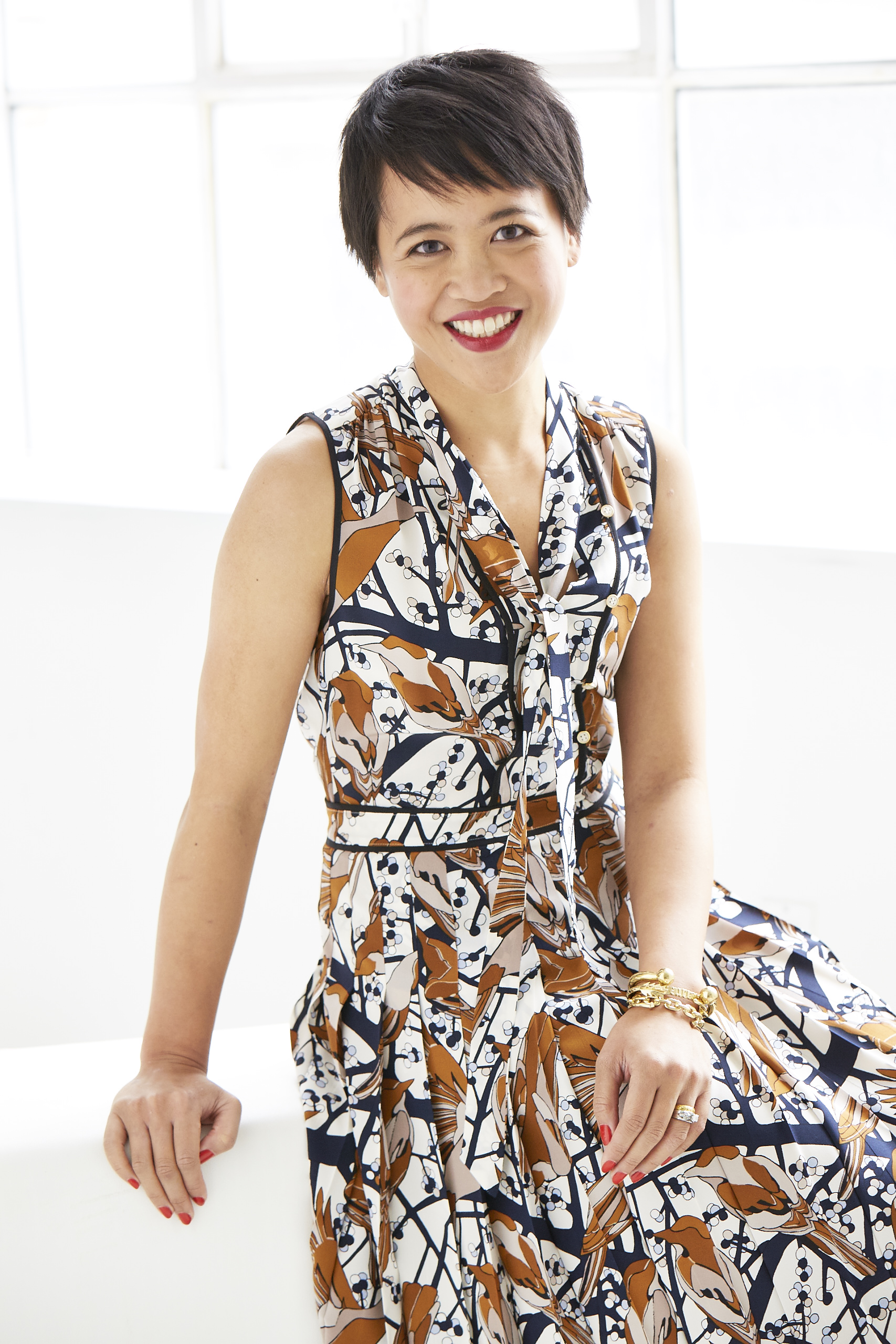 How do you become the editor-in-chief of the number one magazine for teen girls—one with more than 12 million readers a month and a 71-year-old legacy? If you’re newly minted Seventeen editor-in-chief Michelle Tan, you make it your mission to share stories that empower and inspire teen girls, a purpose that we at Mochi aspire to as well. That’s why we were so excited to sit down with the seasoned editor and storyteller on a sunny afternoon at Hearst headquarters in New York, to find out how she got her start in journalism, how she climbed up the masthead, and where she sees the future of Seventeen in the years to come.

Ever since she could remember, Tan wanted to be a writer. “I thought I was going to write the next Great American Novel, but then I realized I was absolutely horrible at making stories up,” she says. So Tan found another way to continue her love of narrative, by chasing stories in real life. By the time she was in high school, she was interning and writing features and profiles for her local newspaper, The Post-Standard, in Syracuse, NY.

“I loved how books transported me and I wanted to do that—to tell stories that transported people. Real life is so compelling and those stories are out there,” Tan says. “You just have to go out there and find them.”

Reporting on stories wasn’t difficult. Tan, the daughter of Filipino immigrants, had much practice sharing her own story as a young, first-generation Asian American with classmates and friends in a predominantly white community. “I constantly had to explain where the Philippines is and that I was not Chinese or Japanese,” she says, noting that she wasn’t resentful of having to do so. “Of course, [my peers were] just little kids and they were just trying to figure out who [I was].” Tan continues, “I had great friends who didn’t make it a big deal at all. There was never any sort of bullying because my skin was a different color. I was really proud of being Filipino—I didn’t mind talking about it.”

Indeed, simply talking to people has been one of the keys to Tan’s success. It’s helped her build a strong network of mentors and friends. “One of the biggest things I always say is to ask for help when you need it,” she advises. “I think there’s such a huge pressure to excel and to do it effortlessly, but not everyone’s perfect and there are going to be times when you need help. It’s not a sign of weakness—it’s only going to make you much stronger in who you are and what you’re doing.”

Tan’s journey to the top has been a steady climb. After getting her start at The Post-Standard, she went on to study journalism at Northwestern University. “I had really great teachers, mentors, and people who helped shape me there, so personally, journalism school [was] invaluable. Being in a place that teaches you the fundamentals of reporting—the who, what, when, where, why—all of that was a gift.”

As a journalist, Tan recognizes the importance of getting the scoop, but she emphasizes that it’s not just about chasing one definition of success. “The one thing is to always be open to different opportunities. My first internship was for a magazine for the HIV/AIDS community [Poz] and it was one of the most influential experiences in my life. I was working with a small but passionate staff and it taught me so much.” 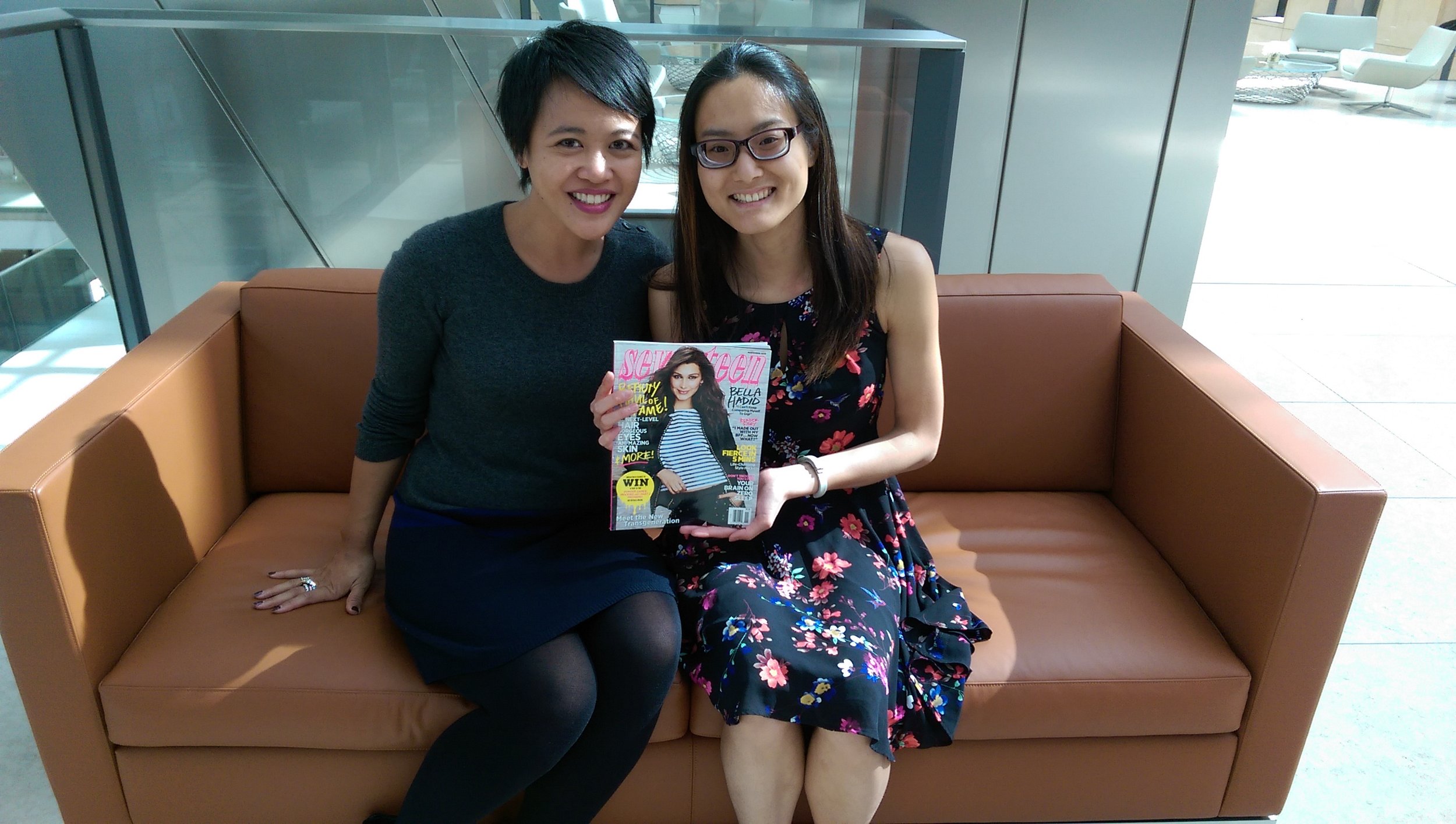 Once she finished school, Tan hit the ground running. “I graduated Northwestern with my master’s [degree] on a Saturday. I moved to New York on Sunday and I started my internship at People magazine on Monday morning. When you’re thrown into something, you have no time to think, you’re high on adrenaline and you just go for it.” Her momentum only grew, developing into a 12-year run at the iconic weekly magazine.

The pace might sound crazy, and diving in head-first might seem scary, but Tan raves about her first job out of college: “I was exposed to so many different things. One week, I could be talking to a woman about the birth of her baby; the next week, I’d be talking to someone about losing 100 pounds; and then the next week it could be Jessica Simpson’s wedding. It was constantly changing, which made things very exciting—slightly exhausting, but [it] kept you on your toes.”

As she continues to charge ahead, leading a new generation at Seventeen, Tan is committed to her readers. “Seventeen always gets at the heart of what it’s like to be a teenager—the hormones, high school, relationships, and all of that. It’s a 360 reflection of what it’s like to be a teen girl today.” The magazine will keep the contents fresh, but its spirit will remain unchanged. As Tan says, “The emotions [for everyone] will still be the same: self-doubt, trying to find your place in the world, all of that.”

Summer in the City