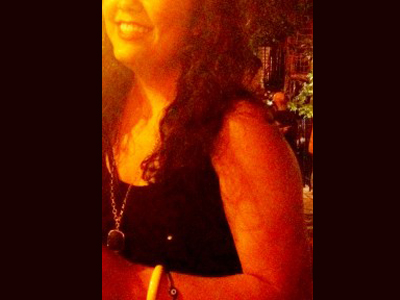 I don’t think mainstream culture understands Asian girls’ obsession with arms (and body weight). I know I’m only half-Asian (which I’m repeatedly told is not “really Asian”), but my Asian mother’s negative feelings toward her own arms have been transferred to me. I am fixated on other people’s arms. I read celebrity blogs and consider whose I’d most like to steal (Jennifer Aniston’s are classics, Jessica Alba also has nice, long, slender guns, and who can forget First Lady Michelle Obama’s upper-body gams of steel?). On the subway, I’ll stare at the toned, but not too muscular, shoulders of a perfect stranger and wonder what she does to get rid of that pinch of flubber where her arm meets her chest. I even refer to my arms as Pangaea to my friends because I hope “someday they’ll break up.”
It’s obsessive. I avoid mirrors and won’t wear spaghetti straps. I thought this kind of fixation was pretty normal until high school when a (not very PC) writing teacher off-handedly commented that “you never wear tank tops probably because you have that Asian thing about arms.” And then recently, on xoJane, former Mochi writer Noel Duan posted a blog called, “Fat for an Asian: The Pressure to be Naturally Perfect.” She brings up the pressures Asian girls face trying to fit into the stereotype of a skinny Asian girl—and how, culturally, if you’re too skinny your Asian relatives will force-feed you and if you’re too fat, they’ll call you porky. And a lot of society doesn’t understand that Asian girls (who are supposed to be skinny by default) struggle with their own weight insecurities just as much as a result. In reference to arms, the author notes:

“The first time I realized I was ‘fat’ for an Asian girl was when I was 10 years old, on a trip back to China to visit relatives. A distant cousin whom I had never met before grabbed my arm and said, ‘Hao fei,’ which, roughly translated, means, ‘So porky.’ Since that day, I stopped wearing short sleeves whenever possible because I was afraid others would notice my ‘porky’ arms.”

I knew I wasn’t alone! I only started wearing tank tops within the last year—not because my arm anxiety is gone but because it’s been so damn hot. I realize this is an obnoxious thing to be insecure about—arms. The majority of society may never really think about them, and how often do guys say they love a great pair of arms? But just like eyelids or curves or straight hair, we Asian girls (if I may refer to myself as so) have adopted a lot of pressure onto ourselves to conform to one beauty ideal, and sometimes, I just feel like screaming: Screw this! I’m wearing a tank top every day!

Because how exhausting is it to hide under a sweater forever?