Home Lifestyle, HealthAn Update on Young Adult Use of E-Cigarettes

An Update on Young Adult Use of E-Cigarettes 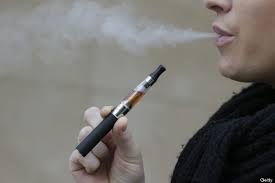 In a study published by JAMA Pediatrics, researchers from the University of California, San Francisco, asked middle and high school students several questions about tobacco use, including whether they have tried cigarettes or e-cigarettes and if they had thought about quitting smoking. This is what they found:

So what does that all mean? Granted, this is a cross-sectional study and if you’ve been paying attention in your statistics class, you know that means this is a snapshot in time of what people are doing.

The big debate is whether e-cigarettes can help current regular cigarette smokers quit, but according to this data, young people aren’t actually trying to quit if they are current e-cigarette users (use in the past month). For those that have tried e-cigarettes, the odds are low that they are trying to quit smoking in general.

There was another study done exclusively in Korean adolescents this past that found that current e-cigarette use was associated with trying to quit in the past year. While this could point to cultural/behavioral differences, it’s also possible that they were able to detect that difference because that study had several hundred thousand more students to survey compared to the U.S. study (75,643 for Korean vs. 18, 866 in 2011 and 24, 658 in 2012 for U.S).

The future doesn’t look so bright for e-cigarettes when it comes down to whether they help users quit smoking regular cigarettes. Time will tell, but knowing that e-cigarettes may also cause harm to the body, it seems best not to expect any magical cure-all of nicotine addiction from e-cigarettes.