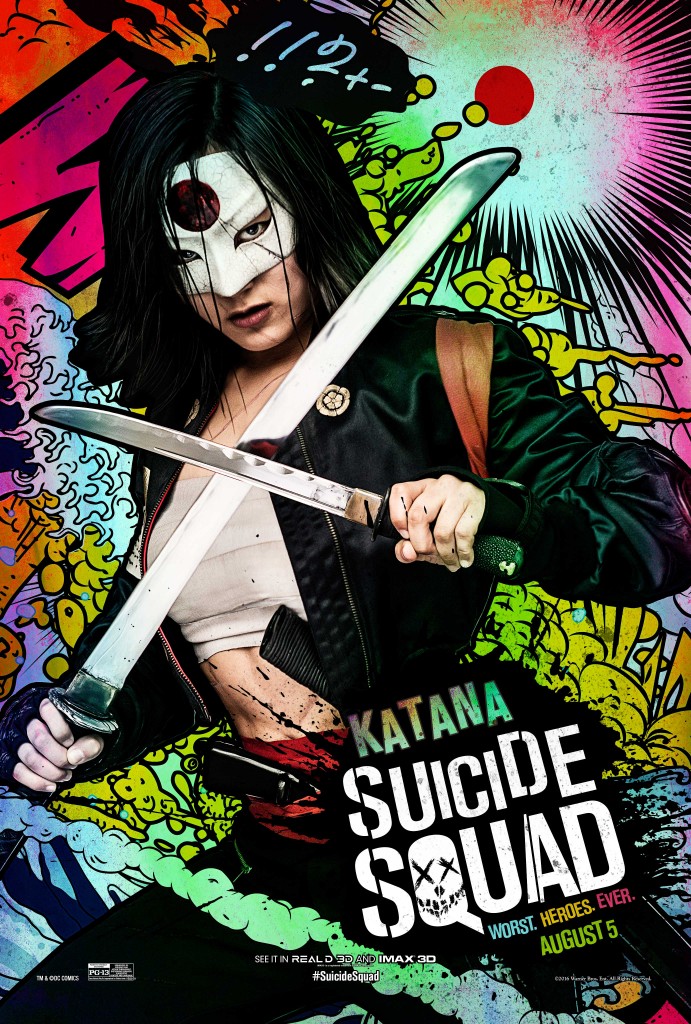 You may recognize the 24-year-old from frequent appearances on co-stars Cara Delevingne and Margot Robbie’s Instagrams, but for Fukuhara, acting was never about the glitz and glamour of Hollywood. For someone from a first generation Japanese American family, her childhood dream of acting was always about the art.

With the release of the highly anticipated Suicide Squad movie, that once-distant dream is well on its way.

“I only really found out how to go about the business a couple years ago, when I graduated college,” Fukuhara explains. “That’s when I realized that this was the path I wanted take.”

The daughter of a piano teacher and a businessman, Fukuhara and her family didn’t have access to the necessary resources and networking to break into the film industry. They didn’t even know what an agent was or what the audition process was like, but her family has since embraced the industry.

“It’s really cute because my dad is a typical Asian dad that doesn’t really speak much in the house,” says Fukuhara. “But he’s watched the trailer so many times and he asks me a lot of questions about the cast and about the shooting process.”

For someone starring in a huge Hollywood flick, it might come as a surprise that most of Fukuhara’s previous work in the entertainment industry was at its fringe. At UCLA, she studied sociology and theater, sung acappella, and reported for a sports show on the NHK channel, one of the biggest public broadcasting channels in Japan, on the side. 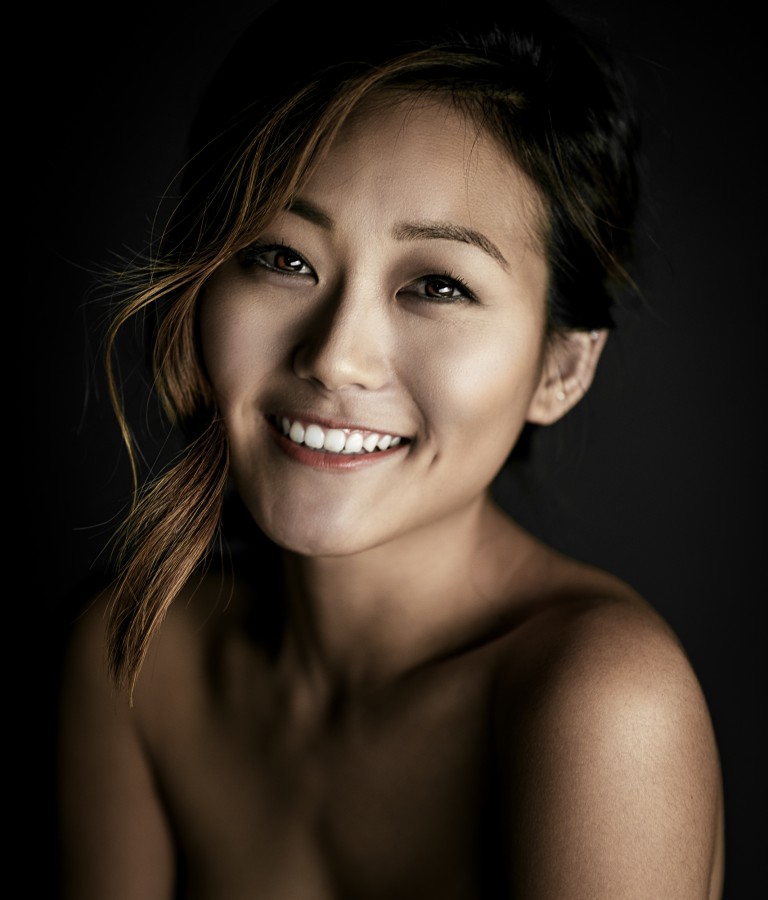 She continues to work with the channel, traveling domestically to interview fans, players, and coaches. She was also working as a part-time Japanese translator for a subtitling company when she found out she’d landed the role of Katana in Suicide Squad.

On her casting, Fukuhara recalls, “I think they wanted someone with more credits, and I had pretty much none. I kept calling my manager, my manager kept calling me, and we were all trying to figure out whether I’d booked it or not.”

Despite her lack of credits, Fukuhara did land the role of Katana, the fierce samurai-inspired street warrior who wields the Soultaker, a sword that traps the souls of its victims. In the film, Katana, whose real name is Tatsu Yamashiro, is one of the super villains that unite to carry out a top-secret government mission in exchange for clemency. What sets Fukuhara’s character apart is her moral code. Though she is a lethal and calculated villain, she is extremely loyal and keeps the others in line to defeat the greater evil.

Fukuhara’s personality is the polar opposite of her character, but, according to her, their spirits are similar. “I’m not standoffish or serious in any way, so I guess I catch people off guard,” she says. “Loyalty and the samurai spirit are things I’ve known all along. It’s something I could pull from for the role.”

To prepare for the role, Fukuhara immersed herself in research to reach the parts of Katana that she did not already know. The role was physically demanding, too. Her daily regimen included one hour of fitness, one hour of martial arts, and a couple hours of sword training. 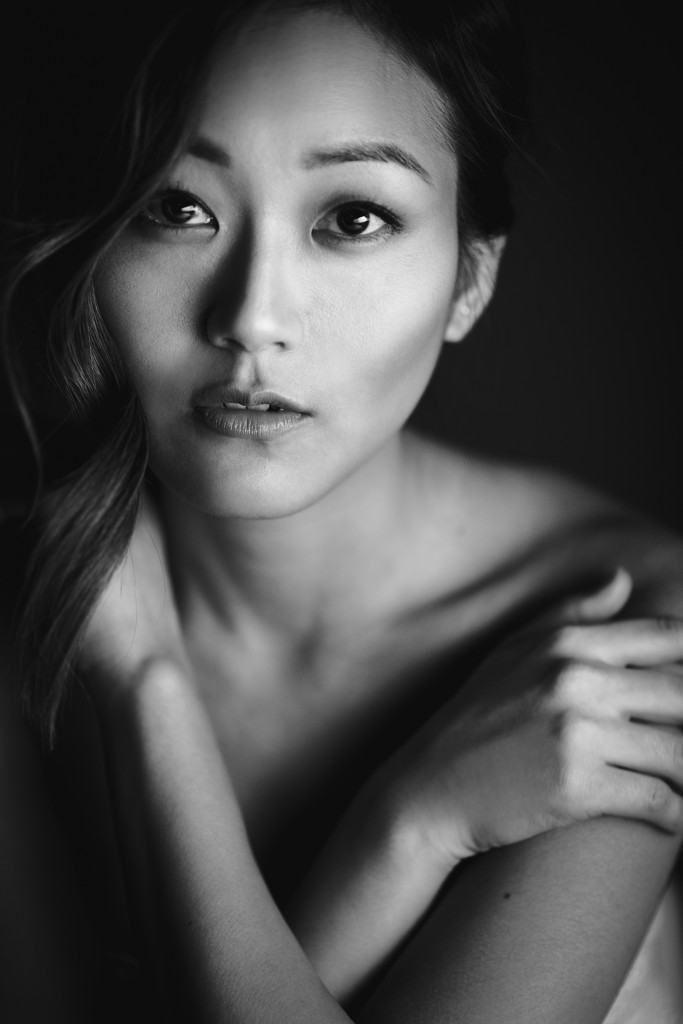 “Katana has special powers, but essentially, her power is her actual sword skill,” Fukuhara says. “I felt that if I didn’t get that in me, [if] I didn’t know it by muscle memory, I wouldn’t be able to do Katana justice.”

Going forward, Fukuhara hopes to work in both Japan and Hollywood. She’s already one step ahead of the game, taking roles that are ethnically accurate.

“It’s a subject that we are all focusing on, but I hope that a lot of Asian Americans in the industry can begin bringing each other up,” she says of Hollywood’s whitewashing in movies including Ghost in the Shell and Aloha. “The Black community works hand-in-hand together. They have this unity. I’m not sure if Asian Americans have that yet.”

Fukuhara has, however, felt the love on social media, receiving messages from people who are proud to see a female Asian American superhero in a mainstream Hollywood flick. “It’s very touching to hear stories about mothers thanking me,” she says. “Katana’s not only a superhero, but she’s independent and strong, and she’s not reliant on anyone else.”

Fukuhara remembers searching for princesses and characters that looked like her as a girl. There were none. She hopes Katana will fill that void.