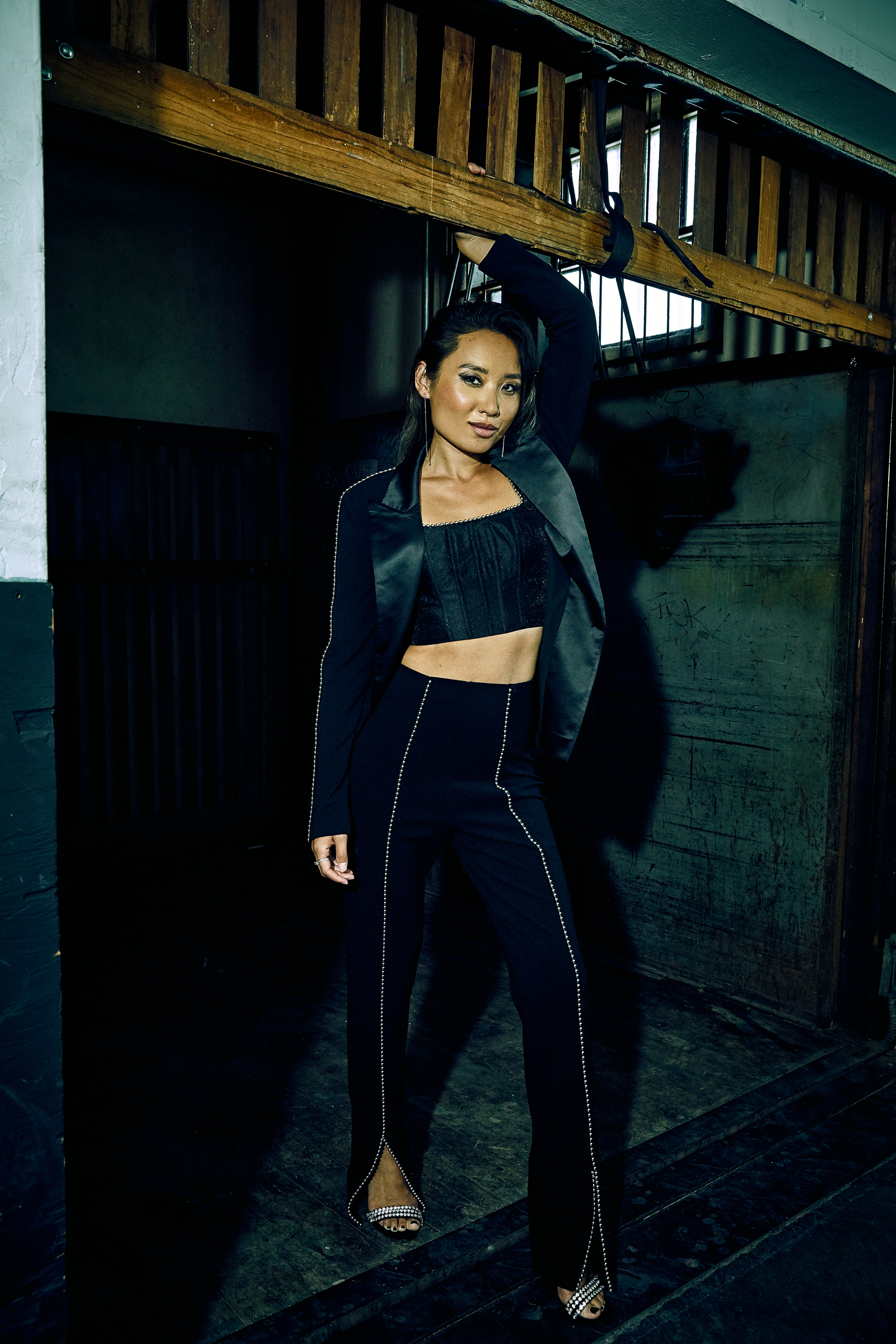 Li Jun Li is an actor who spent her childhood across three countries. She is now a veteran actress whose TV credits include “The Minority Report,” “Chicago PD” and “The Exorcist,” to name a few. Li is currently starring in Netflix’s new series “Wu Assassins,” a martial arts drama set in San Francisco.

Mochi spoke with Li about her childhood, acting and Asian American representation.

YS: What were you like when you were younger? Where did you grow up?
I was born in Shanghai, China. I was really shy, and had bad separation anxiety. I never, ever in my life thought I would be an actress given how I acted as a kid. Then I moved to South America for two years because my dad was an artist. After that, I moved to New York at the age of 9.

When I was a kid, I was a nerd and wore thick glasses. I was really anti-social because I had to learn two new languages at a young age. I was always made fun of. It finally started to get better when I was in high school. [How I was as a kid is] nothing like how I am now. My mom trained me well and she forced me to be more outgoing.

YS: Do you see any similarities between you and your characters Jenny (in “Wu Assassins”) or Iris (in “Quantico”)?
I’m very close to Jenny in a way. We are both Asian Americans in a Western country but struggling and balancing what it means to be loyal to our culture and traditions, where some of our friends don’t understand that. For example, we take off our shoes. [We] take care of parents from the moment we are independent until they are old.

With Iris, not so much. She was really mean even though she redeemed herself later on. I didn’t have the same education as her. Iris went to Harvard-Westlake, I had a performing arts education. She’s not my cup of tea, but I really enjoyed playing Iris Chang. It’s fun to play an antagonist.

YS: How have you evolved as an actor?
With the Asian representation that’s happening, it gives people like me a little more luxury to choose the roles that I want to do. I try to pick the roles that I do based on variety. We all want challenge. We all want to grow. I want a number of different roles if I can get the opportunity to.

YS: Do you have any hobbies outside of acting?
I do work out a lot. I try my best to keep in shape. I train. Most of my castmates are actual martial artists. I want to be like them when I grow up. [laughs] I’ll never be at their level, but it’s a direction I’d like to go in since I’m in this role.

I like to soak up time in New York as much as I can. “Wu’s [Assassins]” is my third show in Vancouver. “Chicago P.D.” was in Chicago. “Quantico” was filmed in Montreal. My work takes me outside of NY a lot, so I try to spend a lot of time with my family and friends whenever I can.

YS: Is there anyone you look up to in the entertainment industry?
It’s tricky. There’s no one person I look up to. [Acting’s] never been on my mind growing up because I was so shy. When I was 15, Lucy Liu was on “Ally McBeal.” She was the only Asian American face I had ever seen on a major TV network. I thought it was so impressive. I read somewhere that she had originally auditioned for a different role. She didn’t get that role but she impressed the director, and another role was created for her. I like the fact that when you work hard enough, you can change someone’s mind. Things will come to you.

YS: You’ve been acting for more than 10 years now. What advice would you give to your younger self?
Everybody needs to work hard. Keep going to classes, keep [being] flexible, and keep [your] tools polished. The opportunities will come, and you’ll be ready. While you do that, be kind and stay humble.

YS: How do you see Asian American representation changing after “Crazy Rich Asians”?
There’s definitely been a significant change in the last three years. When I first started in the TV world, there were all these new shows. Everyone wants to be the star of a new show or pilot. You can see the number [of roles for Asians] increasing; it was two or three [a season] and now it’s 16 roles. It’s [moving in] the right direction, but we’re not done yet. There’s still a lot of people behind the scenes and behind the camera that are underrepresented. We can do what we love without having to jump through [as many] extra hoops that we’ve always had to.

YS: What can we expect from “Wu Assassins”?
You’re going to expect a whole lot of fun, especially if you’re a martial arts fan. It’s got supernatural elements and takes place in modern day SF. [The show’s] going to appeal [to] people. It’s something we can relate to really well.