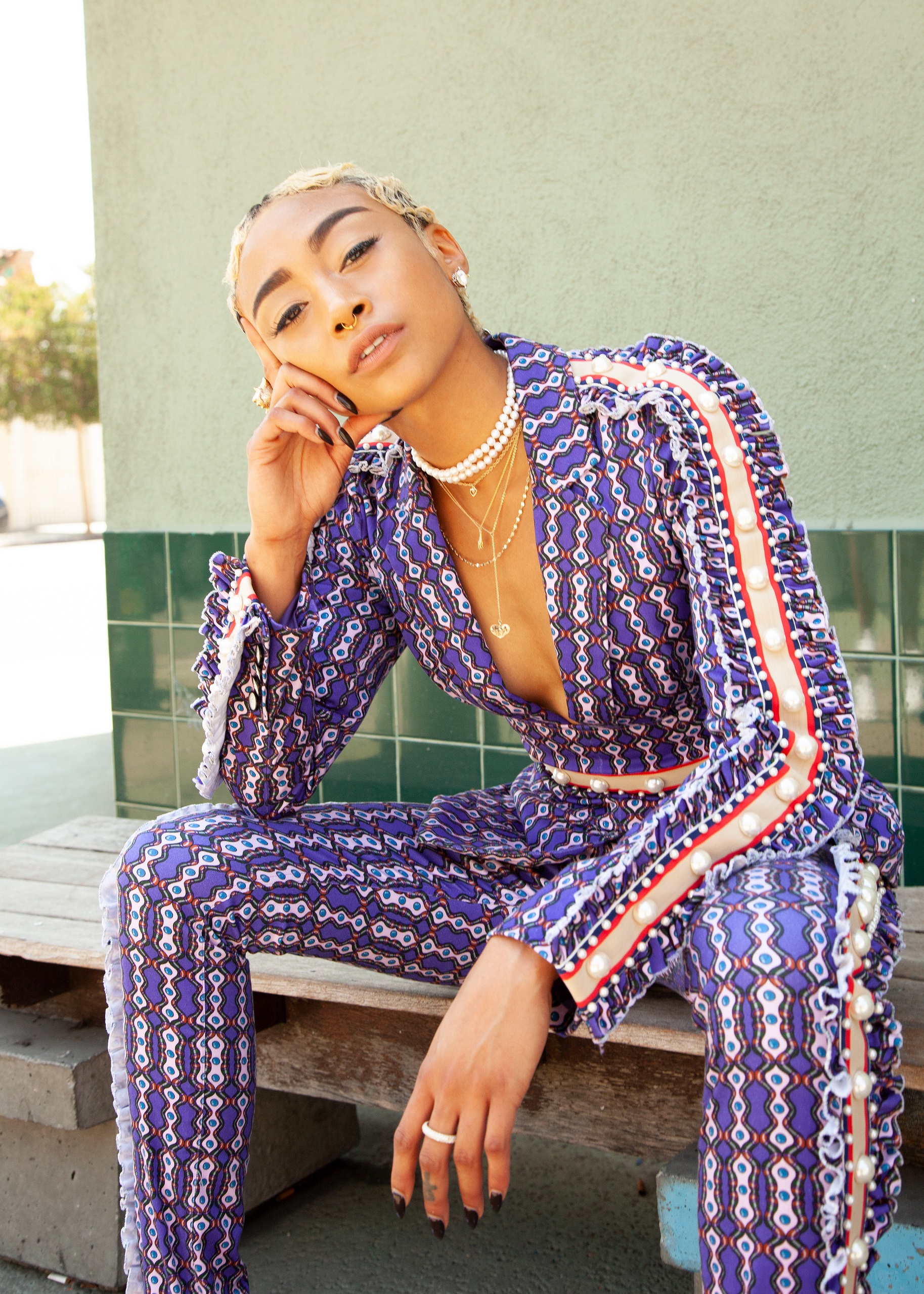 Halfway through our conversation, I let it slip that I have never watched a Disney movie and Tati Gabrielle lets out a shriek.

“What?! You need to,” she says in a rush of breath and familiarity like we’ve known each other our whole lives. “Have you also never been to Disneyland? It’s okay, it’s never too late. It’s the happiest place on Earth.”

Happiness is a concept that does not elude Gabrielle, and her optimism seeps into everything she says, even when addressing negativity. She will play Prudence in Netflix’s upcoming original series “The Chilling Adventures of Sabrina,” which will be released on October 26. The role challenges the positive nature that comes so easily to her.

“Its my first time playing a more villainous character, more of an antagonist,” Gabrielle says. “My first thought when I watched myself play was like, ‘Wow, I’m a b*tch!’”

This Netflix original, based off the Archie comic books of the same title, explores a topic fraught with social discourse and vulnerability – female adolescence and the friendships that come along with it.

Gabrielle explains her interpretation of the reboot – “It addresses anybody on a path or journey to discover who they are, which people do at any age, as well as this idea of belief. What do you believe in, how far do your beliefs go, what do they drive you to do, and how do your beliefs affect the people and world around you?” She pauses, then adds, “It’s a show big on girl power and a woman’s place in the world, despite the patriarchy.” 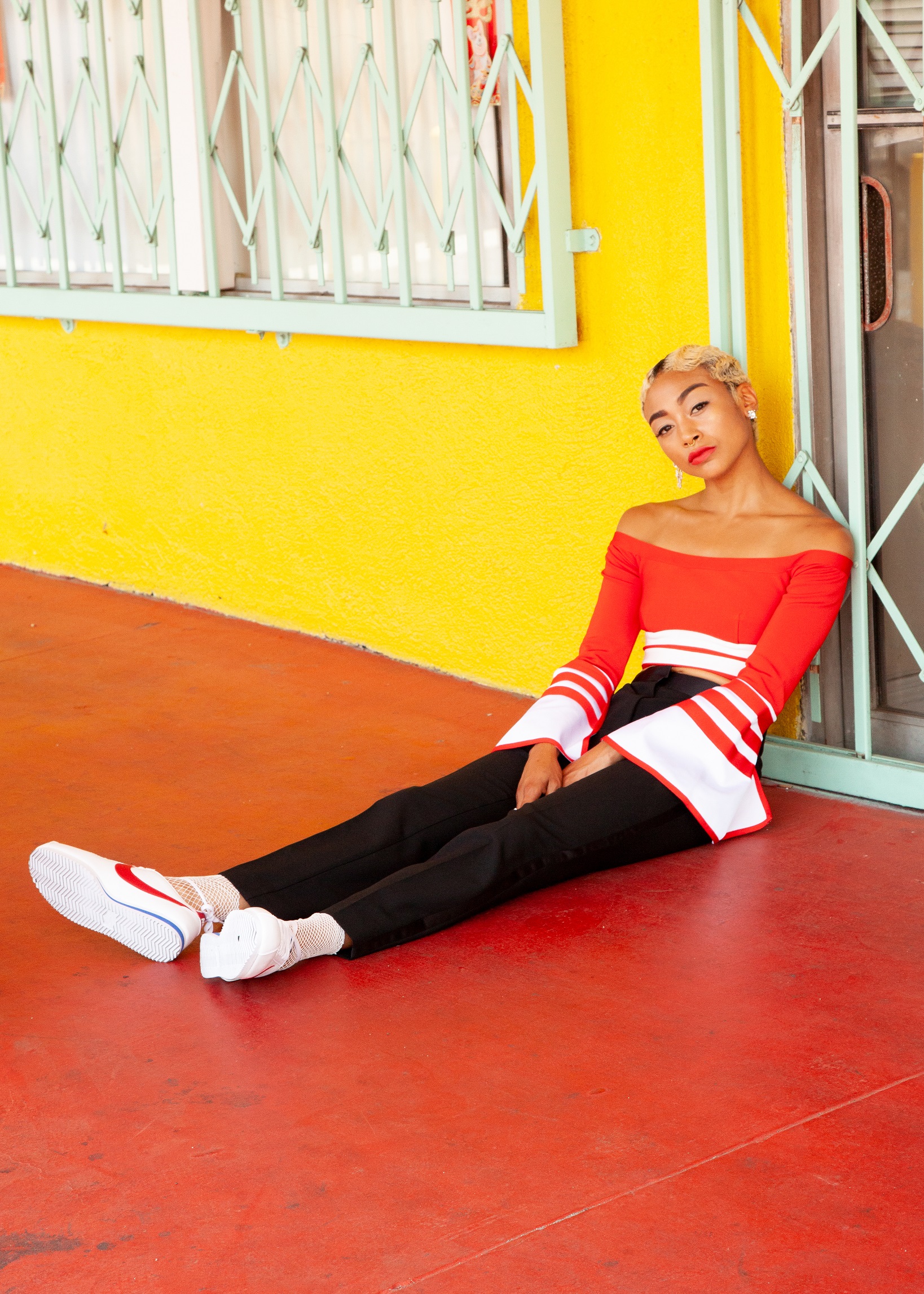 Unsurprisingly, Gabrielle is no stranger to strong, female characters, and is emblematic of the way feminine strength can come across in vastly different ways. On the CW’s “The 100,” she currently plays Gaia, a character whose idealism and softness matches her own.

“Gaia and I share a lot more in common,” Gabrielle says when comparing the two characters. “The way we look at life and move through life, her peaceful outlook, her optimism […] she believes that there’s always something better. Prudence is a lot harder to play. She’s a no BS kind of chick.”

But true to her empathetic nature, Gabrielle quickly pivots and reflects deeper on her role’s impact. “With Prudence, I definitely work to give her layers and make her human in that respect,” Gabrielle muses. “No one’s just evil for the sake of being evil. Everybody has a method to madness; post-traumatic stress of any kind can sometimes make people bitter.”

If it seems like Gabrielle gravitates to action roles as a means through which to translate her characters, it’s not entirely unintentional.

“I love action because of the physical aspect, but I lean equally to something with story and depth,” she says. “‘Colombiana’ was one of my favorite movies growing up. I love this idea of resilience, that this little girl saw things that happened to her family and yes, she wanted revenge, but she wanted justice more than anything.”

Growing up in a deeply multicultural pocket of the Bay Area likely helped shape Gabrielle’s seemingly endless passion for understanding others – a passion that led her to acting.

“Growing up there was the most beautiful experience and it didn’t settle in with me until I got older and left,” she reflects. “I grew up with such diversity and such an open atmosphere. I grew up colorblind because I grew up in such a liberal and diverse place, which is a big part of the outlook I have for the world.”

After briefly moving to Atlanta for college, Gabrielle quickly learned that diversity is a bubble all its own: “I went from one of the most liberal states to almost the exact opposite. It was the first time I experienced color and really understood true discrimination. It was a more sheltered version of thinking, and I found that not everybody is so open minded.”

True to form, she ends her thoughts with a positive spin: “There’s still room to grow there.”

But as acting was always her endgame, Gabrielle quickly found herself back in California, this time in Los Angeles. After a few stints on Nickelodeon and the Disney Channel, she landed her role on “The 100” and found her footing.

We talk a little about how she keeps her culture and family close to her heart, especially in an industry that’s been known to favor whitewashing and a certain level of surface homogeneity.

“My mom is Korean American, so I grew up knowing how to use chopsticks and how to eat kimchi,” she shares. “These are all minor things, but she wanted to make sure that when we got older, we’d have the desire to seek out that part of our culture. It’s why I want to go to Korea and I’m trying to learn the language now.”

I tell her that I also straddle all the blurry lines between Asian, American and Asian American and she delves into her own thoughts on the future: “I feel sort of in limbo. I want to raise my kids in a different country. A lot of America’s values and ethics […] some I agree with, some I think we’ve lost our way on. I definitely feel like I’m kind of floating sometimes, which is why I want to travel so much and find where I belong.”

Ultimately, as always, she’s hopeful. When I mention that so many people our age are mixed in some way, she gets excited. “I think that’s awesome, in a way!” she exclaims. “Now we can bridge the gaps of the world.”

She has final words for her audience: “Take two hours of the day to not be on your phone, and to live in the world and be present. And let go of social media for a minute. And go be out in the world and experience life with your own two eyes and two hands and they body that you were given.”

And with that, she was off to celebrate a friend’s birthday, her boundless optimism and compassion following behind. 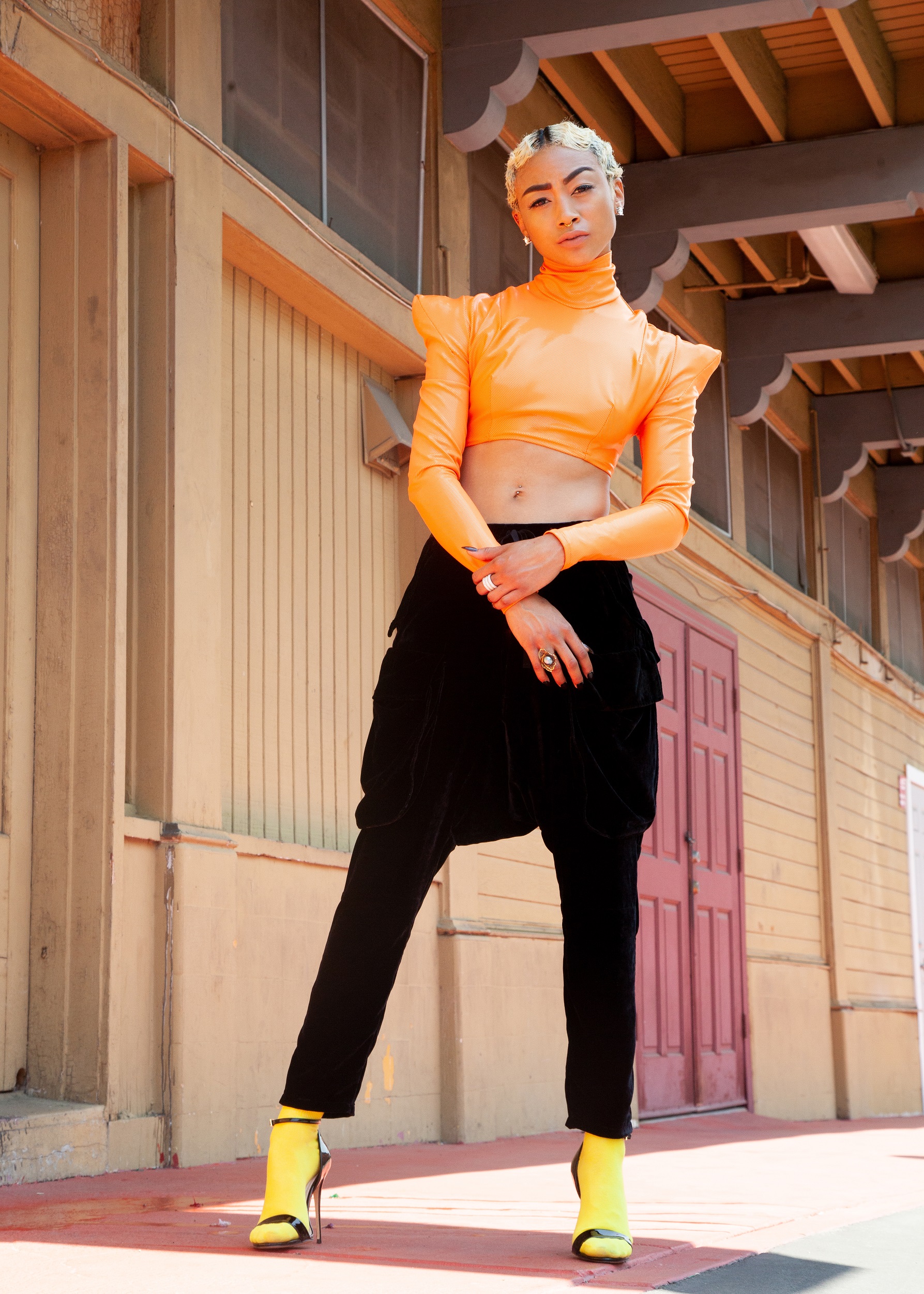 An earlier version of this article incorrectly stated the Netflix series was a reboot of “Sabrina the Teenage Witch.”