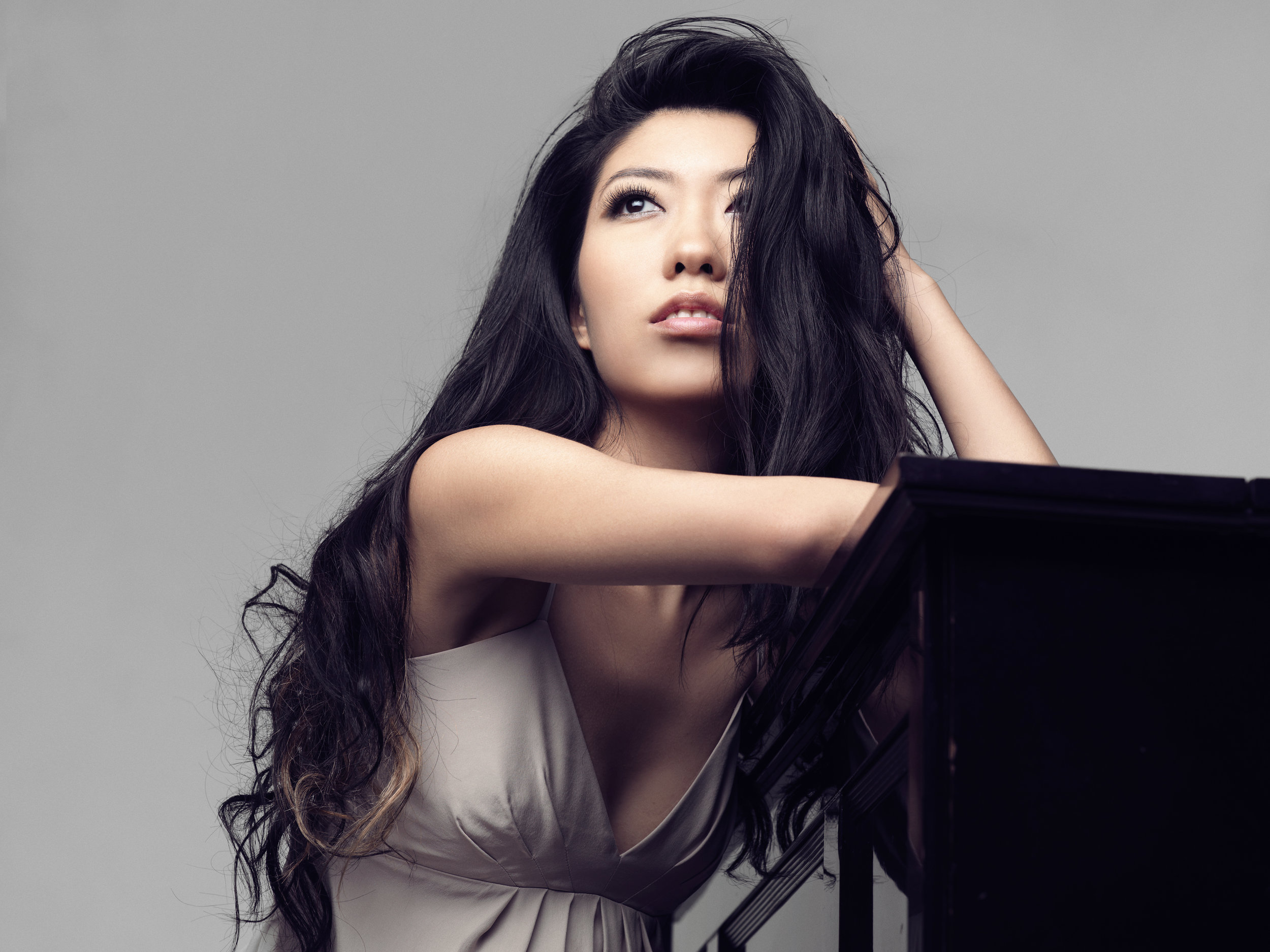 Wanting Qu is a superstar in Asia. Her first album went platinum in China within a week of its release, and her second debuted at number one in six countries. Last year, the Chinese-Canadian singer-songwriter set out to conquer North America, with a 17-stop tour featuring songs in both English and Mandarin.

Qu grew up in Harbin, China, but at 16, traveled to Canada by herself to study abroad. “It was the thing to do,” Qu says. “I was thrilled when my mom asked me to go, because I was very interested in Western culture from listening to Western music and watching Hollywood movies.”

The transition from East to West wasn’t easy. Unfamiliar with the English language, she interacted with as many people as she could in her new home. She ultimately earned her bachelor’s degree in business, but not without first realizing her true passion: music.

“I looked at my classmates and you could tell they were genuinely in love with the subject [of economics],” Qu says. But she saw something different in herself. Unlike the kids who begrudgingly put up with a few years of piano lessons, her love of playing never wavered. She recalls, “I could play Twinkle, Twinkle Little Star the first time I touched a piano.…Deep down, music was what I really wanted.”

Her mother—whom Qu wanted so badly to please—wasn’t so keen on swapping spreadsheets for studio time. Regardless, Qu launched her music career in 2005, when she began sending demo tapes to major labels. She didn’t get a response immediately, but neither was she expecting one just yet. When she approached the CEO and co-founder of Nettwerk Music Group—the label for stars like Dido and Sarah McLachlan—she had a more long-term plan. “I knew Terry McBride was the manager I wanted to have in the future, but not until I had my songs ready,” Qu says. So she approached him at a Sarah McLachlan concert that year and told him, “I will show you my music when I’m ready, but you need to remember my name right now.” Four years later, she submitted her demo and was signed to the label as its first Chinese artist.

Qu’s popularity skyrocketed in 2012 when her songs “You Exist in My Song” and “Drenched” were used in the Hong Kong hit film Love in the Buff. She wrapped up that year with a performance on CCTV’s Spring Festival Gala—in front of an estimated 700 million viewers. Even better? Her success and music awards were a turning point for her mother. “When she saw me, she was thrilled and very proud,” Qu says.

Interestingly enough, Qu’s early songs were written in English, her second language. “I write songs based on my experiences. After I came to Canada at 16, I grew as a person and experienced all these emotions in an English-speaking environment,” she explains. Likewise, her first Chinese songs reference her experiences in China.

The bilingual songstress never hesitates to perform in either language, and sings powerfully in both. “Music has no barriers, no boundaries. If you watch a movie, you listen to an original score and even though it doesn’t have lyrics, you feel it,” she says. “So even if you don’t understand the lyrics, the vocals can be an instrument.”

One of Qu’s favorite parts of her North American tour, she says, is seeing English-speaking audiences sing along to her Chinese songs and vice versa. “I witnessed what the music did to people–it connected us together. This has always been a lifelong dream and something I believe in my heart.”

And this philosophy shines through. On stage, Qu has a great connection with the crowd, joking around and revealing parts of her personal life that inspired the number she’s about to belt out. And at many of her shows, including her recent Lunar New Year concert in New York, she sticks around to talk and hosts signing sessions afterward for her fans.

Qu is currently working on a third album, as well as a much-anticipated single for Rain Li’s film Beijing, New York. At the end of the day, Qu says, her goal is to touch as many people as she can with her music: “It’s not because I want fame or recognition. I feel like my songs have purpose and power.”