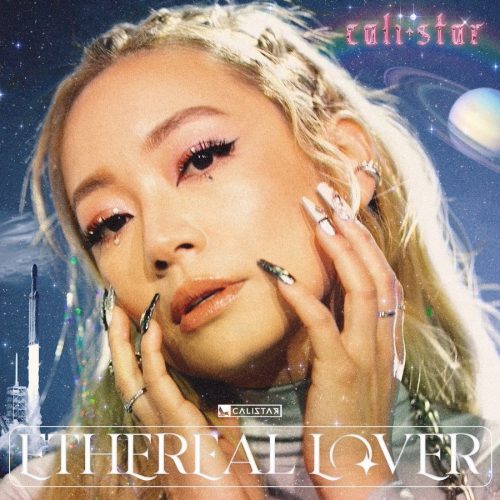 When I first met the multitalented multihyphenate Calista Wu on the social audio app Clubhouse back in January 2021, I didn’t think she was real. Not only is she a lawyer and former 9th Circuit judicial law clerk, Wu is the founder and premier star of entertainment company Cali Star Entertainment, and general counsel for Hate Is a Virus, and she’s on multiple boards of nonprofit organizations like Asian Americans Advancing Justice Los Angeles. Wu is also a singer-songwriter and one of the top, in-demand influencers in Los Angeles.

A master of the pivot, Wu is gorgeous, fiercely intelligent, talented, bold, driven, and ambitious.

I was super intimidated. But even moreso, I was fascinated.

How did a Taiwanese American woman from the ethnic enclave of the San Gabriel Valley in Los Angeles first become a singer, despite few examples of Asian Americans in the music industry? And why, just when her career was about to take off, did she abruptly shift to attend law school — only to return to singing and entertainment after becoming a successful lawyer?

Did I mention that Wu started her company Cali Star Entertainment after two bad car accidents left her with a traumatic brain injury that rendered her unable to read?

From an early age, Wu knew she wanted to be a singer and a lawyer. “I would tell everyone that’s what I was going to do, and I think people were shocked,” she said. “But I really do think that it was somewhat like a divine calling or knowing.”

Like many Asian American kids, Wu studied hard and took a bunch of extracurriculars (including singing and piano). And after graduating from the Haas Undergraduate Program at the University of California Berkeley, Wu chose to do management consulting in the tech industry for a few years.

And then, Wu found her way back to her religious faith.

It’s Not Too Late

“This is crazy because I didn’t take the LSAT. [I thought] ‘I don’t know anyone in music. It’s too late. I’m already this management consultant,’” Wu shared. “I was reminded of my childhood dreams and my calling. And I felt like God was like, ‘Well, if you trust me and lay everything down, it’s not too late. I’ll catch you up — but it’ll be a very intensive process.’”

And so she did.

Wu quit her job only after securing herself another job that started three months hence. In her mind, she was going to take a tiny break and then return to work. During that time, she went to help different orphanages around the world and did ministry with nonprofits, but ultimately realized it wasn’t quite the right path for her.

“I’m not good with the outdoors. I’m not physically strong. I don’t have a medical background. So I can’t really help these villages. What can I do with my life to make a bigger impact?” explained Wu. “I felt like God again was saying, ‘Hello! You’re gonna do music in LA.’ And so I said, ‘Okay, okay, that’s fine.’”

That’s why Wu ended up declining the job she’d lined up in San Francisco and taking time to discover who she was in order to follow this new vocation. During this time, she pursued inner healing, singing ministry at church, ghostwriting a Christian book for her pastor, writing songs, and finding producers to help her make an album.

One of her producers introduced her to another producer, and before she knew it, Wu was in a community of Asian American entertainers. Wu started writing and ghostwriting with different artists in that community and released an EP in 2009 with the full support of her new community.

And then Wu gave it all up.

After the release of her EP in 2009, to the shock and consternation of her peers, Wu turned down an offer to sign at a record label. A new path was made clear to her: law school. “I felt like I needed to equip myself to not be afraid and, long term, to have more tools in my tool belt to help [not only] me but also my community and my friends in this industry,” she explained.

Wu started law school in 2009, fully believing that she would never sing again. She graduated law school, clerked for the 9th Circuit, worked at a prestigious law firm, and stayed involved in the AAPI community. Wu assumed that, in the meantime, someone from the Asian American community would break down the barriers enough so that Asian American artists would be relevant and part of mainstream culture.

“I’m realizing that not as much progress has been made in this representation area as I had hoped,” Wu confessed.

Wu quit her position and started Cali Star Entertainment in September 2020 — eleven years after she first left the industry. She started working on new music and was determined to “break some barriers and create some bridges for the next generation in terms of representation.”

On New Year’s Eve 2019 and again in February 2020 (right before the outbreak of the COVID-19 pandemic), Wu was involved in two major car accidents, suffering multiple concussions and traumatic brain injuries. Wu lost her ability to read, had a hard time processing information and maintaining balance, and suffered from many bulging discs. As a result, she had to go on emergency medical leave.

“It was very, very hard for me,” she confided, “because I lost the ability to do a lot of things that I pride myself in being able to do.” Wu had a hard time managing anxiety and processing information — and she didn’t know if she’d ever read again. Though Wu has recovered a lot, she still isn’t at 100% and has difficulty with balance and handling her emotions. “I didn’t know if I would ever recover. But I realized what makes me ‘me’ and what I value in life. Time is short and there are certain things that I want to do with my life.”

There’s a reason why Wu’s company motto is “pursue possibility.” Wu wants to inspire people to believe that there might be more in store for themselves. That it may be possible to explore the dreams they had when they were younger but never got to explore. That they don’t need to second guess themselves.

“What do you want to do and how can I help you get there? — [This] is what I do behind the scenes for people and organizations,” explained Wu. This core belief is at the heart of Wu’s entertainment company’s services.

Wu is a super connector — and is often called the influencer to the influencers for a reason. With a rolodex of over 5,000 contacts across entertainment, business, tech industries — not to mention law and finance — when people and organizations want something done, they contact Wu.

From bringing hype and coverage to an event or meticulously planning a gala and bringing in the big whales to fund nonprofits, Wu is the key.

At a packed launch party for her own music and singing career, Wu showcased exactly why organizations and event planners beg her to attend their events and join their boards.

In celebration of the one-year anniversary of Cali Star Entertainment, she not only premiered her Dua Lipa-inspired dance pop song “Ethereal Lover” and music video at the exclusive 3.1 Phillip Lim boutique store in Los Angeles, but she also booked prominent and up-and-coming Asian American businesses and raised money for Hate Is A Virus. The event was covered by Getty Images and attended by celebrities like K-pop star Kevin Woo and reality star Kevin Kreider.

You can check out the track Wu described as a “potential Romeo-meets-Juliet love song” with an M/V stylized like a “space disco.”

What’s the reason why Wu works so hard to build connections and support the Asian American community — especially in entertainment?

Wu explained that it’s her generation’s responsibility to build the next step of the bridge for the people who are coming up next. In particular, she wants to support AAPI in music because she feels a bigger, cultural component is missing right now.

“People don’t really know who Asian Americans are and how diverse we are because it’s not reflected in our music,” she said. “What does that look like to have Asian American voices come through on Spotify or Apple Music? In music, there’s still a lot of barriers.”

“We can’t get better if we’re not doing it, right?” she said. “What are the platforms that are going to help grow and incubate these artists? I want to help shape culture. I want people to understand there are differences between Asians and Asian Americans.”

Companies Need to Keep Up: The Effects of Anti-Asian Racism on Asian American Professionals

A survey by Coqual sheds light on how anti-Asian racism and violence negatively affect the mental health and...