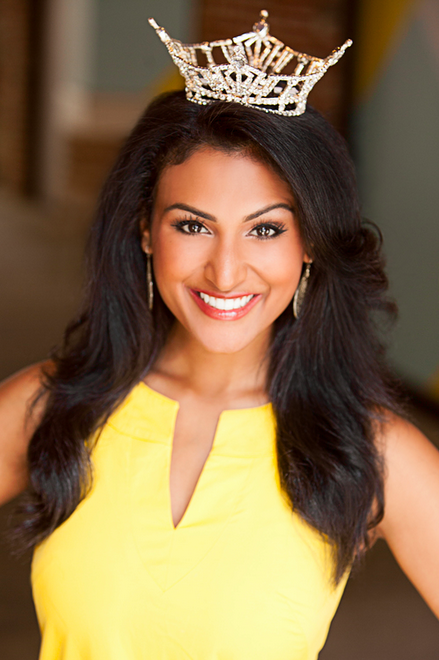 Holy pageants, Batman! Miss New York and Syracuse native, Nina Davuluri, took the title of Miss America on Sunday night in Atlantic CIty, New Jersey. The 24-year-old University of Michigan grad and med-school hopeful is the second Miss New York in a row—but the first Indian American ever—to take the crown. (We wonder if she’s also the first to take the stage of the talent competition with an energetic Bollywood fusion dance number.)
In a video on MissNY.org, Davuluri says, “Miss America has always been known as the ‘girl next door.’ However, as the diversity of America evolves, so does the image of the ‘girl next door.’ I hope to be remembered as the Miss New York who celebrated her cultural roots and through dedicated service facilitated a movement that encouraged others to be proud of their heritage and accepting of all cultures.”