Onscreen, he is the faithful cohort of a time-traveling superhero on NBC’s hit series “Heroes.” And similar to his superpower-wielding character, the man behind the amiable Ando Masahashi sports a few supernatural talents of his own — for starters, determination against all odds. 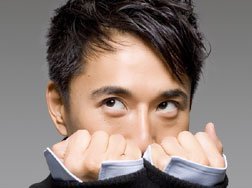 With nine film and television projects underway, James Kyson Lee is coasting on a wave of “Heroes”-induced fame. From the upcoming romantic comedy “White on Rice” to horror flick “Necrosis,” Lee enjoys running the genre gamut. “Each project is different,” says the 33-year-old actor who recently learned to play guitar for his musician role in “White on Rice,” “especially when you’re doing films. I have to perform with a quick learning curve. Any time you get to pick up new roles, you learn new skills.” A burgeoning global jet-setter, Lee has traveled to international shooting locales as varied as Bulgaria, England, and Japan.

By the summer of 2001, Lee says he had sold 90 percent of his possessions for a one-way plane ticket to Los Angeles. “I didn’t know how Hollywood worked at the time, but I felt like I hadn’t found my path, my identity yet … I felt like I needed to go to a new environment,” he says of his impromptu decision. Of course, not everyone took Lee’s newfound initiative as good news, least of all his parents. “They thought I was crazy; They didn’t know what I was doing. But I needed to go and find my life,” he says. Selling his used car for $1,800, Lee resisted any qualms and naysayers and flew to Los Angeles, landing late in the evening with only a rental to call his own.

“I was supposed to spend a night at a hostel. But when I got there, I ended up driving around the ocean,” says the star, chuckling at the memory. “I got completely lost, ended up at some mall parking lot, and fell asleep. I fell asleep in my rent-a-car.” 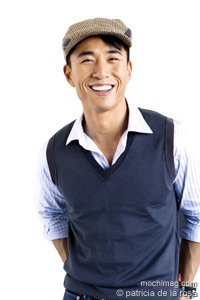 After gaining some bearings, Lee immediately hit the L.A. scene, looking to break into show business. He enrolled in community college acting classes and began to train in various performance arts. “I took acting classes, jazz dancing, musical theater, anything I’ve ever been curious about but never went for,” he says. “Twenty years of repressed creativity exploded. I felt like I kept discovering these new worlds.” To pay the bills, Lee tutored SAT classes and worked in educational theater troupes that toured public schools. Eventually all the “safe sex” and “family communications” skits made way for bigger things. Lee landed his first television gig, a small guest part on CBS’ JAG, within three years of living in Hollywood.

However, it wasn’t until Lee was cast as a certain Japanese-speaking, Western culture-loving sidekick on runaway hit “Heroes” that he began to reap national stardom. “He wanted to escape the Japanese corporate life,” says Lee of his righteous-mannered character, Ando. “A lot of times, he’s the comic relief [and] the voice of reason; I feel like my story line is more light-hearted. That’s why it’s fun to play Ando.”

The Korean American says he has no trouble slipping into his Japanese alter-ego. Relying on his Japanese classes from college and an on-set vocal coach, Lee takes care to avoid turning his character into a stereotype. “You make sure to bring the integrity and the strength of the character you play through,” he says.

After all, Asian representation in the media doesn’t need to take any punches. “Statistically, we are the smallest represented,” says Lee on the state of Asians in American media.

Though the recent breakout successes of actors such as Lee are pushing up against the glass ceiling, for this “Heroes” star, progress begins from the creative level. “It starts from the written page, when you have more successful [Asian American] writers and filmmakers. The more people in this field, the more these projects will become a reality,” he says. “We, as a group, are very young in this business… We still have a long way to go.”

Lee views his own career in a similar light: satisfied with what has been accomplished, but believing there is a much longer road ahead.

“Ultimately, [my goal is to] be part of projects that tell a powerful story or make a strong impact,” he says. “I’m just getting started on this journey. The last couple of years has been great; I feel like I’m in the early stages of my career.”