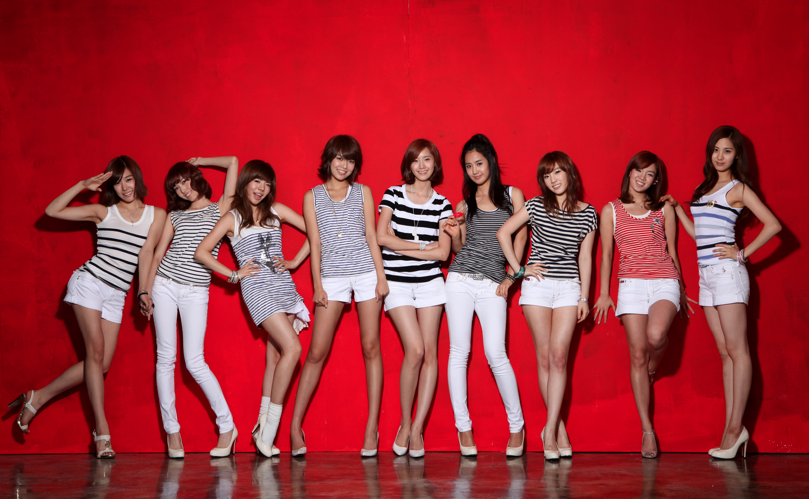 It’s been a good couple weeks for the Kpop scene in America. Girls’ Generation (also called SNSD, which is the abbreviated version of the group’s Korean name) is one of the top female groups in Korea, which consists of 9 girls, 2 of whom were born in the U.S. They recently debuted their English hit song “The Boys” on two popular American talk shows, “Late Show with David Letterman” on 1/31 and “LIVE! with Kelly “on 2/1.

I wasn’t a huge fan of “The Boys” when it was released last October, but I must admit both performances were actually awesome. Since Wonder Girls recently debuted their first American TV movie, it’s hard not to compare the two girl groups. Wonder Girls know how to work a live audience, but SNSD have a stage presence that shines through with one song. The Letterman stage was small and one of the girls was practically running into the piano, but each girl nailed every dance move with confidence and sexiness that showed their veteran performer skills. On Kelly’s show, the girls are interviewed for a couple minutes after their performance. It’s obvious that the two girls who were born in America were carrying the conversation, but it was still very entertaining, especially when they teach Kelly one of their dance moves.

Language is one advantage Wonder Girls has over SNSD; they’ve been infiltrating their way into American hearts for several years now. They are also improving their English-speaking skills. SNSD may have what it takes to break into the American market in terms of talent and star quality, but without a grasp of English, they will always be a Korean pop group guest starring a song on an American talk show.