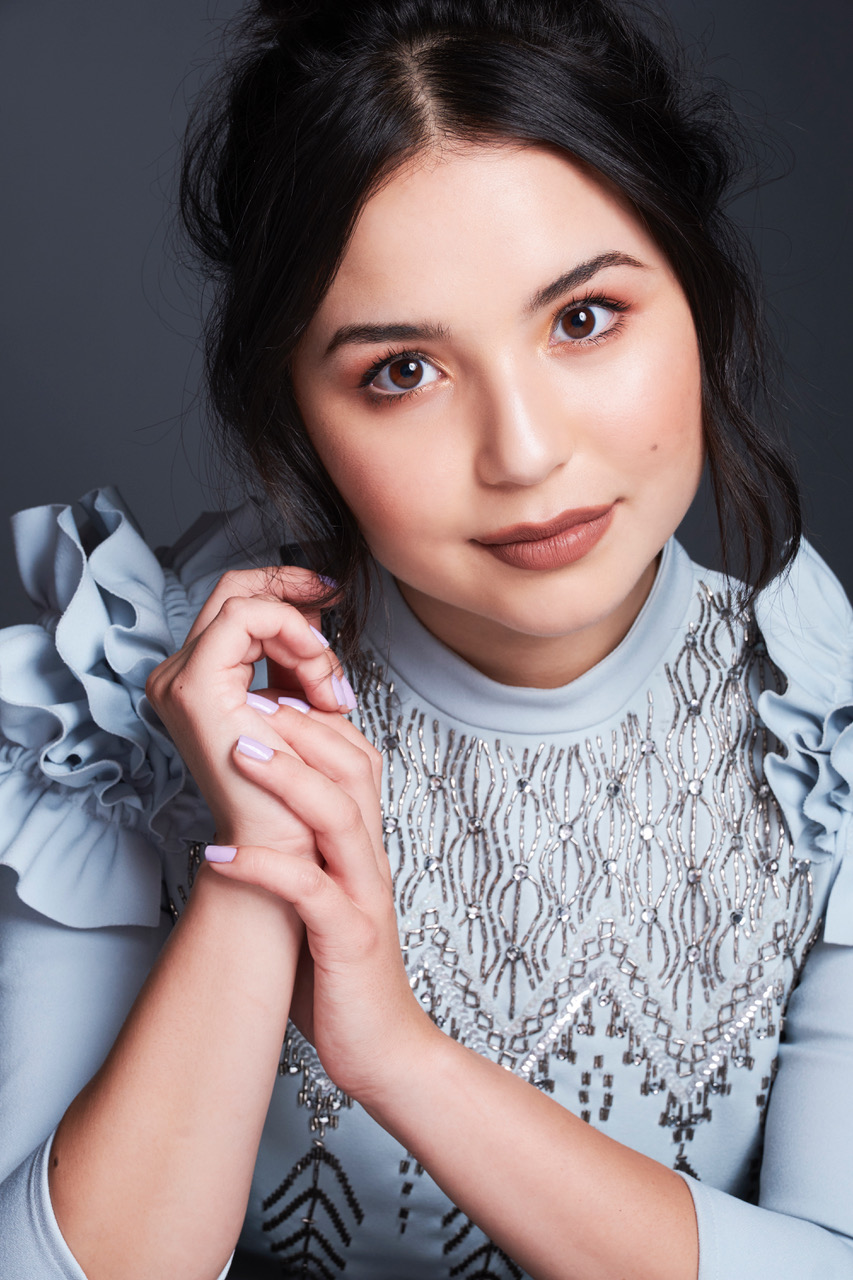 Megan Lawless likes chicken nuggets. “I love barbecue sauce with tenders,” she confesses. Friendly and relatable, Lawless is a first year student at University of California, Los Angeles (UCLA) and stars in one of this year’s most anticipated films, “The Hate U Give” (THUG), now showing in theaters.

The film is directed by George Tillman Jr., based upon the Angie Thomas book of the same name, and follows teenager Starr Carter, who switches between two worlds — living in a lower-income, black neighborhood and attending a wealthy, predominately white preparatory school. Lawless plays Maya, Starr’s best friend in school. Even though it’s barely 9 o’clock in California, Lawless energetically discusses her love for SZA, what it means to be brave, and youth-driven political activism.

How did you approach Maya’s experience as a young Asian American attending a predominantly white high school?

I personally have gone through similar experiences. I grew up in the south and everyone would always ask me “What are you?” and I’d be like, “Oh! I’m from Georgia, I was born in D.C.” And they’d be like, “No, but what are you really?” and I’d say “Well I’m half Chinese and half white.” My mother was an immigrant from Taiwan, and she’s always told me what it was like growing up as an Asian girl in a white community. So I can also pull from her experiences.

What are your thoughts on the relationship between young black Americans and young Asian Americans?

Even though we are very culturally different, there are many similarities between minorities in the U.S. In the film, we see Maya and Starr come together; in the book they have a “minority alliance” because in their white school, they’re the only minorities – they can understand what minorities go through sometimes. I think young black and Asian Americans are going through similar things and understand perceptions that aren’t true about minorities – they understand that commentary and can bond over that.

There are so many brave characters in THUG, including Maya. What does bravery mean to you?

For me, that would mean doing something that makes you scared or uncomfortable. My whole life I’ve always had high aspirations and big dreams. I’ve gotten rejected and failed so many times in the industry, but my mom and I worked through it. We just stopped caring about the failure aspect of it.

What is Maya’s biggest strength?

I would say her compassion, because she’s true to what her friends stand up for.

What was the feeling like off camera given that the movie’s topic is so serious?

When we were working on our scenes and in the mode, we took it very seriously. And so when we were working, it was like game time. But because it’s so heavy, you do have to step back and decompress. In between takes, when we would have lunch or dinner breaks or were in hair and makeup, we’d decompress together. Me and the other girls, we would listen to SZA. We love her, she was our favorite artist at the time. We would dance and listen to SZA to get out of that heavy state and let loose because emotionally, after a scene, we needed to take a step back from our characters and have a healthy emotional wellbeing.

THUG teaches young people that having a voice is a powerful tool. How do you hope that this film will be heard?

I think in the past, young people didn’t feel like they had a voice. But more recently, with my generation, social media and films like this are coming out that spread awareness and take the taboo – or the stigma – out of sharing these issues. We see people speaking out. I hope that this film will encourage people to find their own voices and speak up about little things, so that we can all become more aware.

What do you think about this generation and political activism?

I think we’re pretty politically active, although we do need to vote more. Now with social media, people have an outlet to express their feelings instead of having their opinions brushed off. Our generation has a voice through social media, and there are so many marches and rallies going on that a lot of young people show up to support different causes.

Which community are you most proud?

I would definitely say the community I’m most proud of being a part of is the Asian American community. Since growing up, I’ve been fascinated by my mom. She’s always been my role model. I am so proud to be an Asian American. Whenever I meet someone, especially someone who is mixed race or wasian, I instantly click with them and feel a bond.

Quotes have been lightly edited for brevity and clarity.