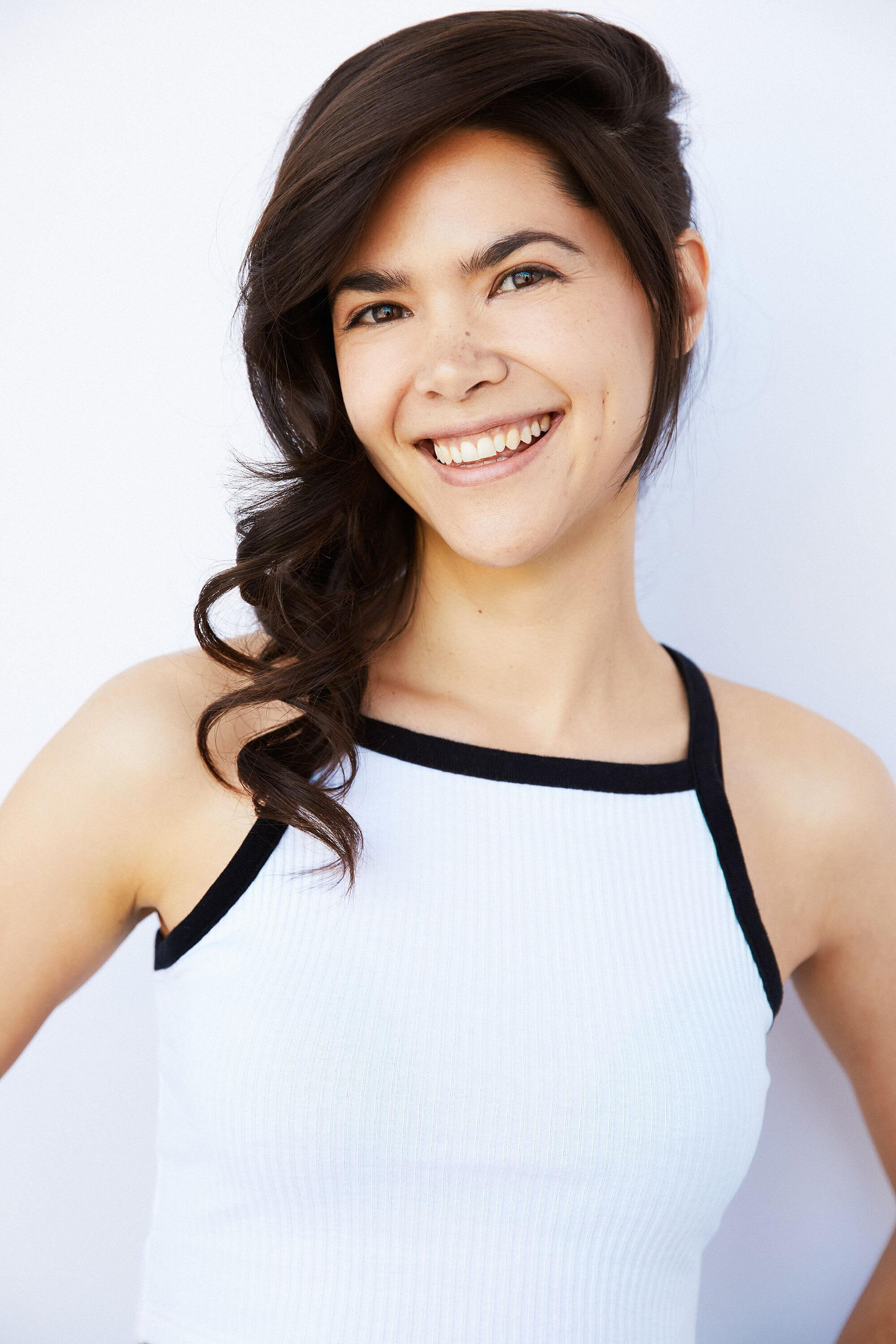 Since the start of her acting and comedy career, Lilan Bowden has been her own personal hypewoman. At casting calls, you can’t afford to be self-effacing, particularly as a mixed-race Asian actress in white Hollywood.

“I don’t want to come off as cocky, but [to casting directors] you have got to just be like, ‘I will help you out because I am a great choice for your role,’” Bowden says, with an emphasis on “great.” Best known for playing Bex on “Andi Mack,” Disney’s first show to feature an Asian American family, Bowden is no one-note actress. Her filmography showcases her broad, genre-spanning range, from a series of “Funny or Die” videos driven by zany, female friendship comedy to a stint on “Conan” as a lesbian zombie.

Her quiet confidence has helped her weather over a decade confined to auditioning for roles like “ethnic best friend,” lined up next to other non-white actresses hoping to play second fiddle to a white female lead. In a time when Asian-American stories feel commonplace with last summer’s release of Lulu Wang’s “The Farewell” fresh in our minds and a “To All the Boys I’ve Loved Before” sequel in the works, it can be easy to forget that not so long ago, the representation of Asians in media was scant and one-dimensional.

“There’s still a lot of progress to be made, but Hollywood has definitely changed from when I first started acting in 2007,” says Bowden. “Back then, we didn’t even have the language to discuss racial stereotypes and underrepresentation.” She relates strongly to Sandra Oh, whose interview with Vulture detailed being unable to see herself as the lead while reading the script of “Killing Eve,” a heartbreaking account that underscores just how deeply internalized racism can be among actors of color.

Seeking to showcase her acting chops on her own terms, Bowden carved her own way online, building a career defined in large part through independent comedy shorts. She recently directed a film of her own, “Becoming Eddie,” L.A. comedian Ed Lee’s coming-of-age story set in the 1980s. Her roots as a performer, however, lie in the world of improv comedy. She’s part of the community at Upright Citizens’ Brigade, having first joined their house team after moving to L.A. and where you can still find her performing in their monthly variety show Asian AF.

Bowden rolls her eyes at the notion that Hollywood’s done its duty in advancing diversity and inclusion. “People go on and on about how we’ve had an Asian explosion, Asian invasion, #AsianAugust,” she says, referring to the hashtag celebrating the release of “Crazy Rich Asians” in August 2018, as well as the release of “Always Be My Maybe” in May 2019. “Well, now we’re in the rest of the year. How exciting, guys. Everybody chill. We still have such a long way to go.”

Even among Asian Americans, there’s work to be done, with some people still uncomfortable with the fact that many prominent Asians in media are mixed-race, rather than full Asian, a distinction discussed most recently when British Malaysian actor Henry Golding was cast in “Crazy Rich Asians.” Although Bowden, whose mother is Taiwanese and father is white, feels that making these distinctions is unproductive, she agrees that her being “hapa” may compromise her ability to represent the community.

As someone who might possibly read as Mexican or Middle Eastern, she recently wondered if she would be judged for wearing her mother’s blouse with a traditional Chinese collar while on audition for Awkwafina’s new show. “It’s a unique part of the experience of being mixed. You have these things that you’re connected to, but because you know how the outside world perceives you, you wonder if you can be the gatekeeper of these stories,” Bowden says.

Bowden’s experiences growing up place her squarely in the camp of more assimilated Asian Americans. As a young child she grew up among a rotating cast of relatives from Taiwan, including her grandmother, who cooked her dinners of mapo tofu and steamed fish with scallions, but was never pressured to become fluent in Taiwanese. Bowden’s understanding of her identity didn’t deepen until college and after, when she was confronted by the lack of representation of people like her in entertainment and the nicheness of the Asian American experience in California.

In her career, she’s had to add the accents of other Asian ethnicities to her repertoire, a practicality that signifies that she firmly belongs to Hollywood’s Asian American community. She’s also endured demeaning experiences where she’s needed to stand up against the writing of one-dimensional, stereotyped Asian characters. A white male writer on a comedy sketch showcase tried to get her character to say how much she loved Panda Express. In that instance, she put her foot down, but other times, she had to “suck it up” at a time where performers of color were simply expected to play along.

With “Andi Mack” having aired its final episode in July, Bowden’s kept busy with projects like “Becoming Eddie,” performing more in the L.A. comedy circuit and writing a half-hour comedy show with her best friend and creative partner Wilder Smith. She’s hopeful about the future of Asian representation in the media and her place in it. In her eyes, there’s enough room for every voice in Asian America, mixed-race and otherwise, to be heard.