Home Career, EntertainmentActress Jamie Chung on Her ‘Real World’ Past and Embracing Her Future 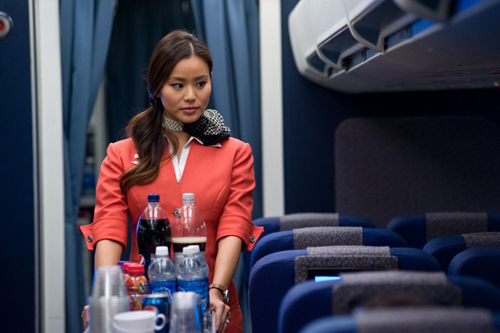 Not everyone can say they first discovered their true calling at Korean Catholic camp—but that’s where actress Jamie Chung first remembers catching the acting bug. “We’d break into groups, have a leader and put on these skits,” she says. “I had absolutely no fear. I loved the whole creative process and entertaining people and making them laugh.” But in high school, Chung tabled these passions to focus on her studies, not stopping until she graduated from college. “I could not see myself going into higher education, so I moved to L.A. and jumped right into things. I got a manager and started taking classes.” Sounds fearless, right? “I’m so ashamed of failure that I didn’t tell anyone what I was doing, not even my parents,” she says. “I didn’t even tell them that I booked my first job on a soap opera.”

This, of course, wasn’t Chung’s first experience in front of cameras. During her sophomore year of college, she worked as a cocktail waitress at a local bar. A little show called “The Real World” happened to be in town, and the casting call was held at the bar where Chung waitressed. “My boss asked me to come in during the day, which I thought was odd,” she remembers. “I came in, and the casting director saw me and asked me to participate.” She was ultimately selected as one of seven cast members for “The Real World: San Diego.” “It was drama-filled, but it was a fascinating social experience,” she recalls. 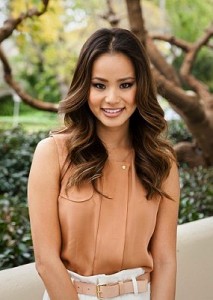 While many believe that it was “The Real World” that launched Chung into stardom, it was actually quite the opposite. “There’s a negative stigma that comes with being on a reality show,” she says. “And you can’t blame casting directors for thinking that way. My manager and I wanted to avoid putting it on my resume, as opposed to substantial projects.” That’s not to say she didn’t learn anything about show biz from the filming. “You’re engulfed in this world of cameras following you around during the most intimate moments of your life,” Chung says. “It taught me to ignore the cameras and pretend they weren’t there.”

What truly did launch Chung into stardom was the steady stream of eye-catching roles she’s been cast in lately, most notably in last year’s “Sucker Punch” and “The Hangover Part II.” She also turned heads starring in “Eden,” an independent film about sex trafficking that made a big splash at SXSW this year. “It’s rare to find such cool material and well-rounded characters,” says Chung. “And it’s rare to find something written so beautifully about a serious subject matter, and even rarer that it’s written for a Korean American actress.” Chung, who plays a human trafficking survivor, had to do some serious studying for the part. “It’s ultimately about the research,” she says of reinventing herself for each of her roles. “I watched CNN specials of girls that were forced into trafficking. I read Jaycee Dugard’s biography about what it was like to be held captive. It’s about absorbing as much as you can and interpreting that into what’s appropriate.”

Chung’s latest role in “Knife Fight,” as the assistant to a political campaign advisor played by Rob Lowe, is a little less of a stretch. “It was fun to play a smart, witty, fast-talking lesbian who comes from a similar background,” she says. No, Chung isn’t a lesbian. “She’s a first-generation Asian that has taken an unconventional job route.” Yes, that sounds a little more familiar.

In the movie, which premiered recently at the Tribeca Film Festival, Chung plays the doe-eyed voice of reason, a slightly naïve assistant who, throughout the movie, picks up some of the tricks of the trade. Surprisingly, her character drives much of the storyline, and Chung shines in a highly star-studded cast that also includes Julie Bowen of “Modern Family,” Carrie-Anne Moss and more. “The trick of the trade is working with great actors,” says Chung. “It’s like free acting courses. I didn’t take a lot of theater in college, but I certainly have come a long way since I started.”