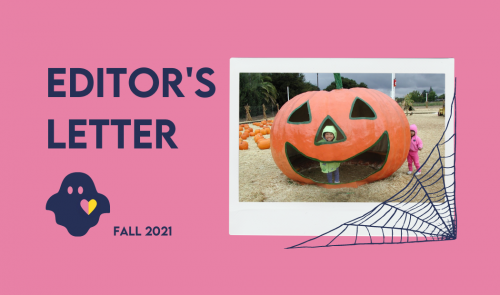 True story: In 2001, I saw my first ghost. Although I was only five years old, I should have been prepared for it. In my Filipino Chinese household, stories of spirits abounded. Older family members would share stories of the friendly ghouls and less friendly troll-like beings wandering houses and gardens right alongside them when they were children growing up in the archipelago. The paranormal caricature simplified by white culture and Christian religions is one that pits good against evil, humans against the spirits, but in our cultures, the supernatural is so much more than that. Still, the sighting coupled with a childhood fear of the dark doubled my anxiety to the point that I didn’t look at mirrors or cross thresholds at night without double- or triple-checking that there wasn’t anything there.

The biggest thing that caught me off guard was that I had somehow come to the conclusion that in America, there were no ghosts because we live in “civilization.” I was entirely wrong — not only do we walk among them, we walk among much scarier and more pervasive phantoms as Asian Americans.

Through the years, I came to learn that the most treacherous things in life are not what lurk beyond the shadows but often what is right in front of you. Whether that’s the Sunday Scaries fueled by American capitalism, the inescapable clutches of white supremacy, or the uncle in the family who believes in Q-Anon, oftentimes the most insidious forces are the ones that are systemic, socially constructed, and man-made.

In this issue, we decolonize the fear that surrounds topics like death, delve into societal taboos like abortion, and dismantle misconceptions about our superstitions. You can delve into the intricacies of Asian American tarot and learn how TikTok enables creators to move beyond the gender binary in ways authentic to themselves. Just in time for Halloween, we critique the Netflix Original series “Trese” (an anime that casts Filipino folklore upon a noir horror genre), and we interview the costume designer for the newly released 007 film, “Time To Die.”

At Mochi, I am also thrilled to share that we have expanded our team and want to welcome our new staff members with wide arms. We couldn’t do what we do at Mochi Mag without the tremendous energy that our volunteers bring, but to say that this year was tough is an understatement. Our plan is to wrap the year up with our usual amount of off-issue articles and come back refreshed in the new year with our winter issue (February 2022). With that in mind, we would appreciate your support: Amplify Mochi’s mission by funding our end-of-year Ko-Fi campaign.

In Tagalog, ingat is the word we use to say goodbye, yet it translates into “be careful.” As a child, I interpreted this as a warning to be careful of all paranormal forces that existed in the island nation; today, as an adult, I see it as a reminder that there are structural and societal oppressions outside of our control and that we must send one another into that world armed with care. And so as we part, for now, I say to you, “Ingat kababayan.”